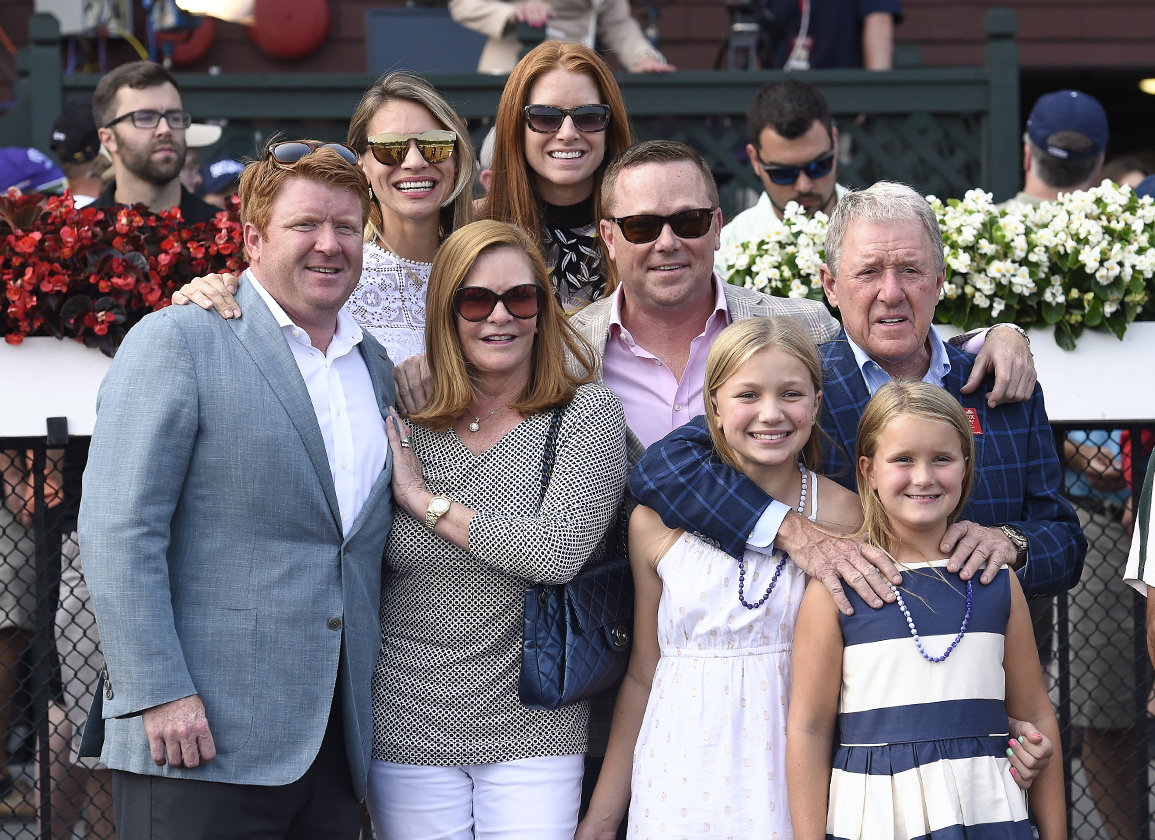 Four years ago, Andrew Hudson and his father Greg and brother David decided to partner up on some race horses, purchasing three yearlings for their fledgling Hoolie Racing Stable. The partnership had near instant success when Dream It Is (Shackleford), purchased for $50,000 at the 2016 Keeneland September Yearling Sale, won the GIII Schuylerville S. at Saratoga in 2017. The original trio of purchases added another graded stakes tally to its resume when Admiralty Pier (English Channel), purchased in partnership with Bruce Lunsford for $100,000 at the 2016 Fasig-Tipton Saratoga Yearling Sale, captured the GIII Tampa Bay S. in February. Hoolie Racing may have unleashed another star-in-the-making when Malibeauty (Malibu Moon) came home the easiest of winners in her six-furlong debut Saturday at Tampa Bay Downs.

“I was impressed and somewhat shocked as well,” Andrew Hudson said of the victory. “I didn’t know what kind of performance we were going to get. She was probably a work or two short, to be honest, at least in talking to [trainer] Christophe [Clement]. She had only gone five-eighths, I think, once. We were hoping to get another work or two into her before she started, but with the uncertainty of what was going to happen at Gulfstream, Tampa and racing around the country, we thought it would be best to try and get a race in last weekend. There was actually a race at Gulfstream that filled, so we didn’t get in there, but we got into the Tampa race.”

Malibeauty, the 17-10 favorite in Saturday’s fourth race, was niggled at a bit to keep pace from an early third. Blocked for a stride or two with 2 1/2 furlongs to travel, she split rivals leaving the three-sixteenths marker, was confidently ridden into the final eighth of a mile and trotted in to win by one length while under a double hammerlock from Samy Camacho (video).

“She wasn’t running against much, I don’t think, but the way she did it was pretty impressive,” Hudson said. “I’ve watched the race 100 times–I’m a junkie–and it was great because she got an education. She got bounced around a little at the start, she had to take a little kick-back, which I don’t think she really loved, but Samy did a good job. He got her out in the clear, she split horses. Then at the head of the lane, I was like, ‘What in the heck is he doing?’ He never moved. And then she just galloped right on out there, so it was exciting to say the least.”

While Hoolie Racing Stable started with three purchases from the yearling sales, Malibeauty was purchased for $235,000 at last year’s OBS March sale, where the filly was originally bought back.

“As most sales go, I was looking at everything and my plan was not to buy anything,” Hudson recalled. “She did make our short list, but we didn’t bid on her. Pattie Miller [from EQB] was the one who picked her out for us and once she was available after the sale, I sent Patti back to talk to the DeMerics and we settled on a price.”

Malibeauty (hip 250), a half-sister to multiple graded placed Imperial Council (Empire Maker), worked a quarter-mile in :21 flat at the sale.

“Her work down at OBS was great, I thought,” Hudson said. “She did it really easy and she galloped out great. And then physically, for lack of a better word, she has a nice engine. It looks like she can get a lot of thrust there. It just kind of worked out.”

Malibeauty was originally slated to begin her career in Canada with trainer Barbara Minshall, who also trained Dream It Is.

“We had sent her to Barbara in July or August last year,” Hudson explained. “She was very close to entering and she had a little bit of bone bruising, so we sent her back to Travis [Durr] down at Webb Carroll Training Center and just kind of sat on her to bring her back early in the winter of her 3-year-old year. We decided once she was with Travis that she might like the dirt a little better than the synthetic. So we got hooked up with Christophe–she’s the first horse we’ve had with Christophe.”

Of Hoolie’s one-for-one start for Clement, who just passed his 2,000 win last week, Hudson said with a laugh, “You can’t win them all unless you win the first one.”

He added, “Christophe is on the same circuit we like to be on, being based in Saratoga in the summertime and being at Payson in the winter. My dad lives about 30 minutes from Payson, so we were trying to find a trainer that we liked that, in our opinion, did things the right way. Christophe was a natural fit for us, as far as location, and his record speaks for itself and his integrity speaks for itself, as well.”

As for Dream It Is, Hoolie Racing Stable’s first graded winner is still a member of the family and delivered her first foal in January.

“She had a little stress fracture after the Schuylerville,” Hudson said. “She came back and wasn’t herself. We had some people interested in buying her privately and we toyed with the thought of selling her in the November sale that year. But when I told my mom we were thinking about selling her, I thought she was going to strangle me. Our family enjoys it and we enjoy doing it together. I think Dream It Is will always be the fourth child in the family.  So we decided to keep her and she just an Empire Maker filly back on Jan. 9, which is actually my birthday as well. So that was cool. And she is going to go back to Street Sense.”

As for the Empire Maker filly, Hudson said, “I think without a doubt we will keep the first one. I don’t know that she could ever be worth to anyone else, what she is worth to us. As we get more and more, maybe if we get a colt, we’ll sell. But I think we’ll definitely keep Dream It Is in our broodmare band and we’ll be keeping the first filly. I’d have a tough time to part with her for sure.”

The Hoolie Racing Stable, which started with three yearlings in 2016, now numbers some 20 head, between 10 horses in training, as well as broodmares and foals. Hudson admitted he finds the broodmare band, based at Claiborne Farm, just as exciting as the racing prospects.

“I enjoy trying to figure out what is the right mating,” he said. “In fact, two minutes after Malibeauty crossed the finish line, I was already looking at nicks to see what lines she goes well with. We started just buying fillies on the higher end in hopes of turning them into broodmares. And we did that with Dream It Is. It looks like Malibeauty will be a potential broodmare. And we have a Munnings filly named Another Time who has won three out of eight and she looks like she’ll be pretty nice as well. So we’re having some luck buying and racing fillies and then hopefully turning them into broodmares.”

Hoolie Racing Stable, named after Hudson’s grandfather who owned horses at Ellis Park and instilled in his son and grandsons a love of racing, is all about family.

“My dad, by brother and I, we talk almost daily,” said Hudson, who grew up in western Kentucky and now lives in North Carolina where he helps run the Hudson Automotive dealerships founded by his father.  “For a group that has as few horses as we do, we stay on top of it. We enjoy it and it brings us all together with a common goal. Everybody loves the horse racing in our family, including my daughters, my mother, the whole crew. So everyone stays on top of it. We love it.”