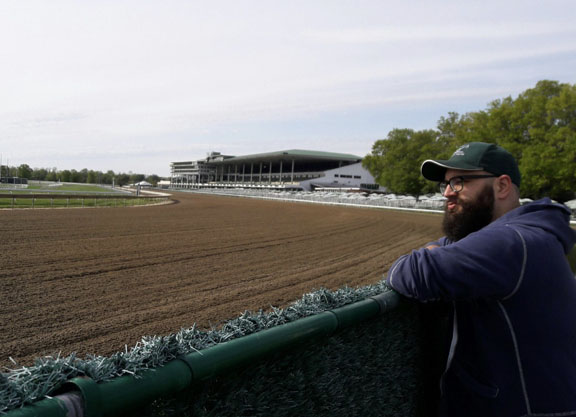 With racing's temporary opportunity as the only game in town, the TDN's Katie Ritz took a poll of some industry insiders known to like a good bet and asked them: what is one simple way that tracks could make betting more friendly for existing horseplayers and/or more effective at bringing in new players? As you'll see, none of them could stop at just one.

My answer will probably differ from most, as I think there's far too much focus on trying to cultivate an army of novice $2 bettors and not enough of an emphasis on making the game attractive to individuals who will actually generate serious churn. The way to attract the latter group is to make racing more bettable (i.e. better, more accessible data; far better policing of cheating, etc.) and more beatable (i.e. lower take-out; better wagering options, etc.). We need the person who's currently building a computer model for daily fantasy sports or the one who's beating six-person sit 'n gos on an online poker site.

I don't know many people who became serious horseplayers or industry participants because the game was dumbed down to them or presented as easy–it appeals to those of us who love the intellectual challenge and puzzle of it all, and I still believe wholeheartedly that racing is the best and purest gambling game (when it's not being destroyed by shortsighted cluelessness).

Horse race wagering in its traditional format is different than some more popular forms of gambling in that it's not house vs. player. Sports books run bettors off or limit their action when they're deemed too good, and casinos loathe card counters and savvy video poker players who know how to find positive expected value. While racing doesn't treat its better players with such explicit disdain, it renders itself perhaps even more uninviting to the “sharps” with its very close to unbeatable rake; prohibitively expensive, inaccessible and/or inaccurate data; either inept or indifferent approach to cracking down on doping; and lack of seriousness when it comes to other matters of oversight and transparency.

While I believe the focus should be on making betting more friendly for serious horseplayers, most reforms would benefit everyone to varying degrees. The reality is that the average guy at your neighborhood OTB doesn't know and won't care about take-out rates (believe me–I've spent way too much time in them), and he's going to lose in the long run either way. But he's going to hang around a lot longer at a 10% effective rake than he is at 20%. Everyone (besides the cheaters) benefits from a cleaner, fairer game and legitimate data. The sophisticated players will probably just care more, and in turn bet a lot more (my personal handle would probably triple overnight if take-out was cut in half). And advantage players currently focused on other games will absolutely shift their attention to (or back to) racing.

“New fans” in the traditional sense are great and we certainly shouldn't discourage them, but one sophisticated new bettor is worth far more to the bottom line than dozens of new casual bettors. The sophisticated ones also become the next Marshall Gramm or Joe Appelbaum or Jim Covello.

It's not about dumbing things down. Instead, let's finally play to our strengths and give people a reason to bump up their handle.

So much for “one simple way”… but here are a few more concrete ideas that would benefit just about everyone: