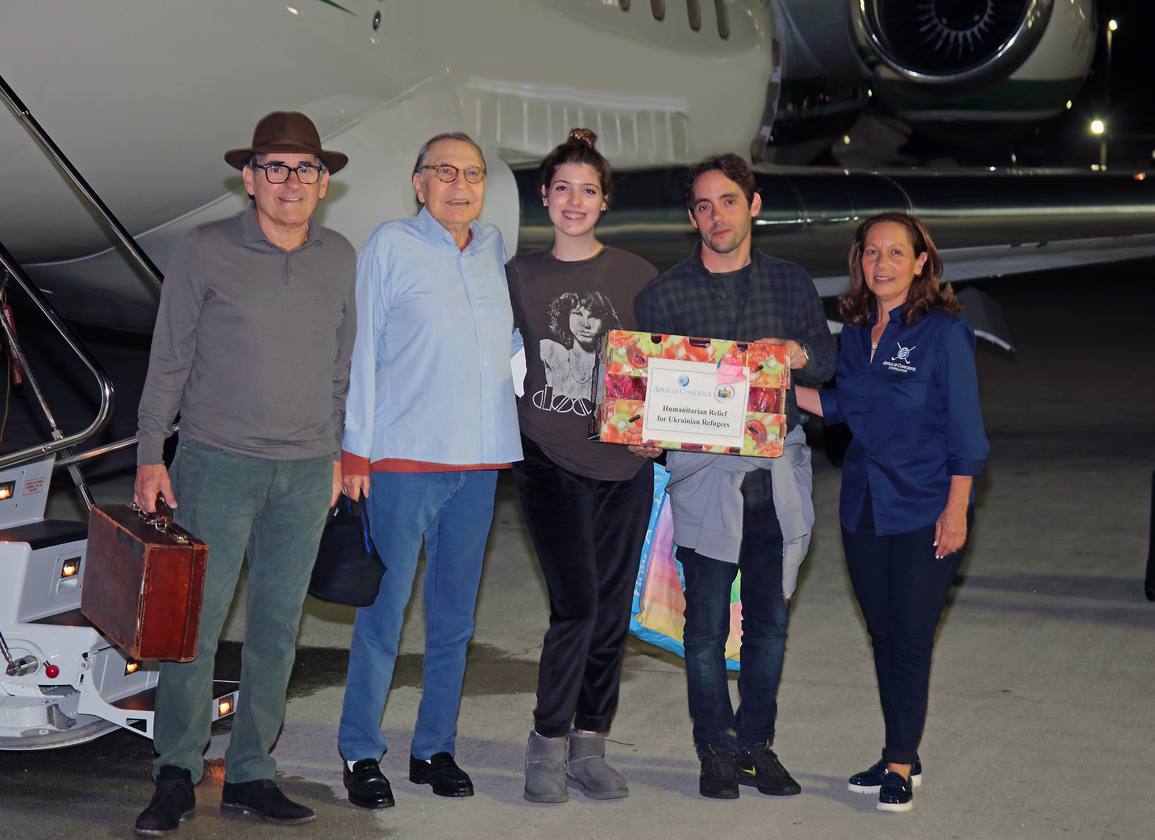 Peter  Brant, Earle Mack, Lily Brant, Christopher Brant and Karen Dresbach on the tarmac as a plane loaded with medical supplies, food, clothing, and other essentials for Ukrainian refugees arriving in Hungary prepares to take off. | Photo courtesy of Appeal of Conscience Foundation

A horse owner and a philanthropist, Earle Mack has a well-deserved reputation of being there for people in need and getting things done, so it should come as no surprise that he led a delegation that brought medical supplies, food, clothing and other essentials to Ukrainian refugees who had made their way to the border with Hungary. He's back now, after a mission he said was some parts sad, some parts gratifying and some parts inspiring. He achieved what he set out to do, make a difference.

“It was emotionally a very difficult experience, but I'm happy we went,” said Mack, who enlisted Peter Brant to come with him on the trip. “The stories I heard about the indiscriminate shooting of women and children and the looting were horrific and brought me to tears. People who lived there all their lives had to leave their homes in order to save their lives. Wives and mothers left their husbands and sons behind to fight. Some of the women and children I visited at the Budapest Church Refugee Center had to walk in the freezing cold to the western borders, fearing being bombed along the way.”

The Russian invasion of Ukraine hit home with Mack for many reasons, including that he is of Ukranian descent. His grandfather emigrated to the U.S. from Ukraine, arriving at Ellis Island in 1900. The Mack family would enjoy considerable success in the U.S., and Earle Mack has always put his personal wealth to good use. One of his pet causes was the Man o'War Project, the first university-led research trial to establish manualized guidelines for the application of Equine-Assisted Therapy for treating veterans with PTSD.

“Seeing this horrific killing of innocent people that started going on because Vladmir Putin wants to reclaim and rebuild his Soviet empire, I felt like I had to do something,” Mack said.

So one morning he picked up the phone and called former New York Governor George Pataki. Pataki is the founder of the Pataki Leadership Center and a trustee of the Advisory Council of the Appeal of Conscience Foundation. The Appeal of Conscience Foundation is an interfaith partnership of corporate and spiritual leaders from all faiths who come together to promote “peace, tolerance and ethnic conflict resolution.” Mack convinced Pataki to work with him on a project to bring relief to Ukranian refugees. 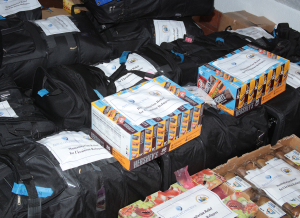 Photo from Appeal of Conscience Foundation

Rabbi Arthur Schneier is the president and founder of the Appeal of Conscience Foundation and a survivor of the Holocaust.

“Today the world is responding to the people of Ukraine and to lend assistance to Hungary and neighboring countries who have opened their doors to those fleeing,” Schneier said. “As a refugee myself, I know what it means to be hungry and to go days without food. I know what it means to flee your home with little more than just clothing on your back. The terror I lived through is part of my life each and every day. For that reason the Appeal of Conscience Foundation is proud to stand shoulder to shoulder with the Pataki Leadership Center in this humanitarian mission in helping to provide the essentials that will assist the displaced refugees.”

Mack's next call was to Brant.

“The Ukrainian people really need our help,” Brant said. “Whatever we can do, big or small, we need to do for them now.”

Mack, Brant and Brant's wife, Stephanie Seymour, went to work, gathering as much clothing as they could find. Mack said Seymour spent $30,000 of her own money to buy clothes. Clothes were a big part of the mission because most refugees could bring only a few items of clothing when leaving their homes. Mack said they filled and distributed 40 duffel bags full of clothes.

Mack and Brant departed Florida with a plane load of supplies last Thursday and met Pataki in Hungary. Brant's son and daughter also traveled to Hungary.

“The people were so grateful,” Mack said. “We tried to give the parents money. They had nothing but they wouldn't accept any money from us. They are such proud people. That was inspiring.”

While the clothing they handed out was appreciated, it was a simple gift that seemed to have the most impact. Mack and his crew distributed chocolate bars to the children at the Mukachevo Refugee Center.

“The children were crying when we got there,” said Mack, the former ambassador to Finland. “We played games with the children and brought them chocolate, which I knew would make them smile. One of the directors told us that was the first time they had seen the children laughing since they arrived. I explained to these children that the world was watching them and that they are heroes. They'll remember what their parents went through to get them out of there.”

Brant and Mack have returned, but they left behind a team of professionals who will remain at the Hungarian Ukrainian border to assist local officials and healthcare workers in aiding the refugees. Mack's work in Ukraine may not be done.

“How did it feel? I was so inspired,” he said. “It made me want to do more good, to continue to do good with my life.”