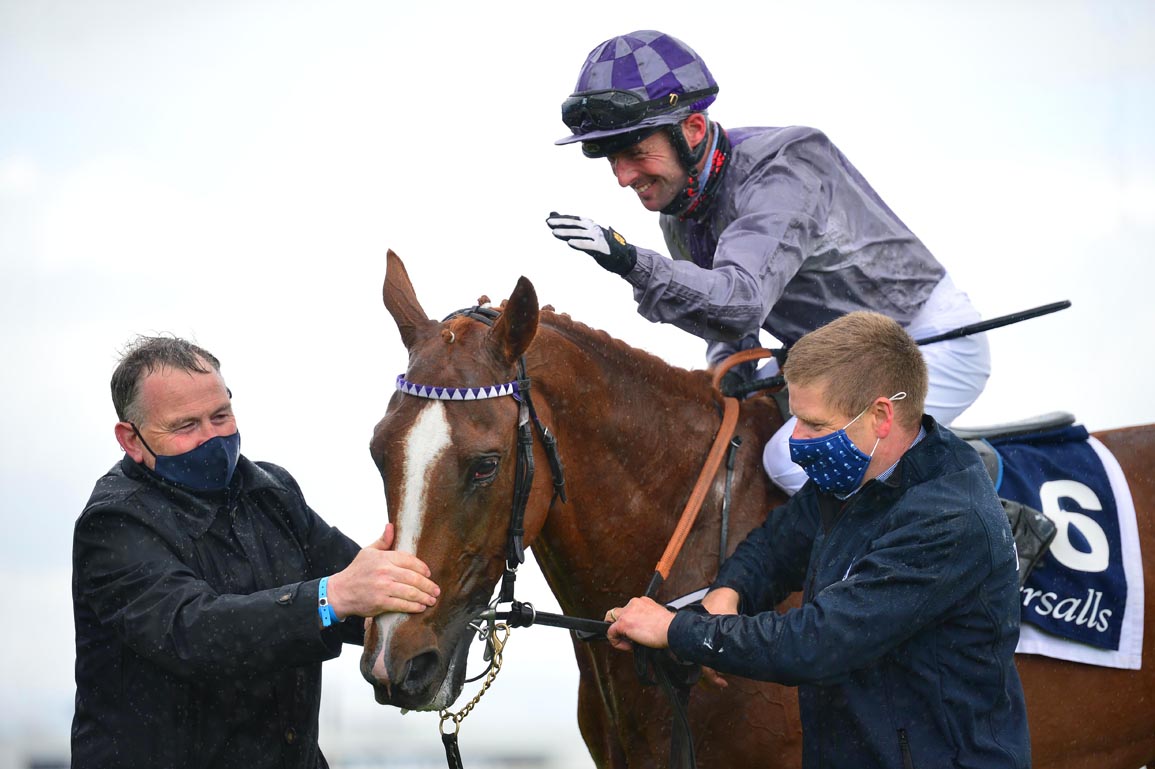 Last year's G1 Irish 2000 Guineas winner Mac Swiney (Ire) (New Approach {Ire}) has been turned out since running in the G1 Hong Kong Cup in December and will return to training next week, trainer, owner and breeder Jim Bolger told the TDN.

The 4-year-old, who also won the G1 Vertem Futurity Trophy and G2 Futurity S. at two, trailed in last of 12 at Sha Tin.

“He didn't run well in Hong Kong and we don't know the reason for it,” Bolger said. Mac Swiney's four career wins have come over ground listed as yielding or worse, however Bolger said he is “still not convinced that he doesn't go on fast ground.”

“I hope he'll be a busy 4-year-old,” the trainer added. “We might also find the key to why he doesn't run well so often. We still don't know the reason for it. He's a very genuine horse and his work is always good at home, and yet he throws in some bad runs from time to time.”

Mac Swiney has won from seven furlongs to a mile, but also ran with credit going longer when fourth in the G1 Derby and third in the G1 Champion S.

“He'll be versatile from a mile up to a mile-and-a-half,” Bolger said. “He has a nice turn of foot and he got the mile-and-a- quarter well in the Champion S.”