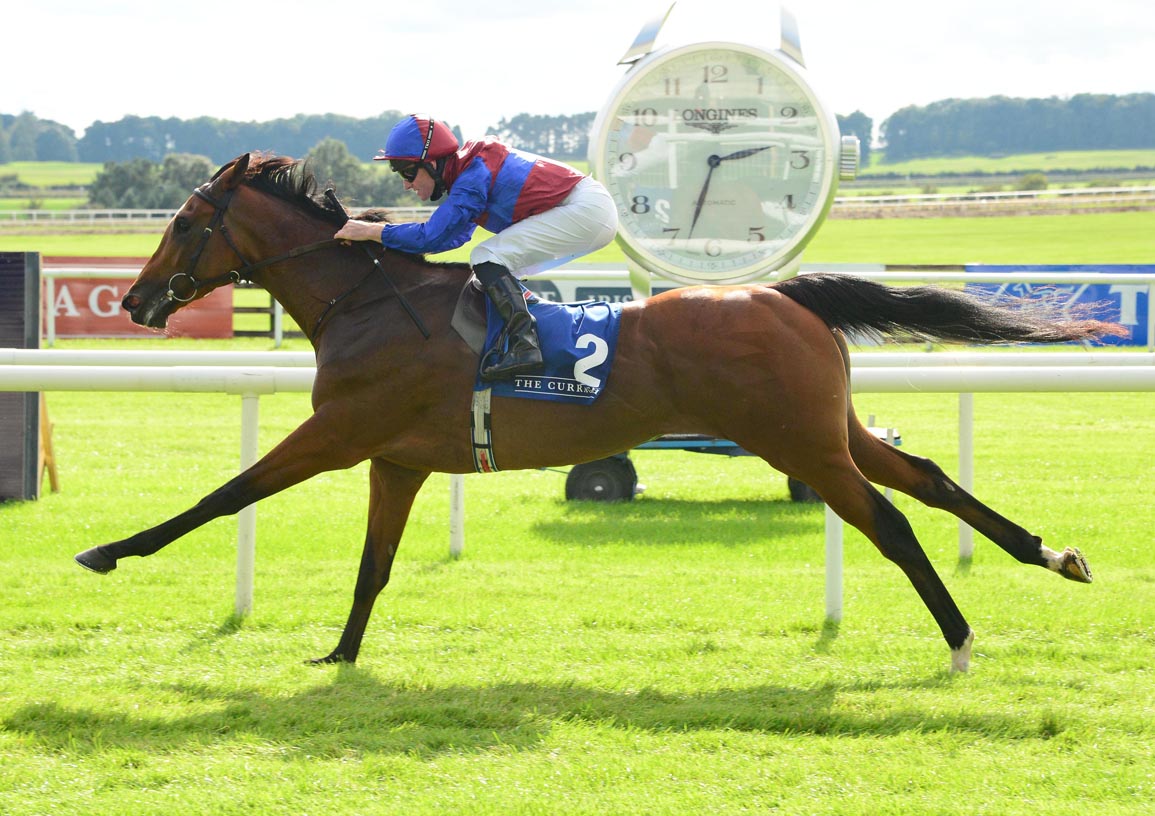 There is an abundance of potentially exhilarating 2-year-old action across Britain, France and Ireland on Saturday which will act as significant pointers to the 2022 Classics for which Luxembourg (Ire) (Camelot {GB}) is already favourite. Whether Ballydoyle's latest G1 Vertem Futurity Trophy hope is the next Epsom Derby winner in waiting, as the current ante-post lists suggest he is, we will in part find out mid-afternoon on Doncaster's Town Moor. Unbeaten in two starts, with the latter resulting in a 4 3/4-length success in The Curragh's G2 Beresford S. Sept. 25, the son of the 2011 winner of this prize known then as the Racing Post Trophy has since been the subject of an undeniable undercurrent of positivity. Showing impressive pace at the end of that contest, he is no less a 2000 Guineas than Derby contender at this point and interestingly this race has seen the last four winners go on to mile Classic success the following spring.

Aidan O'Brien is already responsible for nine winners of this and could equal the record of the late Sir Henry Cecil. “He was a very green baby when he won first time, but he looked very nice and he's had a little bit of time,” he said. “He's a big, rangy horse who travels very easily usually through his races. He finds things very easy, he's very easy to train and very natural really. The Doncaster race is a very prestigious race, it's a flat mile so they have to have quick feet and they have to stay as well. It's not a slog, you have to travel, it's a flat track and you would learn a lot about a horse. This year's race is no different, it's a very strong, competitive race. There are horses with plenty of form in it, horses with plenty of experience really.”

If the Westerberg colour-bearer fails to live up to the great expectations, Highclere Thoroughbred Racing's Royal Patronage (Fr) (Wootton Bassett {GB}) will be there to expose him and at this point there is no reason for the large discrepancy between their predicted starting prices. Excelling this term for Mark Johnston, the strong-galloping bay had Imperial Fighter (Ire) (The Gurkha {Ire}), Dubawi Legend (Ire) (Dubawi {Ire}) and Noble Truth (Fr) (Kingman {GB}) behind when dominating York's G3 Acomb S. Aug. 18 before upstaging Coroebus (Ire) (Dubawi {Ire}) in the G2 Royal Lodge S. at Newmarket Sept. 25. “Any time you chuck your hat into the Group 1 ring, you know you're going to have to run like the wind but he deserves to be there,” Highclere's managing director Harry Herbert said. “He's improved with every run and I'm sure he's not stopped improving, so we're very excited and we hope he can be very competitive.”

Another setting an elevated standard is Teme Valley and Ballylinch Stud's Bayside Boy (Ire) (New Bay {GB}), who beat the G3 Solario S. winner Reach For the Moon (GB) (Sea the Stars {Ire}) in the G2 Champagne S. over seven furlongs at Doncaster Sept. 11 before finishing a respectable third in the G1 Dewhurst S. at Newmarket Oct. 9. Trainer Roger Varian has been convinced by his demeanour in the interim period to go again and commented, “He ran very well in the Dewhurst and he looks like he's going to be suited by stepping up a furlong. He should be okay with a cut in the ground–it was good-to-soft when he won the Champagne S.–and he brings a high level of form to the race, so we're looking forward to running him. He's a top-level juvenile and he looks like he might improve for going the mile.”

Michael Blencowe's Imperial Fighter, who followed his second to Royal Patronage in the Acomb with a second to Coroebus in the G3 Autumn S. at Newmarket Oct. 9, is already proven at this mile and trainer Andrew Balding is keen to have another crack at the Johnston runner. “I hadn't been happy with him after the Acomb for a while. I think he was just going through a growing spurt–I think he'd grown about an inch between York and Newmarket. I thought the Newmarket run was excellent–I think Coroebus is probably as good a 2-year-old as there is out there. He beat us fair and square, but we were clear second-best and I'd hope he'll be very competitive.”

There are a brace of Group 1 races for this generation at Saint-Cloud, with the Criterium International over a mile seeing Marc Chan's Angel Bleu (Fr) (Dark Angel {Ire}) looking to uphold the form of the G1 Prix Jean-Luc Lagardere at ParisLongchamp Oct. 3. Beating the aforementioned Noble Truth and the re-opposing Ancient Rome (War Front) in that seven-furlong contest, he is bred to stay this trip being out of a full-sister to Highland Reel (Ire) but Ancient Rome already has winning form at the distance having captured ParisLongchamp's G3 Prix des Chenes Sept. 9 and he was finishing to real effect when third in the Lagardere. Aidan O'Brien has won this five times and saddles a duo headed by Glounthaune (Ire) (Kodiac {GB}) who is having his third run on consecutive Saturdays having finished sixth in Newmarket's G1 Dewhurst S. and won Leopardstown's G3 Killavullan S.

In the other Group 1 contest, the Criterium de Saint-Cloud staged over 10 furlongs, the Oct. 9 G3 Zetland S. one-two Goldspur (Ire) (Dubawi {Ire}) and Unconquerable (Ire) (Churchill {Ire}) re-oppose, with Godolphin's 'TDN Rising Star' a head in front of the Donnacha O'Brien trainee in that Newmarket contest over this trip. Trainer Charlie Appleby said, “We were pleased with how Goldspur won his race at Newmarket, when his stamina came to the fore. He broke his maiden on soft ground, so conditions in France shouldn't be an issue. This is another step up, but looks the right race for him and he brings a nice profile into it.”

Lady Bamford's Dreamflight (GB) (Frankel {GB}), who took this venue's G3 Prix Thomas Bryon over a mile at the start of the month, and the Wertheimers' Sept. 15 Compiegne maiden and Oct. 7 course conditions scorer Martel (Ire) (Frankel {GB}) make up a two-pronged assault from the Andre Fabre stable, while James Ferguson sends across the Sept. 29 G3 Prix de Conde winner El Bodegon (Ire) (Kodiac {GB}) who showed that he had the stamina for nine furlongs in that Chantilly contest.

At Newbury, the G3 Virgin Bet Horris Hill S. over seven furlongs sees the Lagardere runner-up Noble Truth bid to make his experience tell and trainer Charlie Appleby said, “We were obviously delighted with Noble Truth's performance in the Prix Jean-Luc Lagardere, when he showed that he can cope with heavy ground. He looks the one to beat if he can bring that level of form to the table again.” He faces the Never Say Die Partnership's impressive Sept. 14 Yarmouth six-furlong novice scorer Light Infantry (Fr) (Fast Company {Ire}) from the David Simcock stable armed with some smart juveniles this season, and Sheikh Mohammed Obaid Al Maktoum's Dubai Poet (GB) (Lope de Vega {Ire}) who was third behind Coroebus and Imperial Fighter in the Autumn S. “He didn't quite see out the stiff mile at Newmarket and the return to seven furlongs on testing ground should be right up his street,” trainer Roger Varian, who is also represented on the card by Staghawk Stables' Sept. 25 Newmarket maiden winner Miss Carol Ann (Ire) (Kingman {GB}) in the Listed Radley S. for 2-year-old fillies over the same trip.