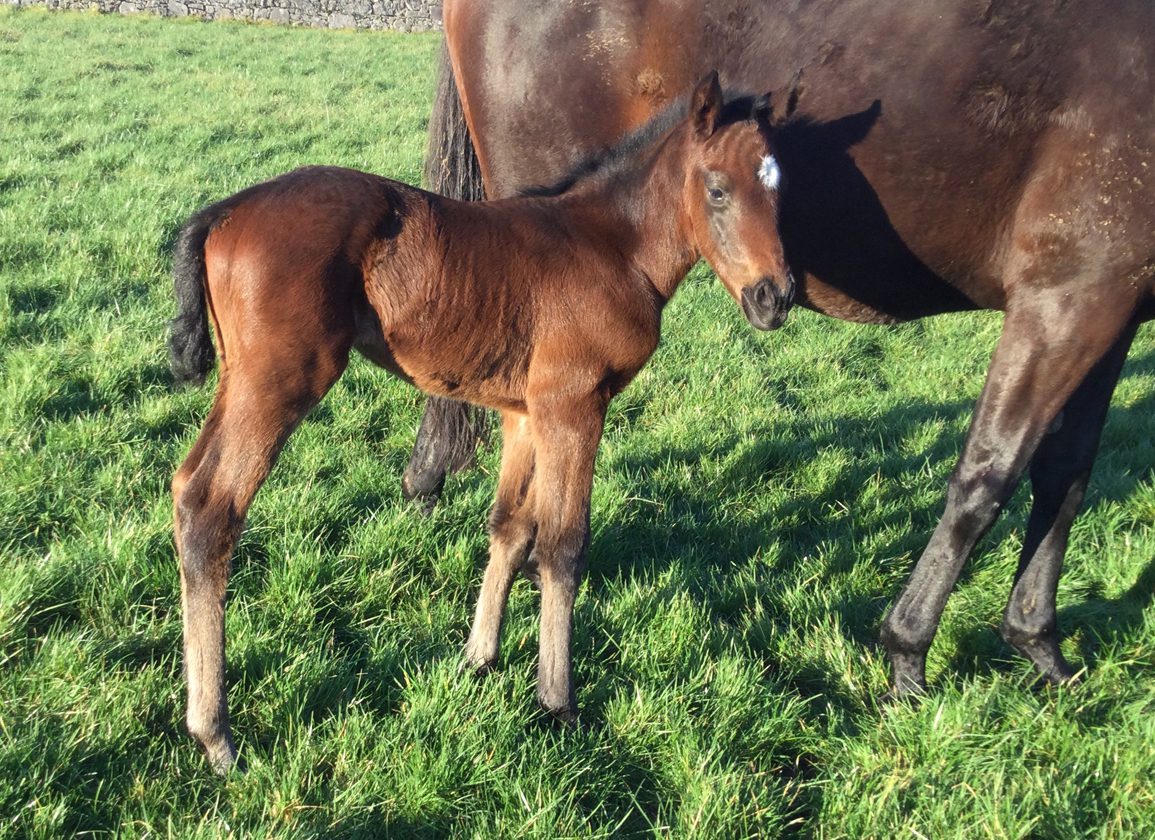 Group 1 winner Lucky Vega (Ire) sired his first reported Northern Hemisphere-born foal at Bobby and Honora Donworth's Round Hill Stud. Out of Grace And Virtue (Ire) (Iffraaj {GB}), the filly was bred by the Donworths, as was her winning dam, who is from the family of the G1 Commonwealth Cup hero Golden Horde (Ire) (Lethal Force {Ire}).

Bobby Donworth said the new arrival was “a high-quality filly with plenty of substance, she'd encourage you to use Lucky Vega again this season. She's immediately related to champion fillies Rizeena (Ire) and Serena's Song, so it's a superb fillies' page.

The Irish National Stud's Gary Swift said, “It's a tremendous start for Lucky Vega, the firepower this horse has been supplied with in his first and second season in top-class mares is unprecedented; Yulong have done everything to facilitate him becoming the most exciting young stallion around and he is certainly the one to be on.”

A winner of the G1 Phoenix S., Lucky Vega commands €15,000 this year. He also shuttles to Yulong in Australia, and his first foals arrived in the Southern Hemisphere in 2022.