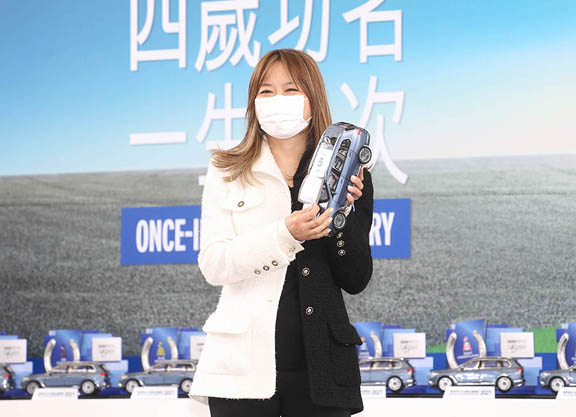 The former Aidan O'Brien galloper was no factor and well beaten in his first two local appearances, including a ninth to the upset-minded Excellent Proposal (Aus) (Exceed and Excel {Aus}) in the Hong Kong Classic Mile in January. But trainer Douglas Whyte added blinkers for the Classic Cup and Russian Emperor hit the line hard to miss by a neck to Healthy Happy (Aus) (Zoustar {Aus}), who enjoyed a very soft time of it in front.

“He'll get the trip and plus, so he's going to have every answer–that's the beauty of being drawn where he is,” the 'Durban Demon' said. “[Jockey] Karis [Teetan] can now use the draw and ride a race.”

If that version of Russian Emperor shows up, they may all be running for second, but three-time Derby-winning conditioner John Size will try to make his presence felt with a trio of entrants. The highest-rated of them is Excellent Proposal, who returned a colossal $23 (22-1) in the Classic Mile and was one of several inconvenienced by the lack of pace in the Classic Cup. He has gate eight for Blake Shinn, who nearly pulled the upset in last year's Derby with 289-1 Playa Del Puente (Ire) (Elzaam {Aus}).

“I'm pretty comfortable with barrier eight, it's a middle of the line draw, he'll have all the main chances around us–I'm happy,” Shinn said.

David Hayes is in the Derby in his first season back in Hong Kong, having saddled the filly Elegant Fashion (Aus) (Danewin {Aus}) in 2003. The more likely of his two runners appears to be the classy Shadow Hero (Aus) (Pierro {Aus}), who rallied from midpack to be third in the Classic Cup. While he drew nicely in seven, stablemate Conqueror (Aus) (Fastnet Rock {Aus}) was less fortunate to land 13.

Sky Darci (NZ) (Darci Brahma {NZ}) carries the highest local rating of 103 into the Derby, and while Sunday's 10-furlong trip looms a bit of a question, his chances to stay were enhanced when he and leading rider Joao Moreira pulled gate two Thursday.

“I'm very pleased with that draw–he needs a soft gate and I'm very happy, it's going to give him his chance,” said trainer Caspar Fownes, whose Super Satin (NZ) (Danehill Dancer {Ire}) was piloted by Whyte when taking out the Derby back in 2010.