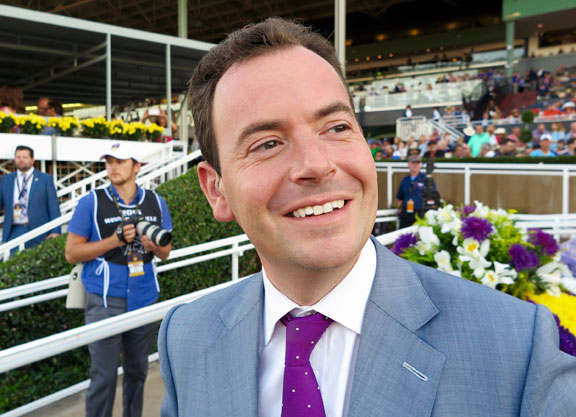 “Starting a daily podcast was a pretty daunting task, but one that I'd been passionate about undertaking for quite a while,” said Luck. “While the focus of our attention is obviously going to be on the goings-on in the UK, I was keen to have a global outlook as well.”

In addition to his work in racing in the UK, Luck also a key part of the NBC Sports horse racing broadcast team.

“I've known [In the Money Media Founders] Peter [Thomas Fornatale] and Jonathon [Kinchen] for a good few years now and hugely admire their work and expertise in this field,” Luck continued. “I'm absolutely thrilled that we can join forces and help open a window into each other's worlds.”

The new podcasts, which are typically around 20 minutes, will drop episodes early morning Eastern time Monday through Friday. The shows will be a mix of a news digest of the latest happenings in UK racing, along with interviews with luminaries in the sport. Early guests in his UK “soft launch” have included jockeys Frankie Dettori, Kieren Fallon and trainer William Haggas.

“It's difficult to articulate what a thrill it is to have Nick Luck on our team,” said Fornatale. “I've admired his work since my days of watching English racing every morning in the mid 2000s and truly believe he is the best at what he does.”

The podcast may be found at here starting immediately.