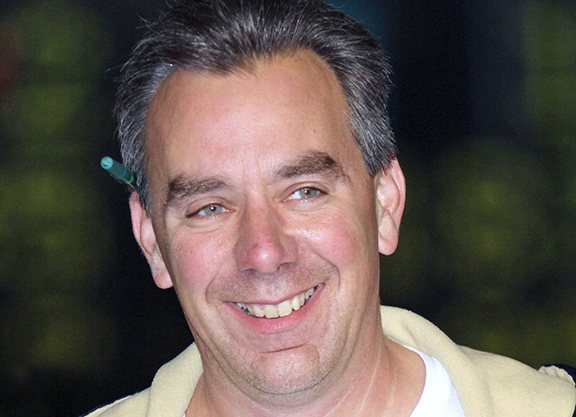 “I am allowed to enter and run at the Fair Grounds,” Broberg told TDN hours after the LSRC ruled that the private-property exclusion by CDI doesn't carry the same reciprocity as a ruling issued by a board of stewards or state racing commission.

According to the Blood-Horse, which first reported the story, the LSRC questioned whether Broberg had been afforded due process when CDI barred him from participating at all of its properties over allegations that he didn't properly care for a gelding who returned sore after a race at Churchill Downs Sept. 18.

According to previously published reports in the Blood-Horse and the Paulick Report, the Broberg-owned and trained Rockandahardplace (Hard Spun) came back sore after a sixth-place finish in a $10,000 claiming race. The 5-year-old had been claimed, but the claim was voided post-race when the horse was determined to be lame by a Kentucky Horse Racing Commission (KHRC) veterinarian.

After a preliminary investigation, CDI alleged that “the horse was returned to his stall [but] there was no responsible representative of the trainer on-site to make veterinary decisions or to take appropriate steps to protect the welfare of the injured horse.”

Broberg, the nation's winningest trainer by victories between 2014-19 (he was second in both 2013 and 2020), had said last month that Rockandahardplace was indeed treated, but had been left in the Churchill receiving barn because he was too sore to travel immediately, according to the Paulick Report.

Broberg pointed out to TDN that CDI didn't want to hear his side of the story before issuing the multi-track ban, yet the Churchill stewards did not sanction him in any way after explaining what happened when he met with them last month.

CDI, Broberg told TDN in an Oct. 26 phone interview, “just came with this out of nowhere, with no facts or reason.”

Broberg continued: “I was sad that I never even had the opportunity to weigh in with the facts that Churchill, to this day, still hasn't even heard. The stewards were willing to [hear me out], which is why they made no ruling, because there was [no wrongdoing] there.”

Broberg was at Tuesday's LSRC hearing, but he didn't get to testify there, either. Neither did Dr. Will Farmer, the equine medical director for CDI. The commissioners did hear from CDI's attorney, Haley Nix, but after ascertaining there were no known rulings against Broberg in this matter, the board voted unanimously to pass the measure in Broberg's favor.

On the way out of that meeting, Broberg said “I did hand [CDI's] counsel some information that I wish they had prior to them making the decision that they did. I can only hope that it doesn't fall on deaf ears.”

Broberg continued: “This is the epitome of cancel culture just going crazy. I can only try to hope and work to mend the relationship. I mean, obviously, I don't want to poke the bear. I want to be able to get along with everyone. Most racing secretaries love me with the way they get starts per stall.”

Asked if he has a Fair Grounds stall application pending or plans to file one soon, Broberg said, “It's way too early to say at this point. This is unchartered territory I'm in right now.”

As to whether he plans to challenge CDIs ban of him at its flagship track in Kentucky via the KHRC or through the courts, Broberg said, “One step at a time.”