Lord of England Euthanised at 18 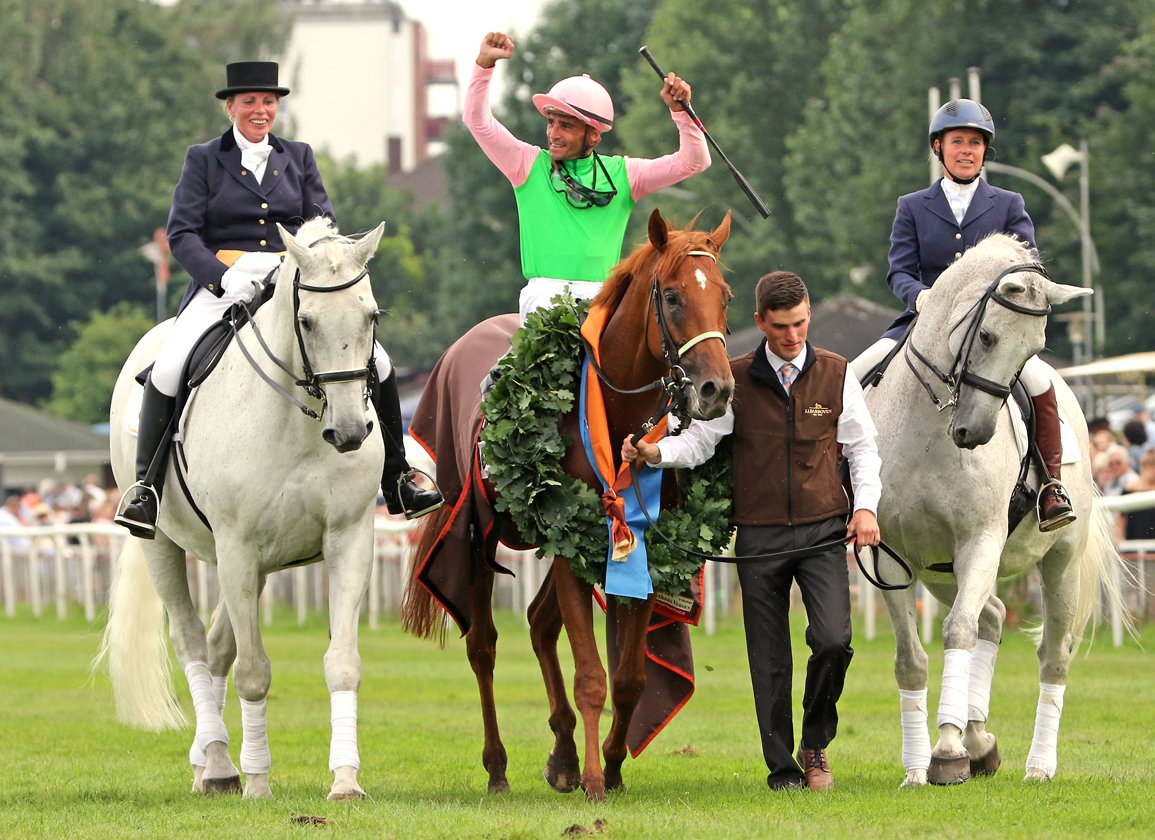 Bred by Stall Pontresina and raced by Stall Lucky Owner, the chestnut began his career at two with two wins in Italy, including the Listed Premio Giuseppe de Montel and placed third two starts later in the G1 Gran Criterium. Making his debut in Germany at three for trainer Mario Hofer, Lord of England ran second in the G3 Dr. Busch-Memorial in April of 2006 and third in the G2 German 2000 Guineas that May. Successful in the G3 Grosser Preis der Wirtschaft that June, his final start was a one-length win in Munich's G1 Grosser Dallmayr-Preis Bayerisches Zuchtrennen. Named the top colt in Germany from 9 1/2-11 furlongs for his efforts, his record at retirement was 8-4-1-2, with $281,575 in earnings.

Sold to Gestut Etzean for stallion duty, the half-brother to multiple German stakes winner and Group 3-placed Loriango (Ger) (Acatenango {Ger}) has left 21 stakes winners, 12 at the group level so far. Just as Lord of England was the best colt by his sire Dashing Blade, 2016 G1 German Derby hero Isfahan (Ger) is the standout among Lord of England's male progeny. Isfahan is responsible for this year's German Derby victor Sisfahan (Ger) and German Oaks second, the late Isfahani (Ger). Lord of England has also sired two other Group 1 winners-Palmas (Ger) and Feodora (Ger), winners of the G1 Preis der Diana in 2021 and 2014, respectively. As a broodmare sire, Lord of England has four black-type winners to his name, among them group winners Ladykiller (Ger) (Kamsin {Ger}) and Sea Bay (Ger) (New Bay {GB}), the winner of Sunday's G3 Preis des Winterfavoriten at Cologne.