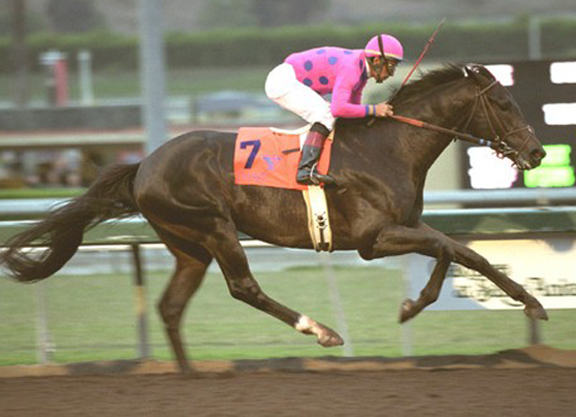 Harris Farms resident stallion Tizbud (Cee's Tizzy–Cee's Song, by Seattle Song), the California-bred sire and full-brother to Hall of Famer Tiznow, was euthanized July 20 due to an overall decline in health. Tizbud was pensioned in 2018 at Harris Farms, where he was foaled, raised and stood at stud.

Tizbud was bred by Cecilia Straub Rubens and raced for Cee's Stable LLC under the tutelage of trainer John Sadler.

“As different as they were, Tiznow and Tizbud both had that aura of, 'I am tops, I can prove it and don't test me,'” said David McGlothlin, retired farm manager of Harris Farms. “With my daily rounds at the farm, Tizbud was always my first stop and as always, he was eager for his carrot snacks. With his passing, this marks the end of a significant era in California breeding and racing. Tizbud will always have a special place in my heart and at the farm.”

Tizbud lived out his final few months in the same paddock where his famous brother was raised. He will be buried adjacent to his sire Cee's Tizzy near the Harris Farms Stallion complex.