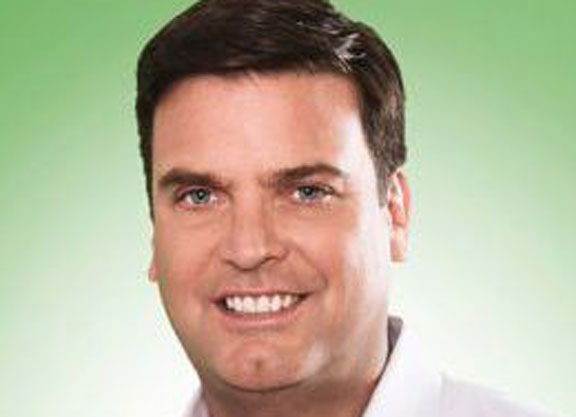 The longer live racing is suspended in California the deeper the economic toll, which is why the industry continues to push hard for that suspension to be lifted: that was the main takeaway from a broad-sweeping conference call Friday morning, organized by the Thoroughbred Owners of California (TOC), for industry heads to outline and discuss the impacts from the coronavirus pandemic on racing and training in California.

According to Fravel and Butler, Santa Anita is in ongoing talks with the Los Angeles County Department of Public Health about lifting the suspension of live racing at Santa Anita, saying that theirs is a very “compelling” argument.

“We got caught in one or two cross-hairs,” said Fravel, about the suspension of live racing. One was that the health department approached the pandemic by making blanket decisions with few exceptions, he said.

“The second is, we have many reasons to believe a very small group of animal rights activists were heavily engaged in having input into the agency that ultimately had some impact,” said Fravel.

According to Butler, Santa Anita management is scheduled to have another meeting with the department of public health on the 18th of April. “At that point we'll be coming with a science- based, medical-based explanation,” he said.

David Seftel, a Golden Gate Fields-based physician and infectious disease specialist, is involved in drafting new protocols to help swing the decision about live racing in the industry's favor, said Butler. One possible scenario could see the jockeys living on site at Santa Anita in a quarantined area separate from the backstretch community, he said.

Medical representatives from Golden Gate Fields also met Friday with the Alameda County Public Health Department about a possible resumption of live racing at the Bay Area track, said Fravel, who wasn't able to provide any “feedback” on the meeting at that time.

As to the possibility of transferring race dates from Santa Anita to Los Alamitos–which is currently conducting evening racing–Avioli explained that Los Alamitos would first need to put in a request for the dates. “You would also need an agreement with the CHRB [California Horse Racing Board] as well as with Santa Anita,” said Avioli.

“The collective view of Los Alamitos right now is that that is not something that should be pursued as it would jeopardize training at Los Alamitos and potentially Quarter Horse racing,” said Avioli. “For now, it is not on the agenda for the upcoming CHRB meeting. It's not, I would say, in play for this time.”

The meeting also provided an update on a controversial plan for California's self-insured workers' compensation program–Post Time Self Insurance Group–to invoice trainers $1,233 per horse retroactively for the first quarter of 2020, as a result of lost betting revenue coupled with a high volume of claims. The group, which is funded primarily from pari-mutuel wagering and per-start fees, recently told trainers that workers' compensation premiums may be considered part of payroll costs included in the federal government's Paycheck Protection Program (PPP). But it's unclear whether this federal loan would indeed cover workers' compensation payments.

According to Avioli, “by early next week, we'll be in a position to fund the short fall for Post Time from other industry resources without requiring those funds being paid, right now, by the trainers,” he said, describing the likelihood of that as “95%” certain as discussions remain “ongoing.”

Another topic of interest concerned the issues of stabling and horse inventory. “We need upwards of 2,000 active horses in training to come out of this running,” said Avioli, who provided specific horse numbers at California's main training and racing facilities.

There are currently 2,226 horses training–including 279 2-year-olds–in Southern California, 1,536 of which are at Santa Anita, 300 at San Luis Rey Downs, and about 400 at Los Alamitos. There are an additional 1,322 horses in training in Northern California.

For now, all three of the Southern California training facilities will remain open, said Avioli, explaining that the industry is “deficit-spending” to do so. At one point in the call, it was said that some $500,000 is spent a week to keep Santa Anita open for training.

However, if racing remains suspended for an extended length of time, the Southern California training centers could be consolidated, said Avioli. “It would be Santa Anita plus-one,” he said.

Representatives from Del Mar highlighted the possible residual impacts from the pandemic on their annual summer meet, scheduled to begin July 18.

According to Robbins, one of the biggest concerns surrounds the issue of a stakes program facing a massive reordering nationwide, with the rescheduling of the Kentucky Derby and Oaks to early September proving especially disruptive.

“There are a number of Grade I races that could fall very close to each other, if not on the same day,” said Robbins. “Just like we're trying to predict the future here, those problems exist all over the country.”

Rubenstein also explained that if the San Diego County Fair, scheduled to begin early June and held at Del Mar, was postponed or canceled, the track may, with official approval, be able to provide stabling beyond its existing commitments.

“We are in constant communication with the 22-District Agricultural Association-they run the fair as well as the property non-racing time, so, if a decision is made to postpone the fair, that would certainly impact Del Mar's stabling capabilities,” said Rubenstein. “We're continuing to update Greg and his team at the TOC as to what those possibilities are.”

One of the questions raised during the conference call concerned day rates, and whether trainers should lower these fees to ease the financial burden on owners, especially if trainers are successful in applying for federal PPP loans.

TOC director Gary Fenton, managing partner of the Little Red Feather Racing syndicate, detailed how he had been forwarded an email from a trainer to his owners in which the trainer explained that they would be reducing their day-rates.

“We discussed it with our trainers,” said Fenton, “and they agreed with what this particular trainer was doing, and decided to help us out a little bit.”.

Other TOC members stressed, however, that day-rate negotiations between a trainer and their owners is a personal issue that should be handled on an individual basis.

“I have not, to tell you the truth, spoken to either of my trainers about it–paid the bills as they've come in,” said Alexander. “I've been with both my trainers for dozens of years, and I think, if it does come to a discount at some point, they'll offer it. I won't ask for it. But I'm not suggesting that's the way for anybody else to do it.”

A recording of the conference call will be made available on the TOC website.