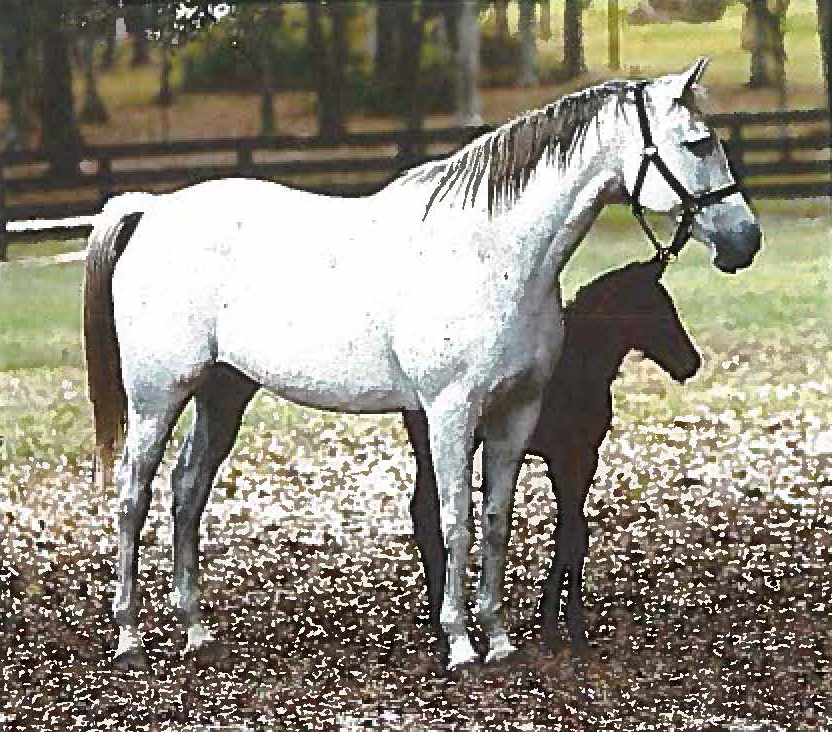 Win Approval, a Live Oak Stud foundation mare and the 2017 Broodmare of the Year, was euthanized July 19 due to the infirmities of old age, the farm announced Tuesday. She was 29 years old.

By Canadian Horse of the Year With Approval out of the graded stakes-placed and stakes-producing Hoist the Flag mare Negotiator, Win Approval left an indelible mark on the industry as a producer of champions.

The Live Oak homebred is the dam of eight winners from 10 foals, including a pair of champions–World Approval (Northern Afleet), 2017's Champion Turf Male, and Miesque's Approval (Miesques Son), Champion Grass Horse in 2006–and four graded stakes winners. In addition to her national honor, Win Approval was also named the Florida Broodmare of the Year by the Florida Thoroughbred Breeders' and Owners' Association (FTBOA) in 2006, 2016, and 2017. All told, her runners amassed earnings of $8,936,808.

“She will be missed, but never forgotten,” said Charlotte Weber.

Win Approval's additional graded stakes winners also shared an affinity for the turf. Revved Up, a 1998 Florida-bred son of Sultry Song, banked $1,548,653 and Kentucky-bred Za Approval, a 2008 son of Ghostzapper, earned more than $1.3 million, with both winning multiple graded stakes on grass.