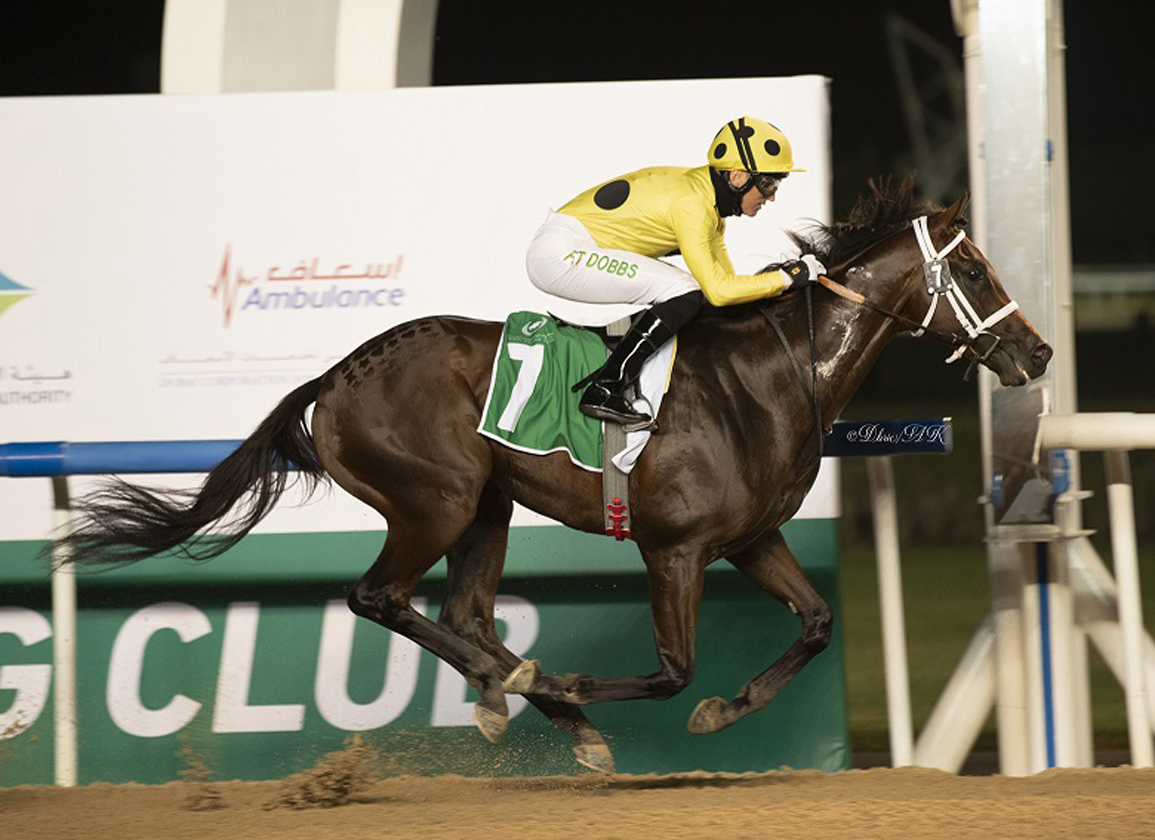 The late Arrogate (Unbridled's Song) turned in arguably the most impressive effort in a G1 Dubai World Cup by a horse not named Dubai Millennium (GB), dropping back to last after being roughed up at the break, rallying wide on the turn and galloping past none other than Gun Runner (Candy Ride {Arg}) to win the 2017 renewal in jaw-dropping fashion. Taking Names became the first starter in Dubai for his GI Breeders' Cup Classic-winning stallion in Thursday's second race at Meydan, and while much more straight-forward, was similarly impressive in dotting up by an impressive 8 1/4 lengths on debut. He becomes the first 'TDN Rising Star' for Arrogate and his eighth winner overall

Ridden forward from gate four by Pat Dobbs, the Sheikh Obaid colourbearer argued the pace inside of Summer Is Tomorrow (Summer Front) for the opening three furlongs and held that spot at the fence as the field rounded the turn. Allowed to stride into the lead with 500 metres to race, Taking Names kicked in upper stretch, was a touch tardy switching his leads and scampered home under hands and heels riding to score by daylight.

“He was very good out of the gates,” Dobbs told Tom Stanley before weighing out. “He's bred to stay and he's got to the line very good. Very pleased. My lad's pretty fit. Shane Ryan has done a great job with him in the gates. Every time he goes in, he's getting better and he's getting more mature. This lad was very professional tonight and I'm delighted the way he's going.”

Rehear is the dam of a yearling Honor Code Filly, a weanling colt by West Coast and was most recently bred to The Factor.