Life is Good for Pletcher Heading into the Whitney 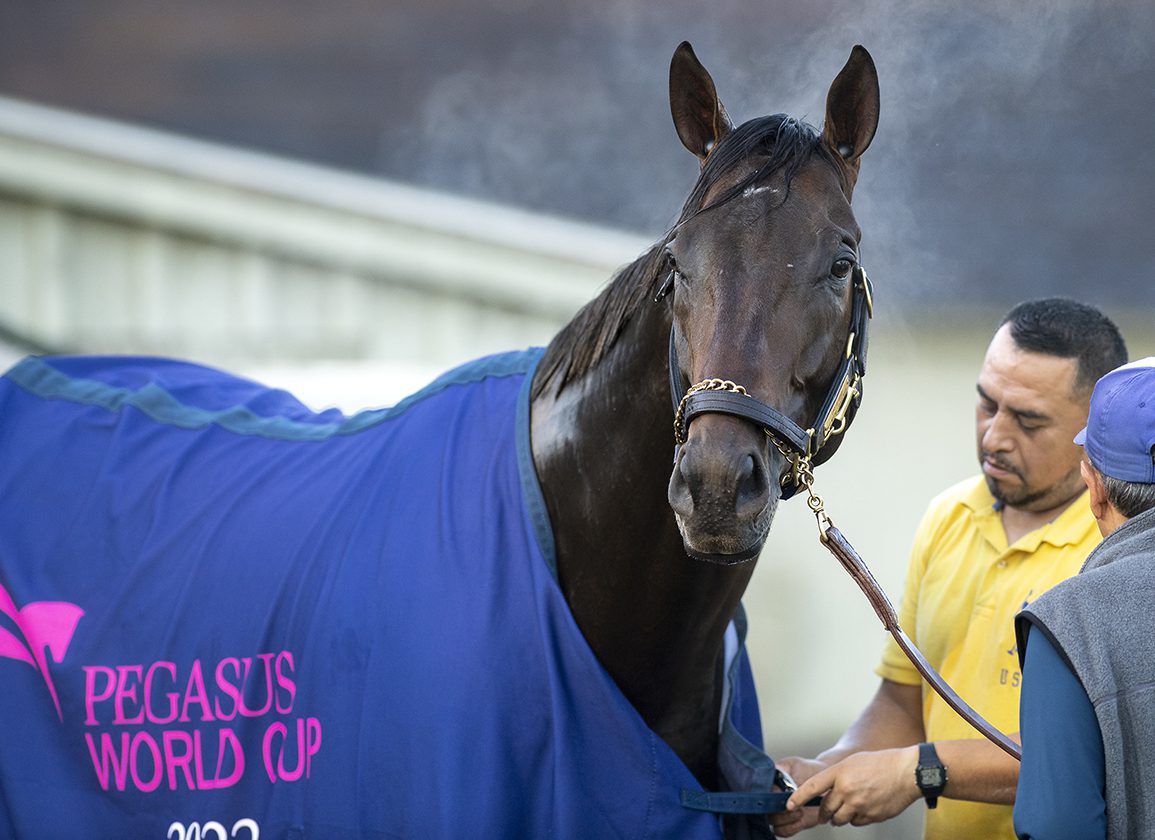 SARATOGA SPRINGS, NY – At this time last year, trainer Todd Pletcher and his staff were getting to know Life Is Good (Into Mischief). Some 400 days after he arrived and with four wins from six races, the bay colt is an unquestioned standout in Pletcher's powerful and deep stable.

Up next for Life Is Good in a season that could yield an Eclipse Award and possibly even a Horse of the Year title is the $1-million GI Whitney S. Saturday at Saratoga Race Course. The historic Whitney, first run in 1928 as a memorial to Payne Whitney, who had died the previous year, has long been the pre-eminent race for older horses on the Saratoga schedule. Life Is Good heads the group of three horses that the Hall of Fame trainer will enter Wednesday morning and is likely to be the favorite in the nine-furlong contest. Pletcher is also entering Happy Saver (Super Saver) and Americanrevolution (Constitution), but acknowledged that Americanrevolution is not a lock to be in the race.

At the start of the meet, Pletcher answered a question about the 4-year-old's breeze by describing Life Is Good as an elite-level Thoroughbred.

“I think people who clock horses and watch a lot of horses breeze, we can appreciate just how special he is,” Pletcher said. “You just don't see too many do that and over the years, we'll kind of identify some horses as what we call 'one-percenters.' You know, the top one percenters. And he's kind of in the top 1% of the 1%.”

“He's just a super-talented horse,” Pletcher said this week. “He's so consistent, not only in his racing, but his training. Just loves what he does. He comes out every day with enthusiasm. Every breeze is good. Seems to be coming up to this race as good as any since we've got him.”

Since being transferred by his co-owners WinStar Farm and China Horse Club from trainer Bob Baffert to Pletcher early last summer, Life Is Good has won the GII Kelso, the GI Breeders' Cup Dirt Mile, the GI Pegasus World Cup Invitational and the GII John A. Nerud. He was second by a neck to champion Jackie's Warrior (Maclean's Music) in the GI H. Allen Jerkens in his debut for Pletcher and ended up fourth after leading much of the way in the G1 Dubai World Cup.

The Whitney is expected to draw the Bill Mott-trained Olympiad (Speightstown), winner of all five of his starts this year, and Hot Rod Charlie (Oxbow), who has a pair of Grade I victories on his resume and has earned over $5 million.

“Good horses,” Pletcher said. “Hot Rod Charlie's a warrior. He's run some top-class races and Olympiad has, too. It's just the kind of field you'd expect you have to contend against in the Whitney.”

Life Is Good, bred by Gary and Mary West, was purchased for $525,000 as a 2019 Keeneland yearling. He easily won his only start as a 2-year-old and opened his 3-year-old campaign with victories in the GIII Sham and the GII San Felipe. An injury knocked him off the Triple Crown trail in March and he was moved to Pletcher's care when he resumed training in June.

Considering his strong body of work, Pletcher said it was hard to pick out one start as Life Is Good's best performance.

“I think all of his races have in some ways been impressive, even in Dubai, when he's running in quicksand,” he said. “But I thought the Breeders' Cup Dirt Mile was awfully impressive. He just basically took it to them from the first step, and to carve out fractions like he did, and then win convincingly.”

From that high mark to end 2021, Pletcher said there have been more stellar outings this season.

“He came back in the Pegasus and it kind of looked like a race with two horses, with Knicks Go (Paynter)–similar style, kind of free-running,” Pletcher said. “We were committed to allowing our horse to run his race. He kind of broke well and took it to him. I thought both of those races were super-impressive. And then even the Nerud last time. Speaker's Corner (Street Sense) is coming off some big races and same thing, he just kind of took it to him. He's got so much natural speed and such a high- cruising speed and his ability to carry it over a distance of ground is what makes him so unique and so successful.”

Since winning the seven-furlong Nerud on July 2, Life is Good has breezed three times on the main track at Saratoga. On Saturday, he worked four furlongs in :48.25 under exercise rider Amelia Green. It was the eighth-fastest of 98 works at the distance.

Pletcher said even though Life Is Good is eager in the mornings, it is not correct to call him an easy horse to train.

“It takes a skilled rider and Amelia has done a great job with him,” Pletcher said. “She has been able to get him to relax some. He enjoys his training. If he were allowed to, he would over do it.”

WinStar and China Horse Club also own Americanrevolution, winner of the GI Cigar Mile in December. Pletcher said he definitely will be entered in the Whitney, but called him an insurance policy.

“You never know what can happen and have an off day,” he said. “By having another horse in there gives you some added security that way.”

Wertheimer and Frere's Happy Saver will start, Pletcher said. Never worse than third in 10 career starts, Happy Saver has been the runner-up in four-straight races, three of them Grade I events.

“He's a Grade I-winning horse and the options were pretty much to run him in the Alydar,” Pletcher said. “For a Grade I winner to drop down in class like that we didn't really feel like it would hold much significance. If the top horses didn't fire for some reason or got battled a bit in a speed duel you never know what could happen.”

Most of the attention in the Whitney at the “Graveyard of Favorites” will be on Life Is Good and whether he can give Pletcher his fourth victory in the race and first since Cross Traffic in 2013.

“He's a very willing horse every day,” Pletcher said. “Very generous. He wants to compete. If he sees a horse on the racetrack while he's galloping his natural instinct is he wants to engage that horse and pass him. It's great to have that, but we also don't want him to overachieve on a daily basis. That's what we tried to focus on, trying to keep him as settled and relaxed as we can and yet allow him to be himself.”