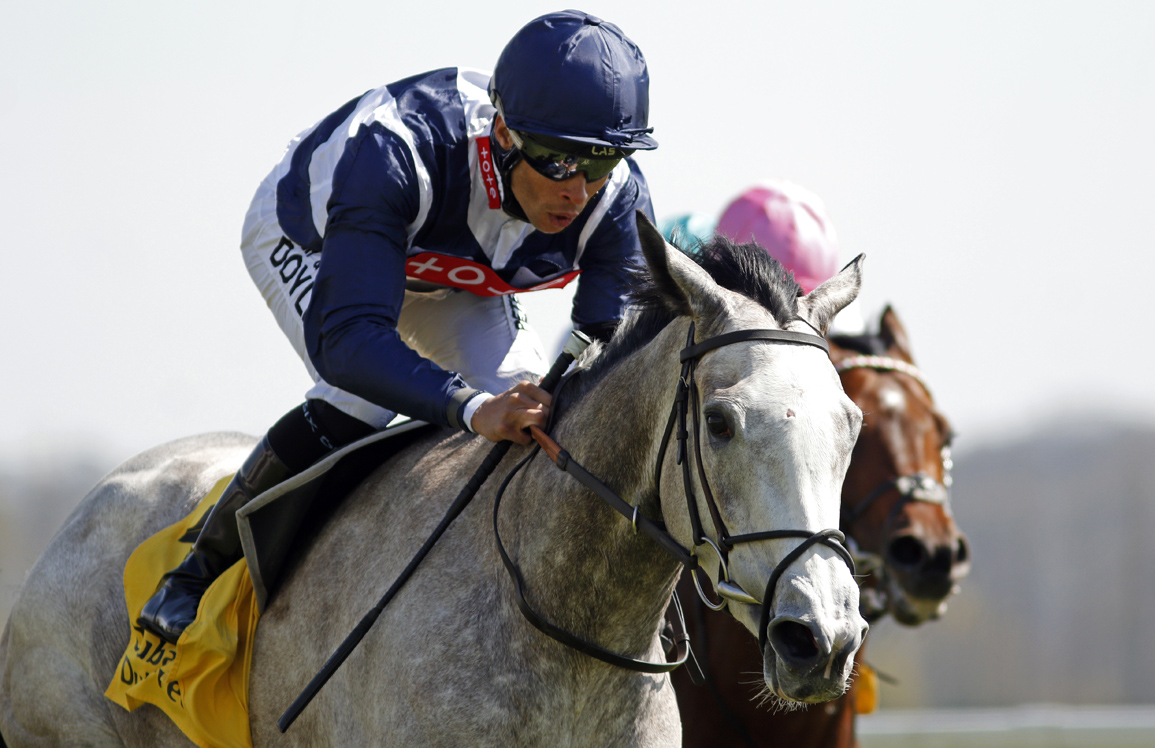 The 33-year-old Swaziland-born rider, who will partner the likes of Snow Lantern (GB) (Frankel {GB}) and Happy Romance (Ire) (Dandy Man {Ire}) for Richard Hannon at the Royal meeting, said, “My form at Ascot alone is very good–but when it comes to Royal Ascot, not so much. I wouldn't say I've been unfortunate. I've been placed many a time, mostly in handicaps and what have you. I'm disappointed it hasn't happened yet, so I would just like the box ticked now. It's a bit of a monkey on my back, that one.”

Levey certainly has the right foundation to take his career to the next level. His family left Africa when Levey was a teenager and, after touching down briefly in Croydon in South London, relocated to Ireland to allow his father, Mick Levey, to work for Aidan O'Brien. The younger Levey took up working at Ballydoyle on the weekends, and after a season of pony racing signed on as an apprentice to O'Brien.

“I won a few listed races and group races for Aidan and had the opportunity to ride, I think, in every Classic in Ireland. I rode in the Arc for him and a few other Group 1s, including the German Guineas, and I won the Irish Cambridgeshire on a horse called Poet. It was a privileged apprenticeship. There's no doubt he gave me a lot of opportunities, and I'll be forever grateful.”

After six years with O'Brien, Levey relocated to Britain in 2011 to take the next step in his career.

“I'd had massive opportunities as an apprentice and was wanting momentum over here. I was chasing my dream,” he said.

Levey admitted that as a younger rider, “thinking about the colour of my skin wasn't at the forefront of my mind,” and he said he thinks it is a lack of information rather than systemic racism in racing that has deterred more people of colour from entering the sport.

“What I am seeing, and should be seeing, is a lot more black and Asian people coming into racing,” he said. “In Ireland there was only me; in England there is me and Royston [Ffrench] and Silvestre de Sousa, obviously. Now the next crop of apprentices are coming in, and I do see a lot more. If what we have done is give others the confidence, I think that is ultimately what everyone is looking for. [We want] to reach out to those urban areas where people don't get the opportunities and show that the sport is open to anybody who would like to come into it. Rather than dwelling on 'racing needs to change because it's racist', I personally don't feel that that's the case, but I do feel like more information needs to be put out there for people to know that they are more than welcome through those doors.”

In the meantime, Levey is looking forward to partnering, among others, Snow Lantern in the G1 Coronation S. and Happy Romance in the G1 Commonwealth Cup next week.

Of Snow Lantern, a 'TDN Rising Star' who could only manage third in the Listed Michael Seely Memorial S. at York on May 14, Levey said, “She's in good order and all set to go. It was a slightly disappointing run at York–things didn't really go our way. She was keener than you'd like on that occasion and as a result, she didn't quite run as well as we thought she would. She seems to be doing the right things at home and hasn't put a foot wrong since. I'd like to think that if she runs her race nice and settles then she'll have a big chance.”

Happy Romance backed up a busy and fruitful 2-year-old campaign with a win in the Listed Chelmer Fillies' S. at Chelmsford on Apr. 29, and looks to rebound from a fifth-place finish in the Listed Carnarvon S. on May 15.

“Happy Romance is one that does all the talking on the track,” Levey said. “She's very straightforward, an absolute pleasure to ride and has plenty of ability to boot. I think Ascot is her track–she ran really well in the Queen Mary last year. She's shown she wants better ground, and a stiff track will suit her style of running. She's more an off-the-bridle kind of sprinter, rather than an 'all guns blazing' kind of sprinter. Against her own age group, I would give her a good chance.”