Letter to the Editor: the Man O' War Project 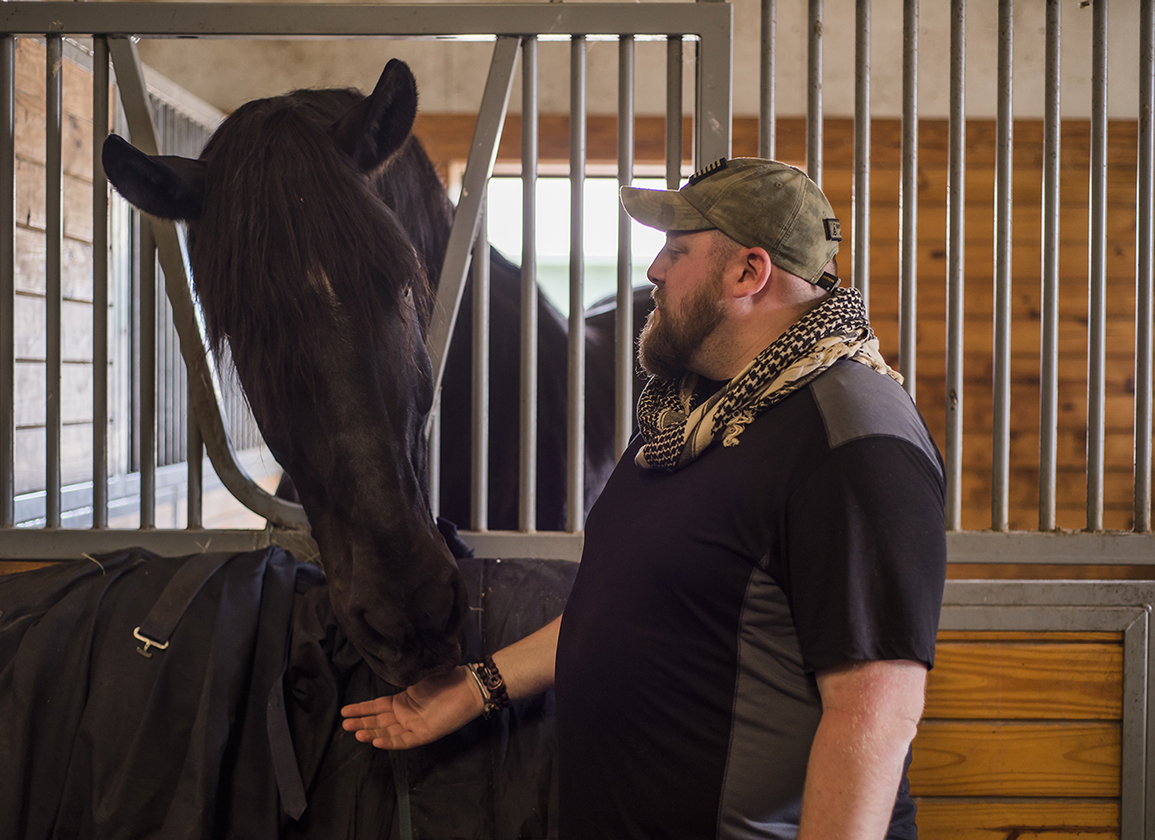 My sincere thanks to Ms. Sue Finley for the compelling article about the Man O' War Project  in the TDN Thursday. I whole heartedly appreciate Earle Mack's support of our veterans.

I have only mentioned my own personal story about PTSD to a few people. Shortly after the attack on Pearl Harbor in 1941 my father left Columbia University and enlisted in the Air Force. He was 17, turning 18. He went to Officers Training School and was promptly shipped to the South Pacific to work in the intelligence corps. His job was to set up airfields for reconnaissance once the Marines had taken an island. You can imagine the carnage he saw with the Japanese scorched-earth policies in full force and in full view to a young man not yet 20. The indigenous people suffered enormously. It affected my father deeply.

When he returned from the South Pacific, he finished up at Columbia, then moved to Lexington to find a position in the horse business. He worked for Keene Daingerfield at the Thoroughbred Record (later, better known as the Dean of Kentucky Stewards). Experiencing difficulty adjusting to civilian life, did he self-diagnose some sort of stress disorder and know that he needed to reconnect with horses to reprogram his psyche? One wonders. The whole concept of PTSD had not yet been identified at that time and men were supposed to buck up and push through the pain. It was a different era. It seems that something inscrutable drew him back to horses and he eventually readjusted to post-war  life. He trained horses at Keeneland in the mornings before work in the late '40's while starting a family and working at The Record.

Later in life, when GE hired him for his first real job and he was transferred to Pittsfield, Massachusetts, he took in layups from Suffolk Downs and the vibrant fair circuit in Massachusetts at our farm in Stockbridge.  We were just an hour from Saratoga. I remember him taking me to the Travers when Jaipur beat Ridan by a nose in 1962.

He always had horses in his life until just a couple of years before he died, by suicide, at age 49 (when I was 19). My sister and I have often wondered if he had stayed physically connected to horses if he might have made it through the rough patch preceding his suicide and enjoyed a full life.

He only spoke about his South Pacific experience once to me, when I threatened to leave home to enlist during the Vietnam War era, because we had argued, and it had turned violent. I was 18. But he knew that war was as close to hell as life can be and he did not want that for me, or on his conscience. He was gone a year later.

My sister and I have both kept horses in our lives; my wife Mary and I have five retired racehorses at our farm here in Kentucky and my sister has three warmbloods at her ranch in Los Alamos, California. It is our lifeline at times too, and perhaps an homage to our late father who connected us with horses, for life.

The research Earle Mack has funded is meaningful. If it saves one veteran's life, it was worth whatever he invested in the Project. I tip my hat to him and say thanks.