Home » Archive » Shared News » Letter to the Editor: Hold On, The Ride is About to Begin

Letter to the Editor: Hold On, The Ride is About to Begin 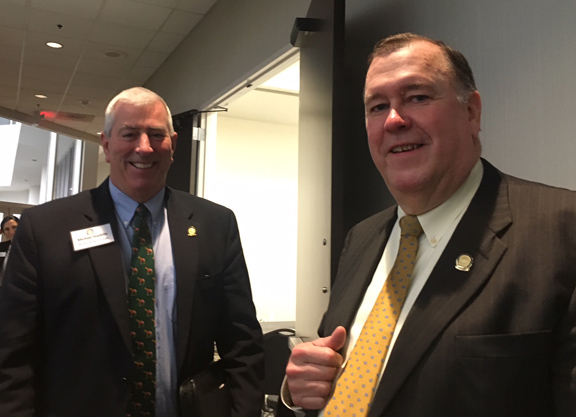 There's good news and bad news coming. The good news is that the Horseracing Integrity and Safety Act solves the persistent problem of inadequate funding to police the sport. The bad news is that decisions coming soon by the HISA Board may jeopardize millions of dollars of existing public support now allocated for this function.

Collectively the U.S. states invest over $100 million to regulate racing and wagering. That money comes in large part from taxes generated by the industry and fans. Commissions fight every year to ensure that adequate resources are available to do the job. Sometimes they succeed, often they don't.

The law's authors solved this issue by giving HISA authority to self-finance by assessing new fees. The implementation challenge was how to maintain existing state investment and infrastructures to minimize new costs on a sport struggling to compete in a dramatically changing world.

As the details of the proposed new program trickle out from the standing committees, there appears to have been little consideration as to how to maximize things already in place and paid for by the states. Those investigating, prosecuting and adjudicating violations will no longer be paid with public funds. The micromanagement of equine medical directors and regulatory veterinarians may result in shifting responsibilities and costs to racetracks or the HISA itself. And lastly, concerns about undefined but mandated testing program costs are already causing some states to consider privatization to turn it all over to HISA. Note: the states don't fund or do this for other sports.

Since mid-August, the ARCI has quietly held “implementation calls” with HISA and USADA staff for 31 states to identify potential obstacles early that need to be overcome. Additionally, state regulators were not allowed to participate in or even observe the work of the HISA standing committees, a decision that left the development of less costly options to avoid loss of public funding until the last minute as the FTC is eager to receive the formal submission.

Perhaps HISA Chair Charles Scheeler said it best at The Jockey Club's August Roundtable: “This program is going to cost money, and it's going to cost more money than the industry has traditionally allocated for services such as these.” Very true, except that the bulk of the money is not allocated by the industry, but rather by the states who can shift it elsewhere especially if someone else can pay.

Normally, when the federal government partners with a state to operate a program, a financial incentive of matching funds is provided. No such incentive exists here. A growing number of State officials above commissions are asking “What's in it for the State to continue to pay for any of this now that this new entity can pay for it?”

All this is modeled after the Financial Industry Regulatory Authority where that industry has no choice but to comply. That's true here as well, except that HISA authors ignored reality and erroneously defined state commissions as a racing industry constituency. They are not.
HISA has no power to force a state to do something it doesn't have the personnel, money or desire to do, even if the commission is willing. In fact, the more HISA seeks to micromanage and replace rather than improve, the more they push a state to walk and shift existing funding elsewhere to do things like fill potholes.

Only the HISA Board can mitigate the extent to which that happens by what they submit to the FTC. Otherwise, the day the details are released as to how this is paid for and by whom will be remembered as a nuclear blast whose fallout will be felt far and wide by many people who thought all this looked good on paper.

This story was posted in Shared News and tagged ARCI, Ed Martin, HISA, Letters to the Editor, USADA.