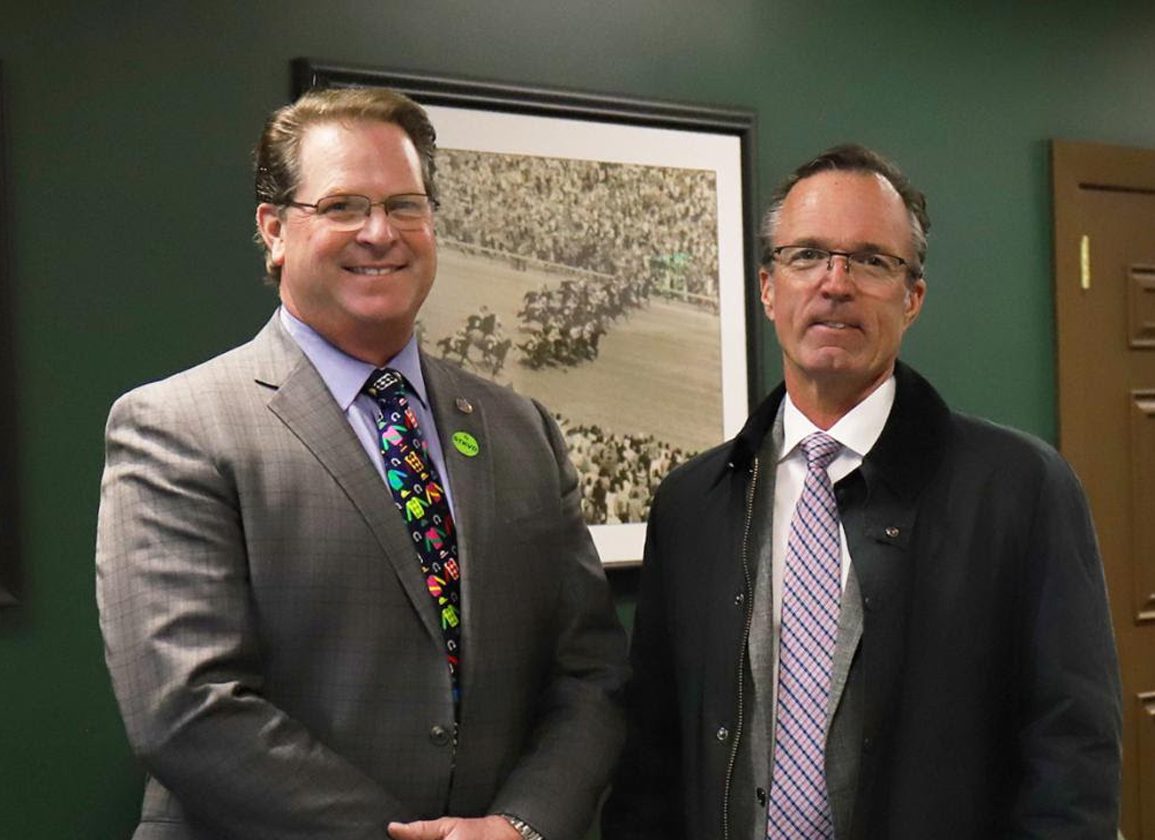 After reading both the Bennet and Parkin article published in the Journal of the American Veterinary Medical Association entitled “Fifteen risk factors associated with sudden death in Thoroughbred racehorses in North America (2009-2021)” followed by the TDN analysis of that article, I have become increasingly aggravated over the last three weeks from the implied message portrayed by each.

The dramatic click-bait headline “Horses on Lasix at Increased Risk of Sudden Death” is unwarranted by the facts. When compared to the end of the article, one becomes more frustrated with the headline since the statement “further work is required to determine which, if any, clinical signs are potential indicators and, indeed, whether such a rare outcome could be reliably predicted” provides more realistic information than the sensationalistic title.

The authors of the JAVMA paper claim no conflict of interest, but it is funded by the Grayson Jockey Club Foundation, and “help in interpreting the Equine Injury Database” was provided by two long time employees of The Jockey Club. The Jockey Club has a long history of both funding Lasix research and also pressuring the recipients of this funding to interpret findings in a manner consistent with their long-held goal of the elimination of race-day administration of Lasix in American racing.

My first concern: “Sudden death” as defined in this paper deviates from accepted definitions. Exercise associated sudden death (EASD) is typically defined as acute death in an apparently healthy animal within one hour of exercise. Bennet and Parkin define sudden death as any horse that perished from non-musculoskeletal causes within 72 hours of racing, using five “codes” unique to the Jockey Club's Equine Injury Database (EID). Left undefined are the facts behind how a horse becomes classified into one of these categories.

Even the authors of the paper agree that “it would be reasonable to assume that several of the listed codes would not be accurate.” By the authors' own admission, using the EID with undefined codes that may have very different meanings in different jurisdictions result in conclusions that are not accurate.

More importantly, only 5.6% of the horses in this study started without Lasix. No effort is made on the part of the authors to determine what, if any, other factors are associated with not using Lasix. For example, they have determined that older horses are at higher risk of EASD, and this age group also consists of almost all horses who race on Lasix. The younger age group is the only age group where any number of horses can be found that race without Lasix.

The bigger question–completely ignored by the authors and their study funded by The Jockey Club–is why do horses in North America suffer EASD at a substantially lower rate than their counterparts in other parts of the world? In this paper, EASD (with all the caveats previously mentioned about its definition) occurs at a rate of 0.13/1,000 starts, which is close to 10% of the total deaths of racehorses. In Australia, this rate is more like 25% of the total, with a whopping 37% of these EASD a result of Exercise Induced Pulmonary Hemorrhage (EIPH). In a similar study in the United Kingdom, published by the same researchers in 2011, the rate of EASD was 0.3/1,000 starts.

Bennet and Parkin–of all people, being well familiar with the principles of epidemiology–should know full well that correlation does not equal causation. Yet, they offer in the conclusions of their paper that, “The association between furosemide and sudden death prompts further study to understand which biological processes could contribute to this result.”

What we do know however, is the presentation of information can greatly impact the public's reaction, as we have seen in these recent headlines. As presented in the TDN article and others on this topic, the odds ratio was presented as furosemide increases the risk of sudden death in horses by 62%. Yet as noted by James C Meyer DVM MSc in his recent paper, if stated as an increase in the absolute risk, it would be 0.005%. That figure as you can see does not have the sensationalized purposeful negative effect as saying 62%.

I implore the readers of this letter along with the authors of the JAVMA article to consider that the biological process is simply the passage of time. The most obvious association between Lasix and EASD is that the majority of horses not racing on Lasix during the time of their study were 2-year-olds.

We know there is a mountain of evidence demonstrating that Lasix mitigates EIPH. When combined with further evidence that EIPH remains the most common cause of EASD in other countries, it is beyond irresponsible to use this Jockey Club-funded study as the basis for any policy intended to safeguard the health and welfare of our racehorses.

Dr. Doug Daniels is president of the National HBPA and an equine practitioner who owns Virginia Equine. He owns and breeds Thoroughbred racehorses.