Letruska Tough to Beat in Spinster 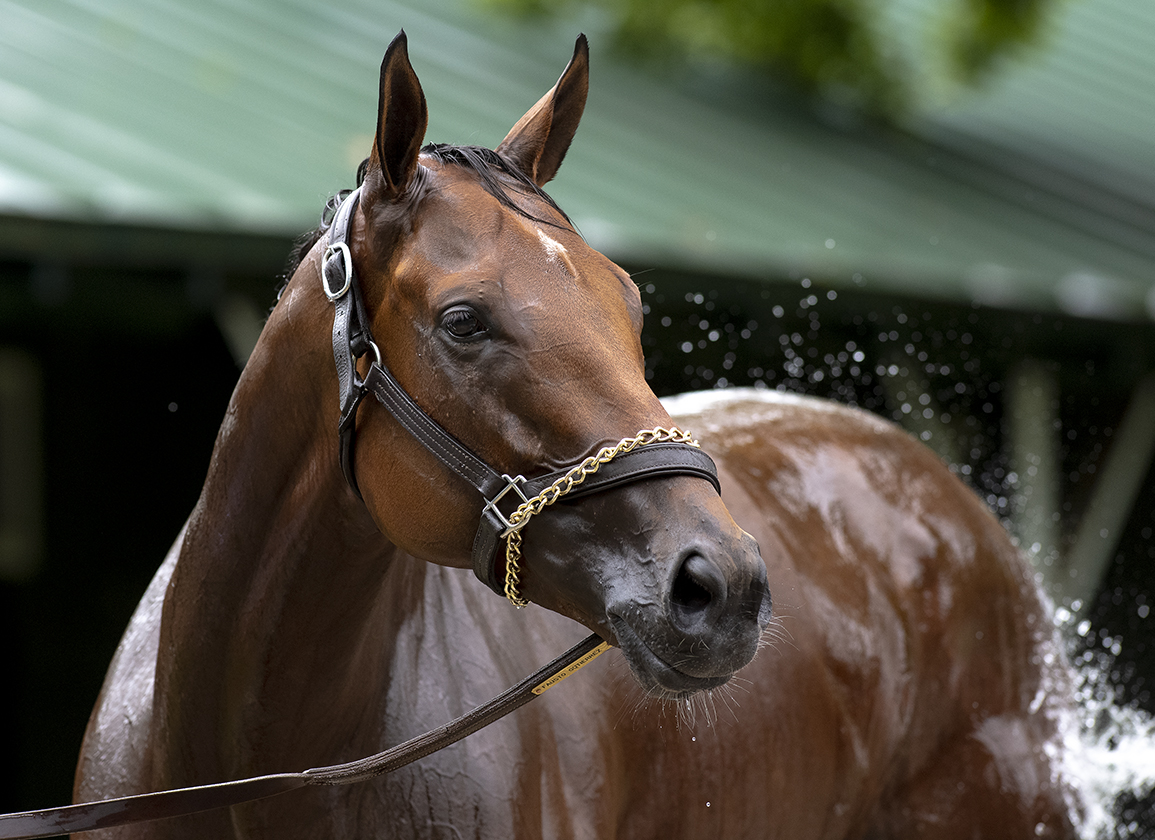 With the retirement of both Monomoy Girl (Tapizar) and Swiss Skydiver (Daredevil), Letruska (Super Saver) stands head and shoulders above the older mare division and is currently ranked second behind only Knicks Go (Paynter) among all runners in the country on the latest NTRA Top Thoroughbred Poll. She'll look to put her raw brilliance on display over her home track Sunday in Keeneland's GI Juddmonte Spinster S., a “Win and You're In” qualifier for the GI Breeders' Cup Distaff.

The powerful 5-year-old bay beat both Monomoy Girl and Swiss Skydiver fair and square in the GI Apple Blossom H. in April when she started a four-race graded win streak that included the Aug. 28 GI Personal Ensign S. in her last out. She's been training like a beast, bulleting in eight of her last nine works, including in her most recent five-panel move at Keeneland Oct. 2 in :59 flat (1/55). She does her best work from the lead, then simply runs her competition off their feet. The former Mexican star has now won seven graded stakes in the U.S., including her last two at the Spinster's nine-furlong distance and three Grade Is. Letruksa is a head shy of being unbeaten on the year in six starts and has already won three”Win and You're In” races this season. She'll look to make it four in the Spinster.

Of the competition, Bonny South (Munnings) gave Letruska a scare in the Personal Ensign, getting within a half-length when she unleashed a strong closing kick. The blaze-faced chestnut also finished behind the likely champ in the GI Ogden Phipps S. Bonny South has just one win on the year, but it was here at Keeneland in the GIII Doubledogdare S. during the Spring Meet, so the track won't be an issue.

Grade I winner Dunbar Road (Quality Road) hasn't won this year, but she got a 100 Beyer when fourth behind Letruska in the Personal Ensign and shipped in from Belmont when she could have stayed at the same distance–albeit over one turn–in Sunday's GII Beldame S. Multiple graded winner Envoutante (Uncle Mo) and listed winner Crystal Ball (Malibu Moon) are both Grade I-placed, but each would need a career-best effort to come close to Letruska.