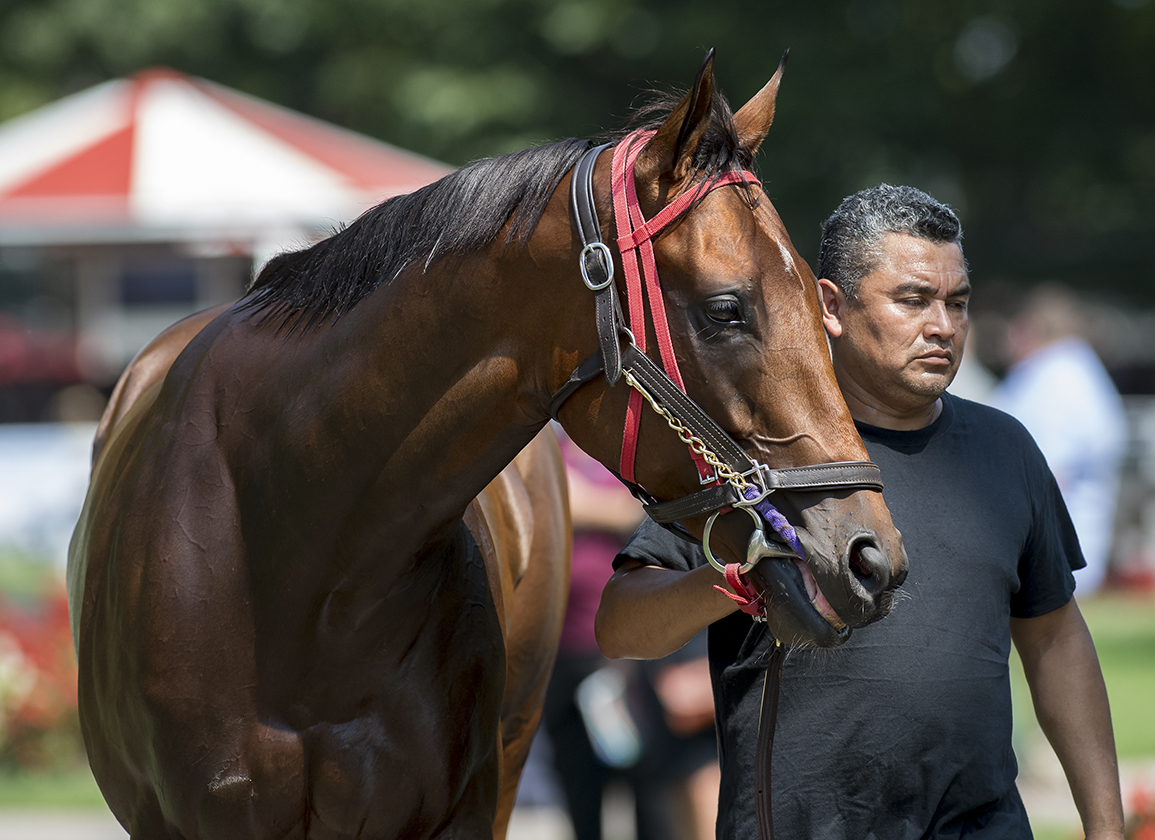 Divisional leader Letruska (Super Saver) looks to continue her domination of the distaff division as the heavy favorite in Saturday's GI Personal Ensign S., a “Win and You're In” for the GI Breeders' Cup Distaff in November. Opening 2021 with a victory in the GIII Houston Ladies Classic, she suffered her only loss this season when a head second to GI Kentucky Oaks victress Shedaresthedevil (Daredevil) in the GII Azeri S. at Oaklawn Mar. 13. Out-nosing two-time Eclipse winner Monomoy Girl (Tapizar) in the GI Apple Blossom H. Apr. 17, the bay wired the GI Ogden Phipps S. at Belmont June 5 and romped in the GII Fleur de Lis H. at Churchill last out June 26.

“She's a horse with a lot of talent. She has a strong character and the different places that we ship get more serious and more competitive,” trainer Fausto Gutierrez said.

Her biggest competition will come from champion Swiss Skydiver (Daredevil). Defeating Horse of the Year Authentic (Into Mischief) in the GI Preakness S. Oct. 3, the chestnut was a head-scratching seventh in the Distaff in November and returned to winning ways in her seasonal bow in Santa Anita's GI Beholder Mile Mar. 13. Third to Letruska in the Apple Blossom, she checked was a late scratch from the Phipps with a fever and had to miss the July 25 GIII Shuvee S. Due to her barn being under quarantine. She was re-routed to the GI Whitney S. Aug. 7, where she finished fourth in her third try against males.

“She needed the race,” trainer Ken McPeek said in reference to the Whitney. “She hadn't run since April. She went through that little fever she had for the Ogden Phipps. She was just off a long time. My preference was the Shuvee. I think it certainly would have been a better launching pad, but it was a good run. I'm sure she's going to improve fitness wise off that.”

Beholder Mile runner-up As Time Goes By (American Pharoah) ships in from California for Bob Baffert. Running away to a 9 1/4-length score in the GII Santa Margarita S. at Santa Anita Apr. 24, the regally bred filly won the GII Santa Maria S. by a nose there May 22 and was fourth to Shedaresthedevil last out in the Aug. 1 GI Clement L. Hirsch S. at Del Mar.

Royal Flag (Candy Ride {Arg}) is worth a look to round out the tri or superfecta. Winner of the GIII Turnback the Alarm H. in November, the chestnut came up a head short of Bonny South (Munnings) in the GIII Doubledogdare S. at Keeneland Apr. 16 and rallied to win the Shuvee.