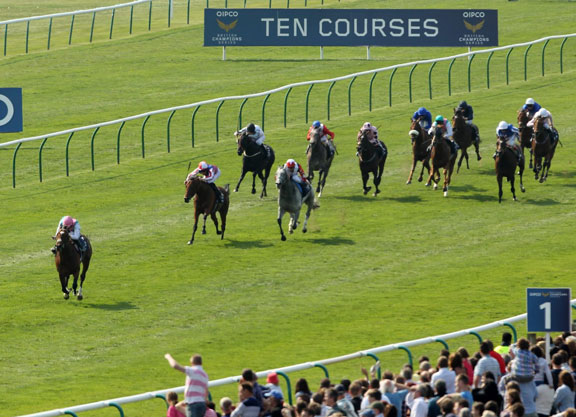 Piggott retired from the saddle in 1985, but returned several years later for a brief comeback before retiring for good. Click here to view a QIPCO British Champions Series Hall of Fame video on the great 85-year-old reinsman.

The highest-rated Thoroughbred in history, Frankel was foaled on Feb. 11, 2008. Named for the late trainer Bobby Frankel, the Juddmonte hombred debuted at Newmarket on Aug. 13, 2010 and promptly earned 'TDN Rising Stardom' for his half-length win over subsequent Group 1 winner Nathaniel (Ire) (Galileo {Ire}). The Sir Henry Cecil trainee added a win at Doncaster by 13 lengths that September, as well as the G2 Juddmote Royal Lodge S. later that month and the G1 Dubi Dewhurst S. to seal his champion juvenile honours in October.

After a dominant victory in the April 2011 G3 Totesport.com Greenham S., the late Prince Khalid Abdullah's bay colt exploded away to win the G1 QIPCO 2000 Guineas by six lengths later that month. He rattled off additional wins in the G1 St James's Palace S, G1 QIPCO Sussex S., and G1 QIPCO Queen Elizabeth II S. that year and was once again named a champion.

Sportingly kept in training at four, Frankel picked up right where he had left off, with a score in Newbury's G1 JLT Lockings S. in May, before another Royal Ascot victory, this time in the G1 Queen Anne S. in June. Another triumph in the Sussex S. in early August of 2012 followed, and he ventured beyond a mile for the first time with a seven-length win in the 10-furlong Juddmonte International S. Frankel's swansong came in the G1 QIPCO Champion S. that October and he once again earned a divisional championship.

Retired to Banstead Manor Stud with a perfect 14-14-0-0 mark and $4,789,144 in earnings, Frankel was named the highest-rated horse on the Longines World Thoroughbred rankings at 140. Ten of his wins were at the highest level and he was the first horse in 60 years to be named a champion at two, three and four.

“I cannot believe in the history of racing that there has ever been a better racehorse,” said the late Sir Henry Cecil, Frankel's trainer, after Frankel had signed off his flawless 14-race career with victory in the QIPCO Champion S. at Ascot in 2012. Click here for a video on the Juddmonte wunderkind and successful sire, who already has 63 black-type winners to his credit.