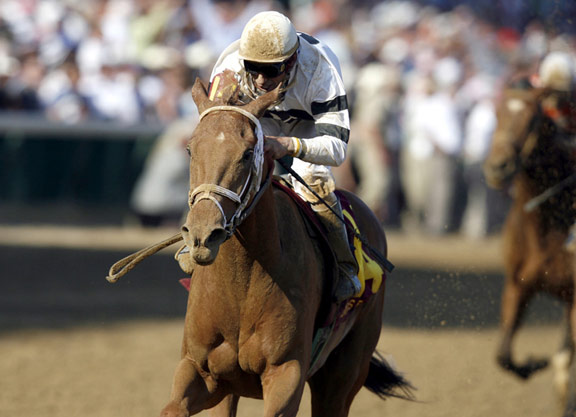 “As a breeder, Broodmare of the Year is about as significant as it can get other than having something like Gun Runner,” Fipke said. “It is the ideal. We are very lucky to get that. It's not me that does it though, it's the broodmare!”

Winner of the 2006 GI Kentucky Oaks, Lemons Forever was  purchased by Fipke for $2.5 million at the 2007 Keeneland November sale. The 15-year-old mare has seven foals with her top produce being MGISW Forever Unbridled, who was named 2017's top older mare after a perfect season that culminated in a victory in the GI Breeders' Cup Distaff. The bay, who was named KY-bred champion older female, was retired after finishing a respectable fifth in the Mar. 31 G1 Dubai World Cup and will now be bred to Medaglia d'Oro. Lemons Forever has a juvenile filly named Lemon's Medaglia (Medaglia d'Oro) and recently foaled another filly by the same stallion.

“Just over the weekend she foaled out a beautiful Medaglia filly,” Fipke said. “The filly has unusually long legs, weighs about 140 pounds and is bred similarly to Rachel Alexandra. She has a very distinct face just like Rachel, so we still have more ammo to come! We are just very, very fortunate to be associated with such a great broodmare.”

Reigning Horse of the Year Gun Runner (Candy Ride {Arg}) also took home Kentucky-Bred Horse of the Year and KY-bred champion older dirt male for his sensational 2017 season during which he won four Grade Is, including the GI Breeders' Cup Classic.

The full list of KY-bred champions (with breeders) is as follows:

Four merit awards were presented to individuals for their contributions to the Kentucky Thoroughbred Industry: