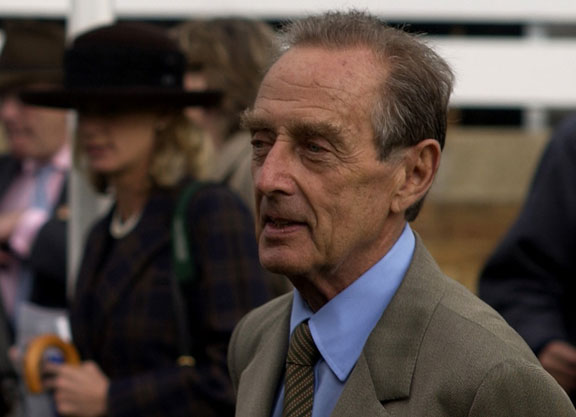 The late Gerald Leigh made a name for himself in Europe as a top breeder by developing strong families with a small, but select broodmare band at his Eydon Hall Farm in England. Buyers will have a chance to tap in to these bloodlines during the first session of the Keeneland January Sale Monday.

“I think all these horses are going to be well received, as they should be,” said Craig Bandoroff, whose Denali Stud is consigning the Leigh horses at Keeneland January. “I think what Gerald did with the family, with Brocade and Barathea and those kinds of horses, speaks for itself. When he passed away he sold the farm and the horses and everything to Sheikh Mohammed in one fell swoop, so that tells you what kind of operation it was.”

After Leigh's death in 2002, his daughter Sarah Jane Leigh made it her mission to carry on her father's legacy as a breeder in both Europe and America. In fact, she bred 2014 GI Belmont Oaks third-place finisher Summer Solo (Arch) out of one of her father's top mares Summer Solstice (Ire) (Caerleon), who was recently retired from breeding and turned out in Kentucky.

“Summer Solo is from one of her father's great families and one that she loves very, vey much,” said Dan Rosenberg, who was the U.S. advisor for the Leigh family for 30 years. “She so badly wanted to follow in her father's footsteps. Her father is one of the great breeders of the 20th century. He had phenomenal results with a relatively small number of broodmares and consistently so. She loved doing that with him and wanted very much to continue it. The fact she bred a Grade I stakes placed filly that raced under the same silks as her father, I think was hugely satisfying to her.”

Sadly, Sarah Jane Leigh passed away Aug. 30 at the young age of 53 after a battle with cancer. Her European stock was recently dispersed at the Tattersalls December Sale, with MSW Seta (GB) (Pivotal {GB}) earning top billing when hammered down for 1.1 million guineas, and Denali Stud will consign her remaining American horses in a six-head dispersal at Keeneland January.

“I went to Tattersalls to deal with the dispersal of the horses in Europe,” said Sarah Whitney, executive adminstrator at Eydon Hall Farm for over 30 years. “The horses sold for some fantastic prices to some fantastic homes. The legacy of Mr. Leigh and Sarah's bloodlines will live on and that will give us something to look forward to.”

As for the American dispersal, Bandoroff remarked, “I think all the horses are going to be well received, as they should be. Sarah Jane was the quintessential breeder in that she had the long term approach. When she bought something, she wasn't buying it to turn it over and resell it, she was buying it because she wanted to get into the family and try to develop it.” 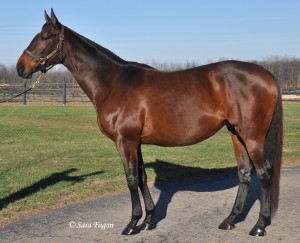 Leading that group is the now 5-year-old Summer Solo, who sells as Hip 259 in foal to Ghostzapper. Winner of her first three starts in New York, the bay was retired with a minor injury after her effort in the Belmont Oaks.

“Summer Solo was her best U.S. runner,” Rosenberg said. “She had a minor injury [after the Belmont Oaks], but the feeling was she had done enough that it was not worth the risk. There was too much to lose and not enough to gain by continuing to run her.”

Bandoroff also felt that Summer Solo was the standout of the group based on talent, physique and bloodlines.

“I think Summer Solo is one of the better mares in the catalog,” Bandoroff said. “She is Grade I-placed, she's young and was a good filly in New York. She has a strong female family. Sarah Jane wasn't doing this as long as Gerald, obviously, but the whole family was well respected. I personally would love to have anything they had their hands on and this mare is probably the best thing she had here in America. She owned Summer Solstice and bred the family, so this is really a continuation of her program.”

The 10-year-old Seeking Atlantis (Seeking the Gold) is offered as Hip 229 in foal to Ghostzapper and is responsible for the other three horses in the dispersal. Out of MGSW Atlantic Ocean (Stormy Atlantic), the unraced $700,000 KEESEP yearling purchase was in foal to Quality Road when picked up by Leigh for $375,000 out of the 2011 Keeneland November sale as part of the extremely popular Ned Evans dispersal. 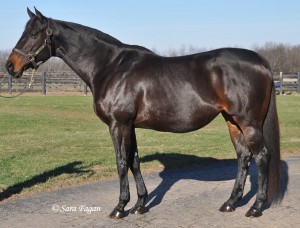 “Seeking Atlantis was an attempt to branch out into other families,” Rosenberg commented. “She was very excited, hopeful and optimistic about being able to do something with that mare as well.”

The resulting Quality Road foal is the now 4-year-old filly Castellani, who is catalogued as Hip 9. A half-sister to GSP Seeking Her Glory (Giant's Causeway), the Christophe Clement pupil graduated two starts back at Suffolk Downs Sept. 5 and was most recently third to the well-related Promotional (Artie Schiller) in an Aqueduct turf allowance Nov. 4.

“Castellani is a really good looking filly,” Bandoroff remarked. “Her race record is good. She was going to run again before the sale, but the race didn't go. She is in training and ready to go back. She is only four and Christophe always liked her. I think to somebody looking for a filly that has good form, can go back in training and whose vet work is good, she should be attractive.”

Two other progeny of Seeking Atlantis are also being offered Monday in 2-year-old Pinchbeck (Mineshaft), who sells as Hip 191, and a yearling filly by Arch, who follows her dam into the ring as Hip 230. Pinchbeck has also been in training with the Florida-based Randy Bradshaw.

“The Mineshaft filly is a 2-year-old, but again is a half-sister to a graded stakes placed horse,” Bandoroff said. “We don't know a lot about her because she was just broke and just getting going. The Arch filly is also a nice filly. I think certainly pinhookers and end users will both like her. She is correct.”

The dispersal of Leigh's American horses is the end of a long and storied journey through Thoroughbred racing that leaves those involved with mixed emotions.

“It's not a big dispersal in numbers,” Bandoroff said. “I think a couple of these horses are going to sell well and that will be nice, but it means more to me on a personal level. I had so much respect for Mr. Leigh. He truly was one of the finest breeders that I have ever met. I didn't know him exceedingly well, but anytime I was around him, he was just a consummate gentleman. Sarah Jane was just a sweet, sweet lady. I have very mixed emotions. It's a sad thing for me. He died young, she died young. It's not something that you are glad was dropped in your lap, but I have a very strong fondness and affinity for the family. We always take our business seriously, but this one has a little bit more meaning to me.”

Sarah Whitney, who worked for both Sarah Jane Leigh and her father, expressed similar sentiments.

“It's been a wonderful journey and sadly this is the final chapter,” she remarked. “Newmarket went extremely well. I was very proud of what we achieved there. I hope we can achieve some good homes and good results in Kentucky too. It is the end of a great journey, but one has to look to the future and maybe this will give other people the opportunity to get involved with these horses and families we have spent the last 30 years developing.”