Laurens To No Nay Never 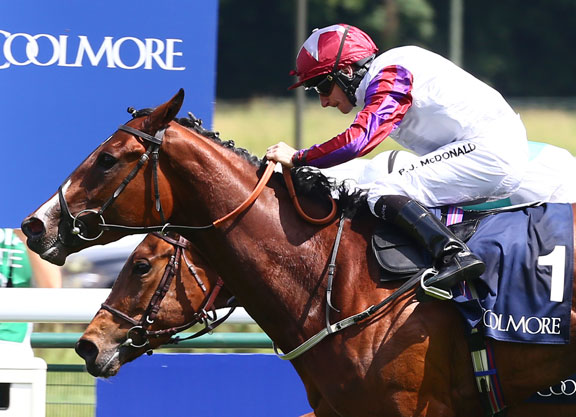 “Laurens will be heading to No Nay Never,” Dance Thoroughbreds tweeted. “As we keep both the fillies and first colts that we breed we were looking to breed a racehorse rather than a commercially attractive sales horse as her first would be kept regardless of what she produced.”

Expanding on the decision, Dance told Racing Post, “While we felt Laurens had an especially high cruising speed, what she lacked if anything was a quicker turn of foot. Thus we ruled out the obvious choices of Dubawi and Galileo as, while they would be clearly but needlessly sales attractive, they didn't typically inject the dynamic we were looking for.

“We looked at quicker stallions who typically produced quicker offspring and after considerable deliberation over various possibilities we eventually agreed on No Nay Never for her first cover.”

A £220,000 Goffs UK Premier Sale yearling, Laurens won the G1 Fillies' Mile and the G2 May Hill S. at two and added a further four Group 1s at three: the Prix Saint-Alary, Prix de Diane, Matron S. and Sun Chariot S. She took the G1 Prix Rothschild this year and was second in the G1 Lockinge S.