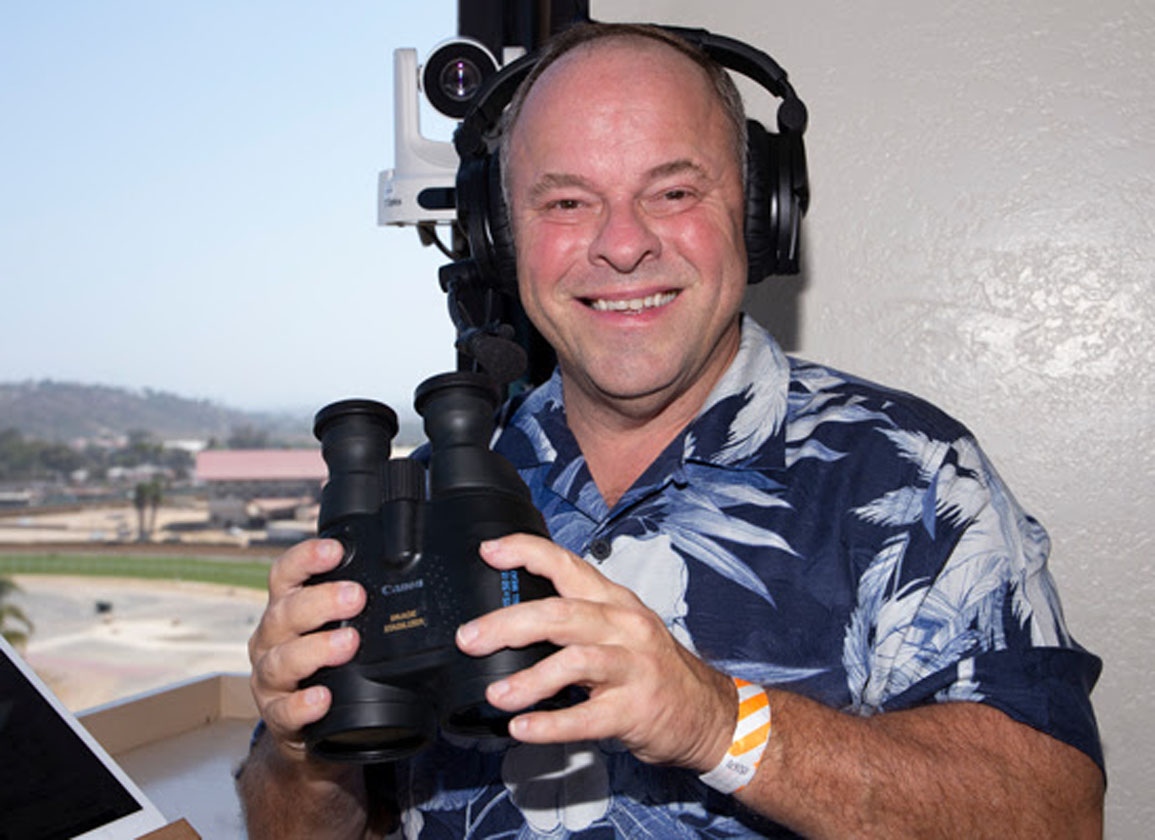 Larry Collmus has been calling races at the highest level for a long time, but even his vast experience and expertise could hardly prepare him for what happened in Saturday's stunning GI Kentucky Derby, as 80-1 bomb Rich Strike (Keen Ice) came seemingly from nowhere to surge past the short-priced pair of Epicenter (Not This Time) and Zandon (Upstart) and score the second-largest upset in the 148-year history of the Run for the Roses. Tuesday, Collmus joined the TDN Writers' Room presented by Keeneland as the Green Group Guest of the Week to recall his shock as he saw Rich Strike rallying up the inside, discuss whether or not he misses being a full-time racecaller, impart his advice for future generations of racecallers and more.

“I wouldn't say a little bit of surprise, I'd say a lot of surprise,” Collmus said of his reaction during Saturday's stretch run. “I honestly wish I had picked him up earlier, but it's tough in the Kentucky Derby trying to follow all of these horses and the moves are usually coming up on the outside, so that's where you're looking for the late moves. And while that's going on, here comes the last possible horse you'd be looking for in Rich Strike. He wasn't even in the race as of 9:00 on Friday. Luckily, as racecallers do, we go by the silks, the jockey's colors, and he was the only red-and-white silked horse in the race, thank goodness. So here he comes on the inside and you're like, that's got to be Rich Strike, and boom, you catch him just in time. I'm glad I caught him at all to be honest.”

The 20-horse Derby is a uniquely difficult challenge as the biggest flat racing field in North America, and Collmus was asked what he does to prepare for such a daunting task compared to a more standard race.

“My preparation varies, but the Kentucky Derby is its own thing,” he said. “So in other words, I'll start like everybody else watching the prep races from January and start to familiarize myself with those horses. Then when we get to crunch time, within 10 days of the race, Churchill Downs will send me a PDF of all the jockey silks, and I will make flashcards to start memorizing the names five, six times a day. That's this horse, that's this horse, and thank goodness I did the also eligibles. Then, of course, you've got [silks] colors that may be similar in the Derby, so you want to know running styles, you want to know what color the horse is, any facial markings, do they have a white blaze, do they not, do they wear blinkers. Anything to separate all those horses. On a day-to-day basis, you don't have to do that because you've got 12 horses max and there's a lot less pressure.”

Elsewhere on the show, which is also sponsored by Coolmore, Lane's End, the KTOB, XBTV, West Point Thoroughbreds and Legacy Bloodstock, the writers broke down all the star-studded action from Derby/Oaks weekend and reacted to the announcement of a trial date for indicted trainer Jason Servis. Click here to watch the show; click here for the audio-only version or find it on Apple Podcasts or Spotify.