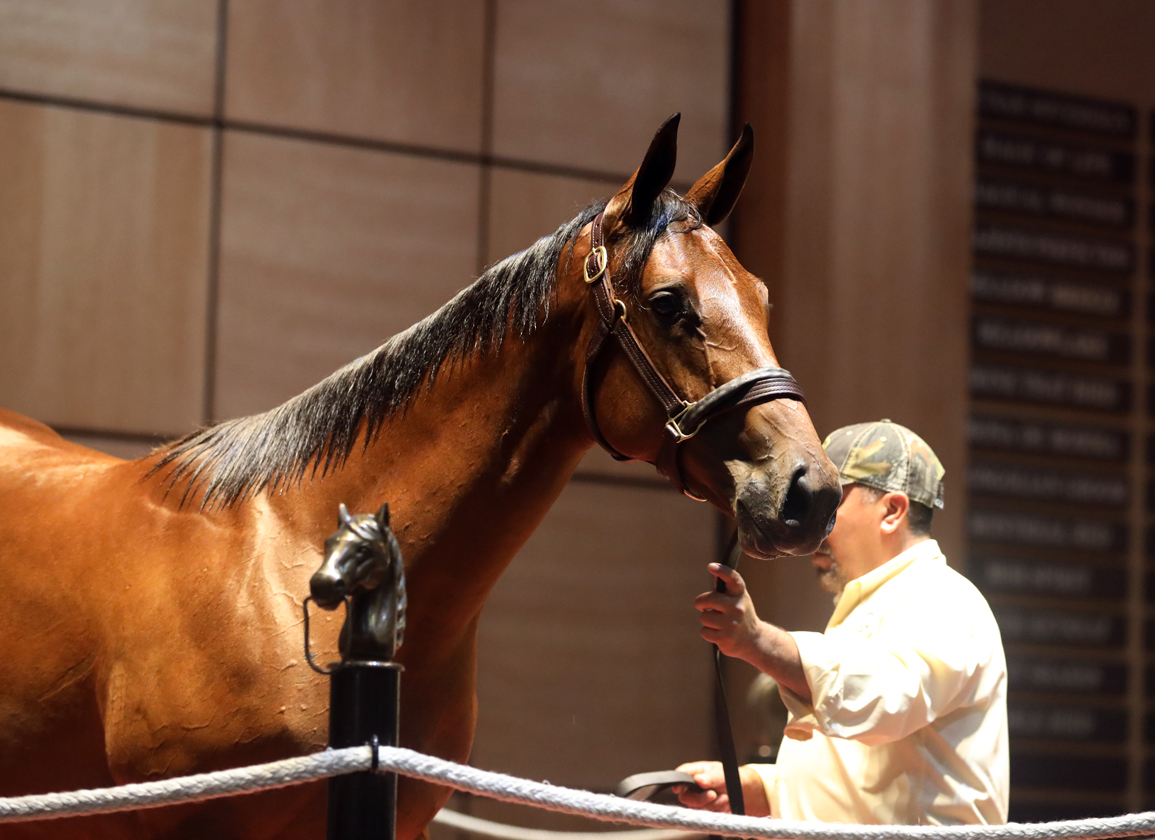 The North American registered Thoroughbred foal crop is projected to be 18,700 in 2022, The Jockey Club reported Thursday morning. This represents 500 fewer foals than the 2021 foal crop estimate of 19,200, and, at a decline of 2.6%, represents the sixth straight year of decline and is the lowest figure since 1965, when the foal crop was 18,846.

The foal crop projection is computed by using Reports of Mares Bred (RMBs) received to date for the 2021 breeding season. RMBs are to be filed by August 1 of each breeding season.

Additional foal crop information is available in The Jockey Club's online fact book at jockeyclub.com/factbook.asp and in the online state fact books.

The Jockey Club is encouraging stallion owners who have not returned their RMBs for the 2021 breeding season to do so as soon as possible, advising that Interactive Registration, which enables registered users to perform virtually all registration-related activities over the Internet, is the most efficient means of submitting RMBs and is available at registry.jockeyclub.com.

The Jockey Club said that state-by-state totals would be released at a later date.

WinStar's Elliott Walden was asked if he felt that COVID-19, which struck one month into the 2020 breeding season, was behind the decline.

“I don't know if you can answer whether or not there's a specific reason for it,” he said. “It has been a trend for years, and I don't know that it's any one event that caused it.”

But whatever the reason, he  said that despite the foal-crop numbers, he was bullish on the industry. “I'm of the view that things are looking up,” he said. “I think that you've got four racetracks with maiden races with purses of $100,000 plus and I think you're going to see a very solid sale here next week. I think the horses that we typically don't talk about in the TDN are going to be very competitive to buy, and that's the horses in the $25,000-$100,000 range, because of the purses. If breeders can start making money across the board, rather than just on one or two horses, because the purses are good enough, that makes all the difference.”

In the meantime, he said, “the biggest concern is for races being filled, and you might have to solve that by picking and choosing strategic days for tracks to race.”

Like Walden, the Executive Director of the KTA/KTOB, Chauncey Morris, said he was seeing positive trends as well.

“If you look back in the history of the turf, when horse racing was the national pastime, the foal crop was far lower,” he said. “I always first have to look through the prism of Kentucky, because that's my job. Fewer foals is down to a decade of racetrack closures and disruption in the export market. We have been at this point for a while now in the 21st Century where there has been a deglobalization that makes it harder to export. Countries are wanting to subsist on their domestic product. We're doing that here in the U.S.. In the middle of that, there are some takeaways that are hugely influential to the foal crop as possible signs,” he said.

“The first is the strength of the economy in the U.S. as it relates to those end users–racehorse owners that we depend on who actually buy the horses,” he said.

“Number two, I would say that if New York, Kentucky, Arkansas and California weren't posting solid wagering numbers, then we should have cause to really worry long-term about the business, but because they are turning in high-wagering numbers in the middle of a global pandemic, increased competition for the disposable dollar, and in the midst of global disruption, ultimately you can draw upon some positivity going into the largest sale in the world. Yes, it's a little bit concerning. But yes, we have also taken steps to correcting the underlying foundations as to how this sport is regulated, and can draw upon places like New York, Kentucky, Arkansas, where the business plan is solid. And we know that, at least in Kentucky, our fields are pretty good and our product is pretty strong.”

Breeders' Cup Chairman Fred Hertrich said he breeds over 100 mares every year, and had not seen any change in his own activity. “We'll breed 100-plus mares a year, and we didn't see any change to that they year before (Covid, in 2020) or the year after,” he said. “I don't think you can read too much into it, and I can't answer for everybody in the industry, but we had a similar year to what we had before and what we had this year.