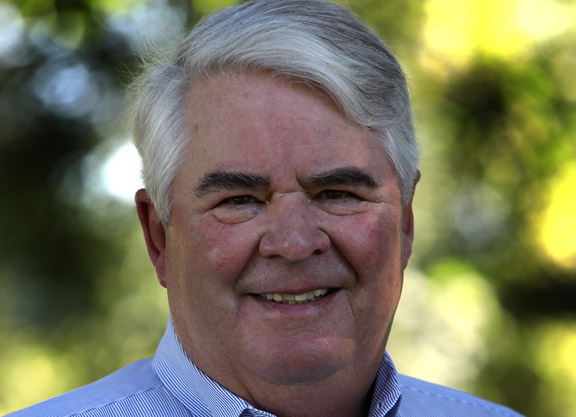 The Kentucky Thoroughbred Farm Managers' Club (KTFMC) has announced Lane's End Farm's Mike Cline will be honored as the 2020 Ted Bates Farm Manager of the Year. Cline has been part of Lane's End since 1979, when Will Farish hired him to manage the then-new farm in Woodford County near Versailles.

Cline grew up in Versailles as the son of a farm manager and attended the University of Kentucky. He worked on the racetrack with Hall of Fame trainer Mack Miller, then returned to the Versailles area to manage Big Sink Farm. Farish originally hired Cline to oversee broodmares, foals, yearlings, barn construction, and pasture management at Lane's End, but the farm soon grew into an industry leader with both major sales and stallion divisions.

Under Cline's tenure, Lane's End has bred, raised, sold, or raced hundreds of top horses for both the farm itself and for clients. Lane's End stallions have sired over 285 Grade I winners and the farm has been the leading sales consignor 26 times, with over 380 black-type winners among their alumni. The legendary A.P. Indy (Seattle Slew), one of the world's great stallions as well as 1992 Horse of the Year and a member of the Hall of Fame, is most closely associated with the farm, as the late stallion was co-bred by Farish, sold by Lane's End, and then returned to the farm to stand his entire stud career.

In addition to his work with Lane's End, Cline has mentored a number of people in the horse industry, including several who went on to manage other top farms. He has also been a strong supporter of the Kentucky Equine Management Internship (KEMI) program, which provides opportunities for students to learn horsemanship skills and begin their careers in breeding and racing.