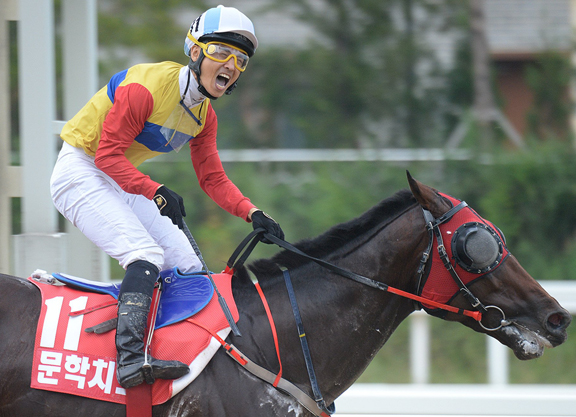 Officials at the Korean Racing Association (KRA) have announced that the country’s two races open to international competition, the Korea Cup and Korea Sprint, have been postponed due to the ongoing COVID-19 pandemic and the related compulsory quarantine measures on foreign visitors that have been implemented by the Korean government.

Racing at Busan and Seoul, which takes place Friday through Sunday, was shut down beginning Feb. 28, as the government refused to permit the KRA to hold meetings behind closed doors. Other Asian racing jurisdictions, such as Hong Kong and Japan, were able to continue uninterrupted with strict protocols in place. Following a near four-month hiatus, racing got the green light to resume at Busan Friday, June 19 and has been conducted fan-free since that time. There is no infrastructure for off-track wagering in the country at present.

While foreign invaders dominated the Cup and the Sprint in its first few runnings, Korean-based horses made their presence felt in 2019, with Moonhak Chief (Pioneerof the Nile) prevailing in the Korea Cup and Blue Chipper (Tiznow) overcoming a high draw to win the Sprint. The latter went on to finish a highly respectable third in the GI Breeders’ Cup Dirt Mile at Santa Anita. Owing to geopolitcal issues, Japanese horses were excluded from the 2019 renewals.

The Korea Cup and Sprint are scheduled to assume their regular spot on the racing calendar next September.