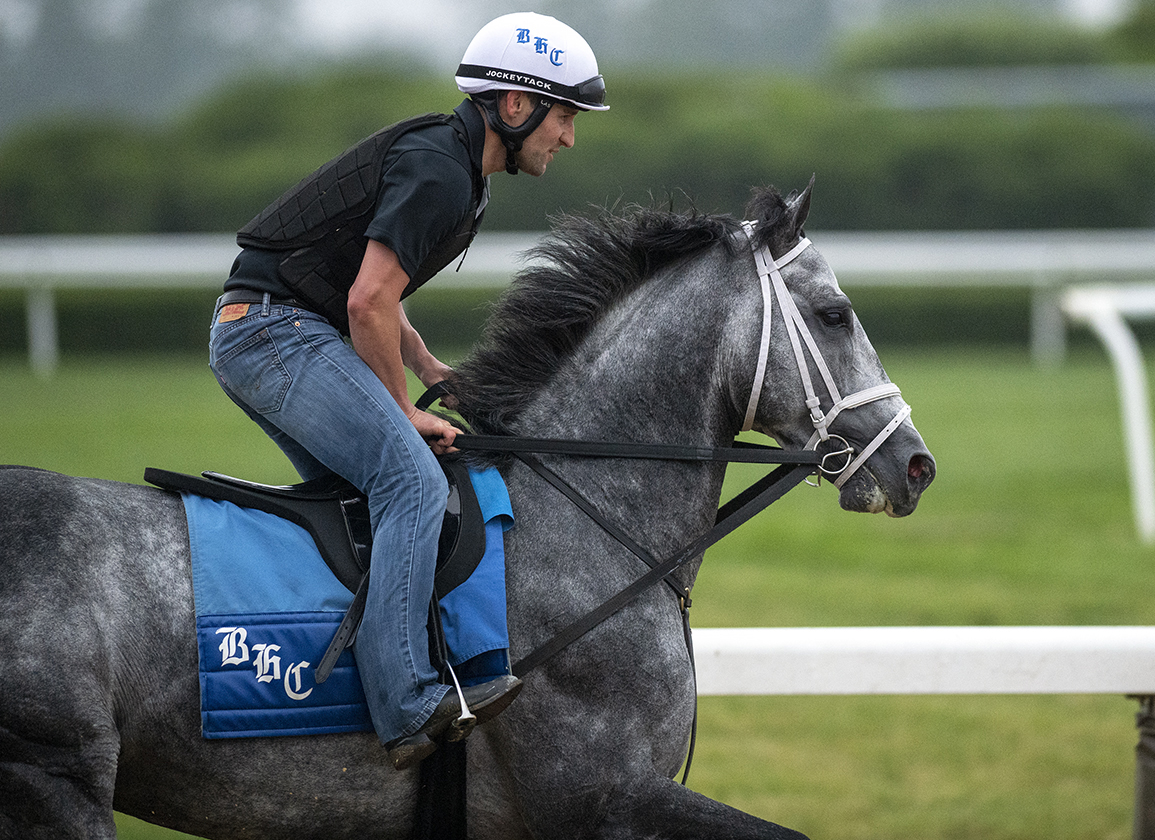 “If he comes out of it good and he trains well, we'll point for the Pegasus,” Cox said. “It's a good purse, it's a surface he likes and if he's doing well, there have been horses that won the Breeders' Cup and ended their careers with that, between the likes of Gun Runner and City of Light. It's always a nice race that you can pick off hopefully before going off to stud.”

Knicks Go is expected to begin his stud career at Taylor Made Farm next year.

“That's what we'd spoke about prior to the race that our sort of two-race plan was the Mile and then stretch him out farther in the Pegasus,” trainer Todd Pletcher said Sunday. “He certainly ran well enough to proceed in that direction if everything goes smoothly, but we haven't really had any time to really firmly discuss our entire plans yet. I'm sure once everybody gets back to their headquarters, we'll have that conversation.”

China Horse Club and WinStar Farm's Life is Good, knocked off the Triple Crown trail earlier this year by an ankle chip, was a narrow second in his comeback race, the seven-furlong GI H. Allen Jerkens Memorial at Saratoga and won the one-mile GII Kelso H. by 5 1/2 lengths Belmont Park Sept. 25 before his Breeders' Cup victory.

“It was everything that we were hoping for and then maybe even more,” Pletcher said of Saturday's victory at Del Mar. “The horse had trained spectacularly coming into the race and I felt like he was sitting on a big race. When he broke cleanly, you could tell they were going quickly and there were some other horses trying to be involved. My first concern was just, hopefully, he hadn't gone too fast, but it seemed like he was relaxed and settled. In spite of the fact that he was rolling right along, he was doing it comfortably. I think that's kind of what we've come to expect from him. He's one of those horses that's extremely fast, has a very high cruising speed and the ability to continue doing it. What was even more impressive to me than the :21 and four and :44 and change and 1:08 and change, is that he essentially won geared down. Then Irad [Ortiz] had to reach up and grab a hold of him in the middle of the turn. Galloping out, he was still full of horse. I don't think he could have been any more impressive.”