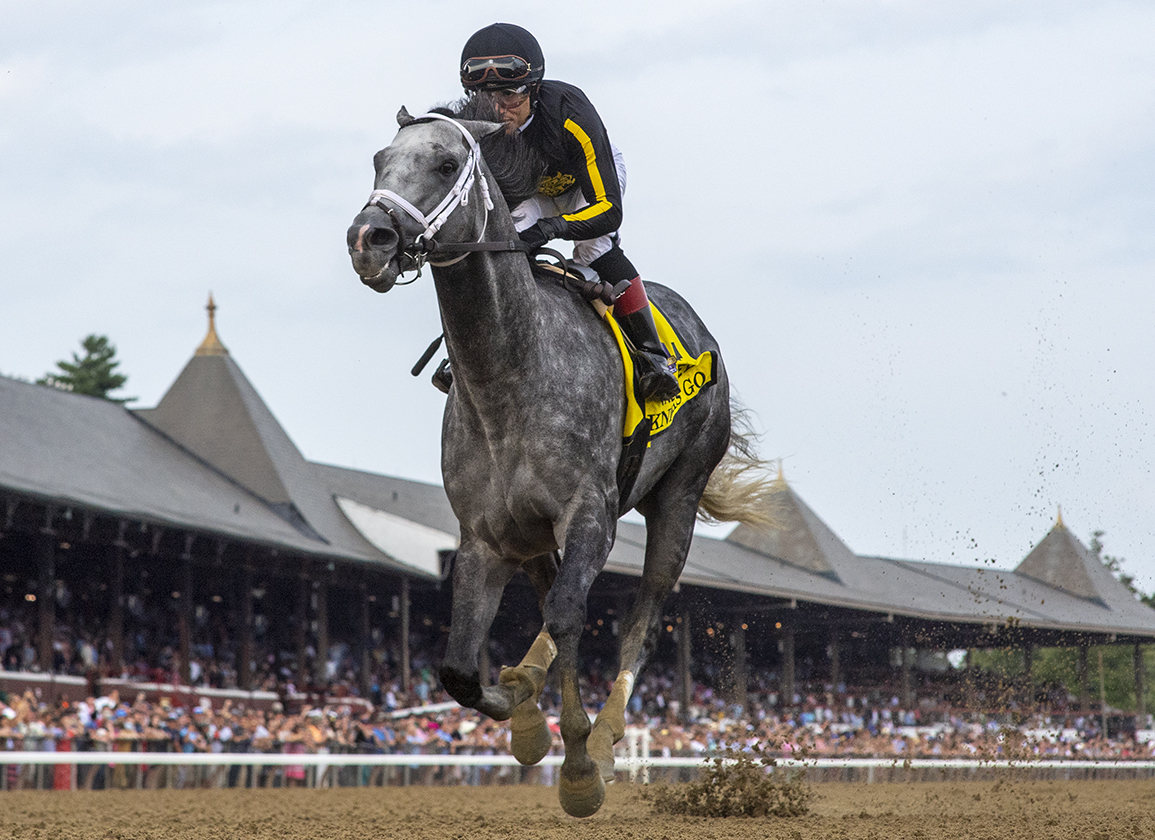 The inaugural running of the GIII Lukas Classic in 2013, contested as the Homecoming Classic, was won handily by the previous year's GI Breeders' Cup Classic hero Fort Larned (E Dubai), who would go on to finish a hard-trying fourth in defense of his Classic title five weeks later. This year's renewal goes through Korea Racing Authority's Knicks Go (Paynter), who is expected to cement his status as the favorite for the championship day feature Saturday afternoon.

An imperious winner of last year's GI Breeders' Cup Dirt Mile over a Keeneland main track that played to his strengths, the Maryland-bred wired the GI Pegasus World Cup Invitational S. in January to earn a trip to the $20-million Saudi Cup. A tiring fourth over the one-turn, nine-furlong configuration at King Abdulaziz in February, he failed to fire in the GI Met Mile H., also around a single bend June 5, and got the confidence boost he needed with a 10 1/4-length romp in the GIII Prairie Meadows Cornhusker H. going a two-turn mile and an eighth July 10, good for a career-best 113 Beyer. When Swiss Skydiver (Daredevil) elected not to match motors with him in the GI Whitney S. Aug. 7, Knicks Go was loose on the lead and set an aggressive pace, but had plenty to offer late in besting Maxfield (Street Sense) by 4 1/2 solid lengths.

Beaten at odds-on in the GI Woodward S. and GI Jockey Club Gold Cup last season, Tacitus (Tapit) was a non-threatening fourth in last year's Classic and makes his first start since a seventh in the Saudi Cup. He looks to be training forwardly at Saratoga for this return to action.

Independence Hall (Constitution) popped a career-best 104 Beyer when finishing three lengths adrift of Knicks Go in the Pegasus and was most likely in need of the run when fifth to GI Awesome Again S. hopeful Tripoli (Kitten's Joy) in the GI TVG.com Pacific Classic over the Classic course and distance first off a four-month layoff Aug. 21.