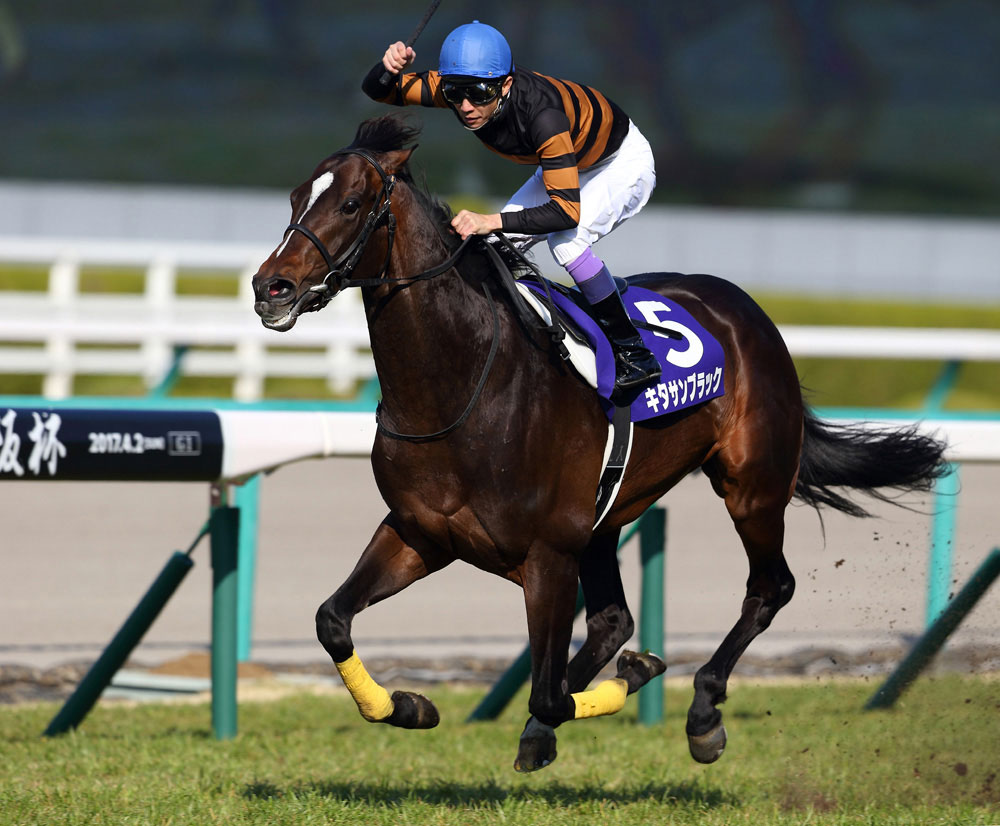 Winner of 10 of his 16 career appearances, Kitasan Black (Jpn) (Black Tide {Jpn}) shoots for a sixth Group 1 success as the heavy favorite in Sunday's G1 Takarazuka Kinen (2200m) at Hanshin, a “Win and You're In” test for the GI Breeders' Cup Turf.

“I think he ran a very strong race in the Tenno Sho (Spring),” his trainer Hisashi Shimizu commented. “He was more powerful that I had imagined he would be and he really has matured into an incredible horse. He's really something.”

At 15-2 ante-post, Satono Crown (Jpn) (Marju {Ire}) is closest in the market to the 1-2 chalk. Sixth in last year's Takarazuka Kinen, Satono Crown was given a perfect ride by Joao Moreira and cut down Highland Reel (Ire) (Galileo {Ire}) in the G1 Longines Hong Kong Vase (2400m) in December. Subsequently too classy in the G2 Kyoto Kinen at this trip Feb. 12, he couldn't quicken with Kitasan Black in the G1 Osaka Hai and settled for sixth.

The somewhat unexposed Sciacchetra (Jpn) (Mahnattan Café {Jpn}) won four of his first six career trips to the post, including the G2 Nikkei Sho (2500m) at Nakayama Mar. 25, but was soundly defeated in the Tenno Sho, finishing ninth. The significant cutback in trip could work in the 4-year-old's favour here.