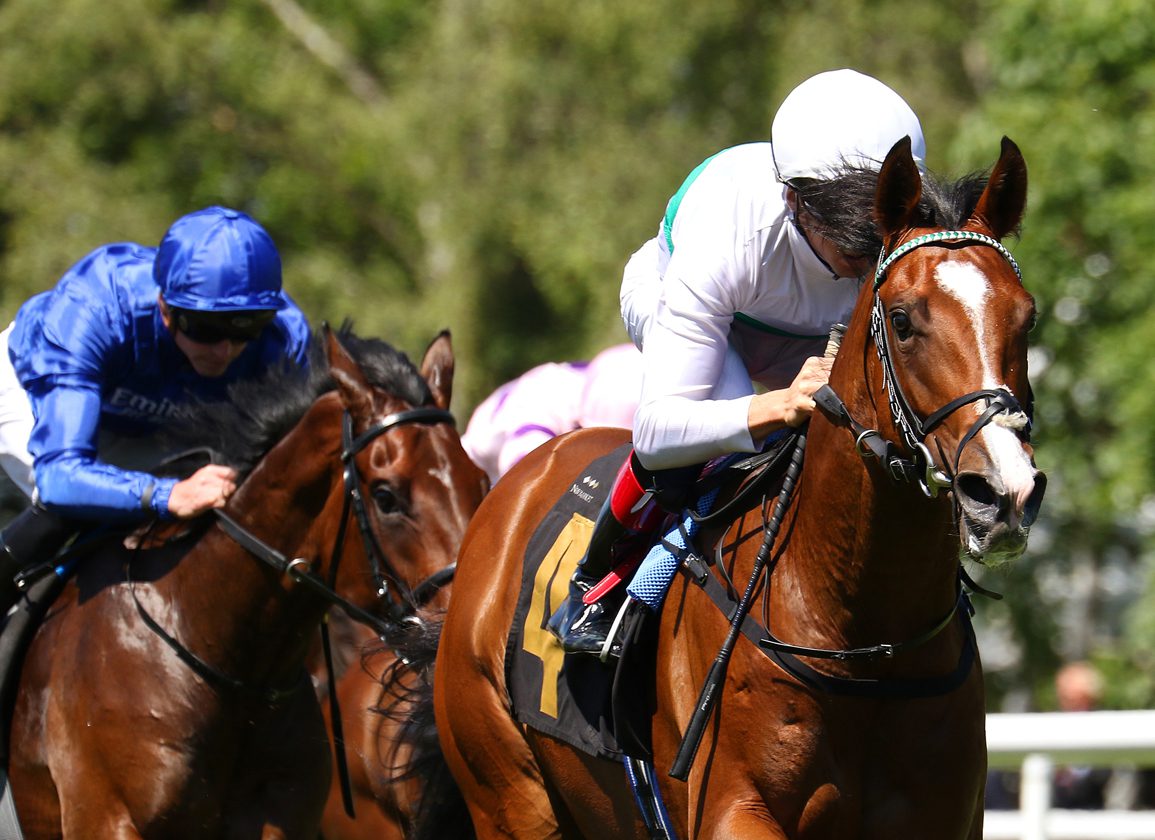 George Strawbridge's 2-year-old colt Epictetus (Ire) (Kingman {GB}–Thistle Bird {GB}, by Selkirk) was the pick of a baker's dozen on breeding, but not so in the betting, for Friday's Weatherbys British EBF Maiden S. at Newmarket and made a mockery of 11-1 odds with a 'TDN Rising Star' display in a heat won last term by subsequent G1 Prix Jean-Luc Lagardere runner-up and G3 Jersey S. victor Noble Truth (Fr) (Kingman {GB}). The 2022 G1 Derby entry was swiftly into a comfortable rhythm behind the leaders and raced on the bridle through halfway in this seven-furlong contest. Making eyecatching headway under a motionless Martin Harley to ease ahead at the quarter-mile marker, he was given a shake of the reins when threatened approaching the final furlong and kept on powerfully up the hill to easily outpoint Leadman (GB) (Kingman {GB}) by 1 1/4 lengths in impressive fashion.

“He's done nothing at home, he's worked gently on the bridle with another horse and wasn't wound up in any way for the race,” explained trainer John Gosden. “He was so sensible in the proceedings beforehand and in the race he did it all very professionally. He's not been on the grass for seven weeks, he's just been on the all-weather. Martin [Harley] gave him a lovely ride and I'm overjoyed. James Wigan bought the mare for Mr Strawbridge at the Rothschild dispersal and she was an exceptionally talented Group 1 winner that Roger [Charlton] trained. We'll go a step at a time and won't go jumping in the deep end. I think he'll be very comfortable over a mile, we'll go to a novice and then see where we go from there.”

Nice performance – Epictetus (11-1), a son of Kingman who is a half-brother to the useful Jumbly, travels powerfully and makes a winning debut in the opener on day two of the July Festival @NewmarketRace for the Gosdens and Martin Harley pic.twitter.com/d7IbHYKdoS