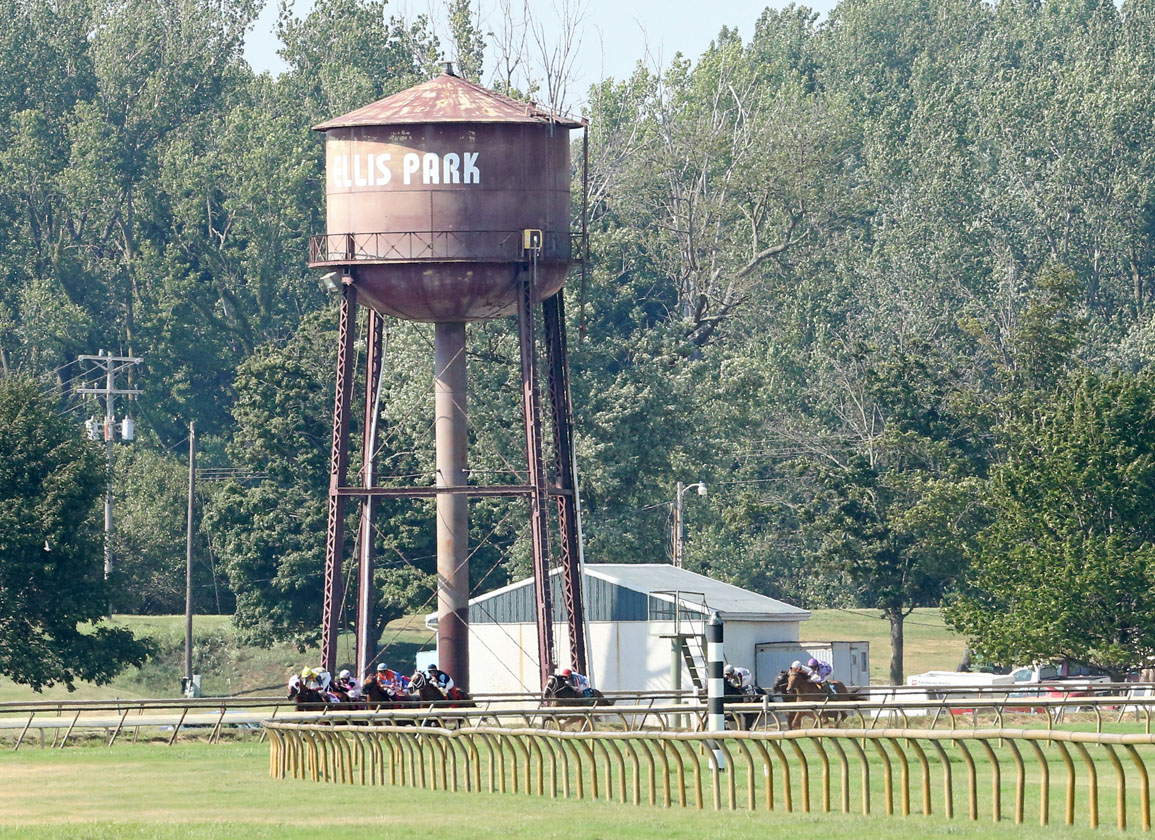 The KHRC members in attendance at the “special” meeting greenlighted the $79-million transaction in just 6 ½ minutes after a perfunctory read-through of the basic terms of the deal and a statement that the commission expects CDI to follow through with development projects that had been agreed to by the outgoing owner, which is the business entity for the Pueblo of Laguna tribe in New Mexico.

There was zero debate prior to the approval and not a single member of the KHRC posed any questions to CDI executives.

The transaction, which hinged on the KHRC's approval, is expected to close in the near future.

Using the current schedule of Kentucky racing as a template, when the deal is finally inked, it will give CDI control of the vast majority of dates on the state's annual calendar. The Keeneland Race Course meets in April and October and the Kentucky Downs boutique meet in early September will be the only exceptions.

The only pre-vote comment at the Sept. 20 meeting was made by KHRC commissioner C. Frank Shoop, who said, “It is not only a great move for Churchill Downs, it's a tremendous economic enhancement for the state of Kentucky, and it's also great for Kentucky horsemen. It's a win-win for everybody.”

After the no-opposition vote, chairman Jonathan Rabinowitz said, “Thank you to Churchill Downs for its commitment to our year-round circuit, and for everything they do for the commonwealth. It's really exciting for Ellis.”

The transaction will be CDI's second attempt at owning Ellis, which it bought in 1998 but offloaded eight years later, describing it as an “underperforming asset” in Securities and Exchange Commission filings.

Ellis Park opened as Dade Park in 1922, and it's currently the state's only Thoroughbred venue in the western part of the state. From a demographics perspective, its unique geographic location in a little slice of Kentucky on the northern bank of the Ohio River that is contiguous with Indiana makes it more of an extension of the roughly 450,000-person Evansville, Indiana, metro market.

For much of the 20th Century, Ellis-with its folksy nickname “the pea patch”-was a summer staple of the Kentucky circuit that catered primarily to lower-level racing.

But the advent of historical horse race (HHR) gaming over the past decade has boosted its stature as a business opportunity, and in recent years other tracks in the state have come together to share gaming revenues from the Kentucky Thoroughbred Development Fund with Ellis an effort to shore up year-round racing statewide.

When CDI bought Ellis in 1998, it became only the fifth owner in track's history. Once this latest CDI re-buy closes, it will mark the fourth different owner for Ellis in the past 16 years.

CDI paid  $22 million in cash, plus stock, to acquire Ellis from Racing Corporation of America back in 1998. That deal also included what was then known as the Kentucky Horse Center, a training facility in Lexington that in 2000 was bought by Keeneland for $5 million.

Two years later, Louisville Business First reported that “Ellis Park has been in the red for eight consecutive years, including all seven it was owned by Churchill Downs.” The publication also quoted Geary as saying that CDI lost $17 million during its time running the track, and that Geary himself lost $2.7 million in his first full year at the helm.

Geary persisted, eventually teaming with the Saratoga Casino and Hospitality Group (SCHG) by selling that entity a 30% stake in Ellis for $4 million. Geary then invested that money into bankrolling the launch of HHR at Ellis.

In 2018, Geary sold his remaining 70% stake in Ellis to SCHG for undisclosed terms.

One year later, Ellis was flipped again, this time for $11 million to Ellis Entertainment, LLC, a subsidiary of Laguna Development Corporation in New Mexico. The Pueblo of Laguna Tribe later held Ellis under a different gaming subsidiary, Enchantment Holdings, Inc.

Waqas Ahmed, the KHRC's director of pari-mutuel wagering and compliance, read into the record details of the pending transaction at Tuesday's meeting, noting that beyond the $79 million purchase price, CDI plans to “further invest $75 million” to develop Ellis and its off-site HHR facility in Owensboro, although specifics on exactly how that money would be spent were scant.

“Due to the preliminary nature of the project CDI was not able to provide further details, but I would like to note that upon review of the purchase agreement, Ellis Park will maintain responsibility for the capital improvements promised to the KHRC earlier this year,” Ahmed said.

The installation of lights for twilight or night racing and the expansion of the turf course were big-ticket items that the outgoing Ellis management had previously told the KHRC were in the pipeline for improvements.

Ahmed said CDI is expected to make “substantial changes” operationally, but that the gaming corporation intended to honor the 2023 race dates request for 24 programs (up one date from 2022) that Ellis had already submitted to the KHRC for next year.

Earlier this month, CDI unveiled its completely rebuilt Turfway Park, which in recent years has hosted Kentucky's December-through-March portion of the circuit. That massive project has been viewed positively in Kentucky as a way to bolster winter racing in the state.

But although CDI appears to currently enjoy a benevolent reputation among regulators in Kentucky, its history of acquiring then shutting down other racetracks has been a major cause for concern for the sport in general over the last two decades.

Under CDI's stewardship this century, the gaming corporation closed Hollywood Park and Calder Race Course, and it is in the process of finalizing the sale of Arlington International Racecourse so the property can be potentially used for a new football stadium. All three closures have strained or wreaked havoc upon their respective circuits in California, Florida, and Illinois.

In particular, the shutdown of Arlington last year capped a decade-long series of acrimonious relations with horsemen, who are still reeling from CDI's decision to sell off one of America's most historic and aesthetically beautiful racing venues, even while the corporation continues to pursue other gaming interests in the very same Chicago market.

Earlier this spring, CDI entered a $2.4 billion agreement to buy Colonial Downs and its network of HHR gaming facilities in Virginia.

In July, before that deal was even formally finalized, CDI's chief executive officer, Bill Carstanjen, said during an earnings conference call that the corporation planned to nearly double Colonial's race dates over the next few years, from 27 to 50, to comply with a Virginia law that ties HHR expansion to live racing dates.

In response to Carstanjen's comments, Frank Petramalo Jr., the executive director of the Virginia Horsemen's Benevolent and Protective Association, told TDN back in July that such a drastic expansion might be detrimental to the overall circuit and the spirit of cooperation that exists in the mid-Atlantic region, given the “diminishing number of horses” and a horsemen's desire for the Virginia track not to be “running over other race meets.”

In addition to the aforementioned three Kentucky tracks and Colonial Downs, CDI also has two other Thoroughbred tracks in its portfolio-Fair Grounds in New Orleans and Presque Isle Downs in Pennsylvania.