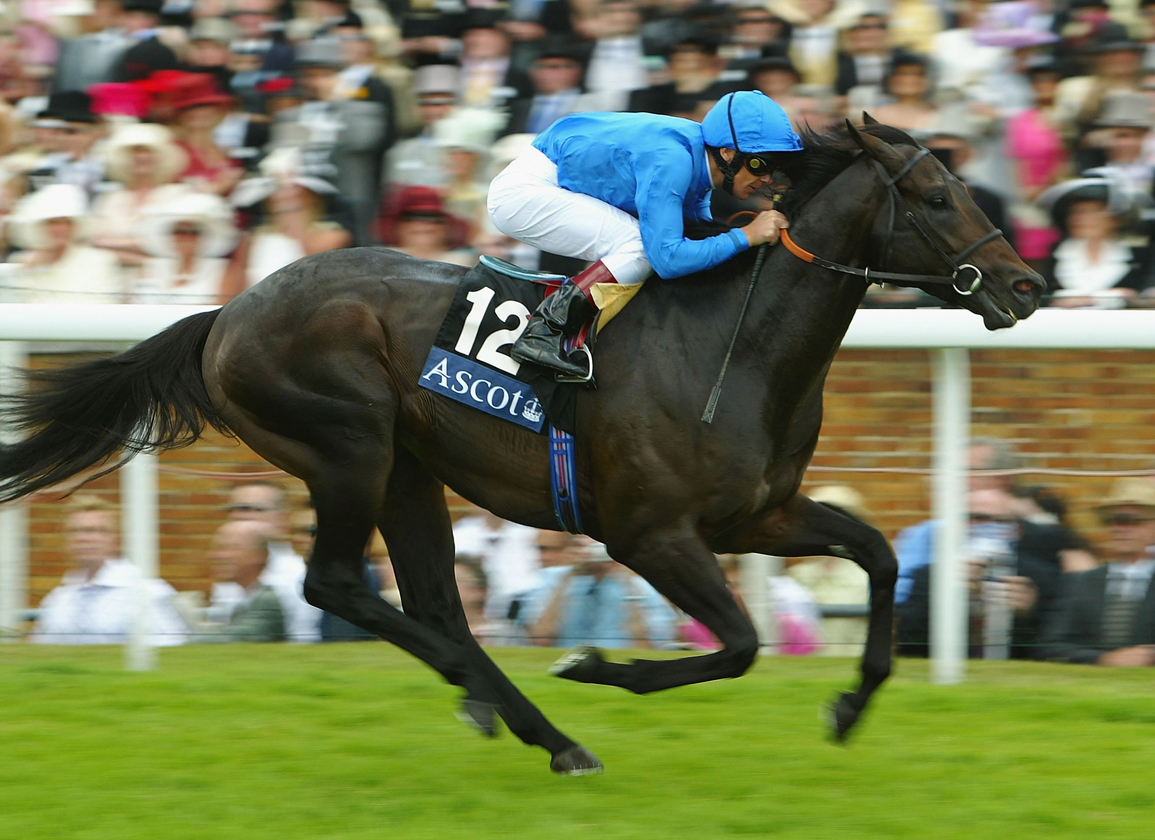 Kheleyf winning the Jersey S. at Royal Ascot in 2004 | Getty

Kheleyf (Green Desert–Society Lady, by Mr. Prospector) has died at Haras des Faunes. He was 20. The news was first reported by the Jour de Galop.

Bred by Darley and a great grandson of bluehen Fanfreluche (Northern Dancer), Kheleyf made his first four starts for the David Loder yard, with a second in the G3 Norfolk S. and a conditions win his best performances. Transferred to Saeed bin Suroor for his 3-year-old year, he won the G3 Jersey S. first out at three and was also third in the G2 Betfair Cup. He retired with a mark of 9-3-1-1 and $136,720 in earnings.

At stud, Kheleyf left 22 stakes winners, seven of them at the group level while standing for Darley in both Ireland and the UK from 2005-2014. Moved to Haras des Faunes in 2015, he covered mares there until his death. His best runners were Group 2 winners Penny's Picnic (Ire) and Sayif (Ire), while the latter was also second in the G1 Middle Park S. Big Time (Ire) and Vladimir/Gold Ball (Ire) (in Hong Kong) were both also Group 1 placed. A full-brother to European champion and dual group winner Bint Allayl (GB) and a half-brother to group winner Laa Rayb (Storm Cat), Kheleyf has five group winners among nine total stakes winners as a broodmare sire. Already, his daughters have produced G1 Prix Jean Prat hero Intellogent (Ire) (Intello {Ger}) and G1 Cheveley Park S. heroine Tiggy Wiggy (Ire) (Kodiac {GB}), who later sold for 2.1 million gns at the 2015 Tattersalls December Mares Sale to MV Magnier.