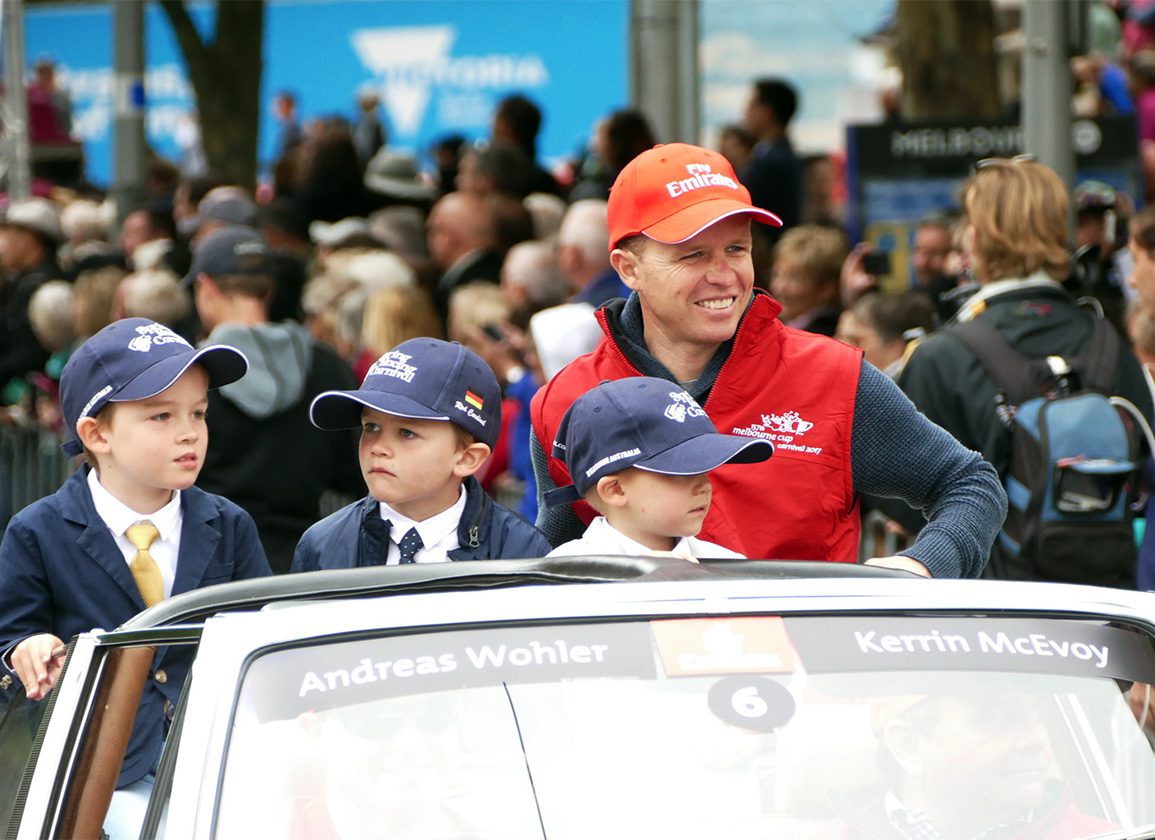 Classic-winning jockey Kerrin McEvoy is making the most of his week-long trip to Europe by riding in the Shergar Cup on Saturday followed by the G1 Preis de Diana in Dusseldorf on Sunday.

A treble winner of the Melbourne Cup, McEvoy joins Christophe Lemaire, Takeshi Yokoyama and Jason Collett on the Rest of the World team for Saturday's unique fixture at Ascot, which welcomes back McEvoy's former Godolphin colleague Frankie Dettori to the Shergar Cup for the first time in six years.

The Australian spent four years riding in Britain, predominantly for Saeed Bin Suroor, from 2004, during which time he won the St Leger on Rule Of Law, as well as the G1 St James's Palace S. on Shamardal and the G1 Prix Jacques Le Marois aboard Dubawi (Ire). His most recent big-race success in his home country came in May in the G1 Doomben Cup when riding Huetor (Fr) for Peter and Paul Snowden.

The rider confirmed by text message as he was about to board a flight from Sydney to the UK on Monday that he will also return to European Classic action on Sunday when he takes the ride in the German Oaks equivalent on Toskana Belle (Fr) for Andreas Wohler. The German trainer previously teamed up with the owners of the filly, Australian Bloodstock, to win the 2014 Melbourne Cup with Protectionist (Ger), who sired Sunday's G1 Grosser Dallmayr Preis-Bayerisches Zuchtrennen runner-up Amazing Grace (Ger).

Toskana Belle, a daughter of Shamalgan (Fr) was third in the G3 Diana Trial after winning the Listed Henkel-Stutenpreis at Dusseldorf in May. She is currently around 14/1 for the Preis der Diana, with the Aidan O'Brien-trained Toy (Ire) (Galileo {Ire}) co-favourite with Gestut Schlenderhan's Mountaha (Ger) (Giuliani {Ger}) at 9/2.