Kentucky Downs Turf Pick of the Day for Sept. 12 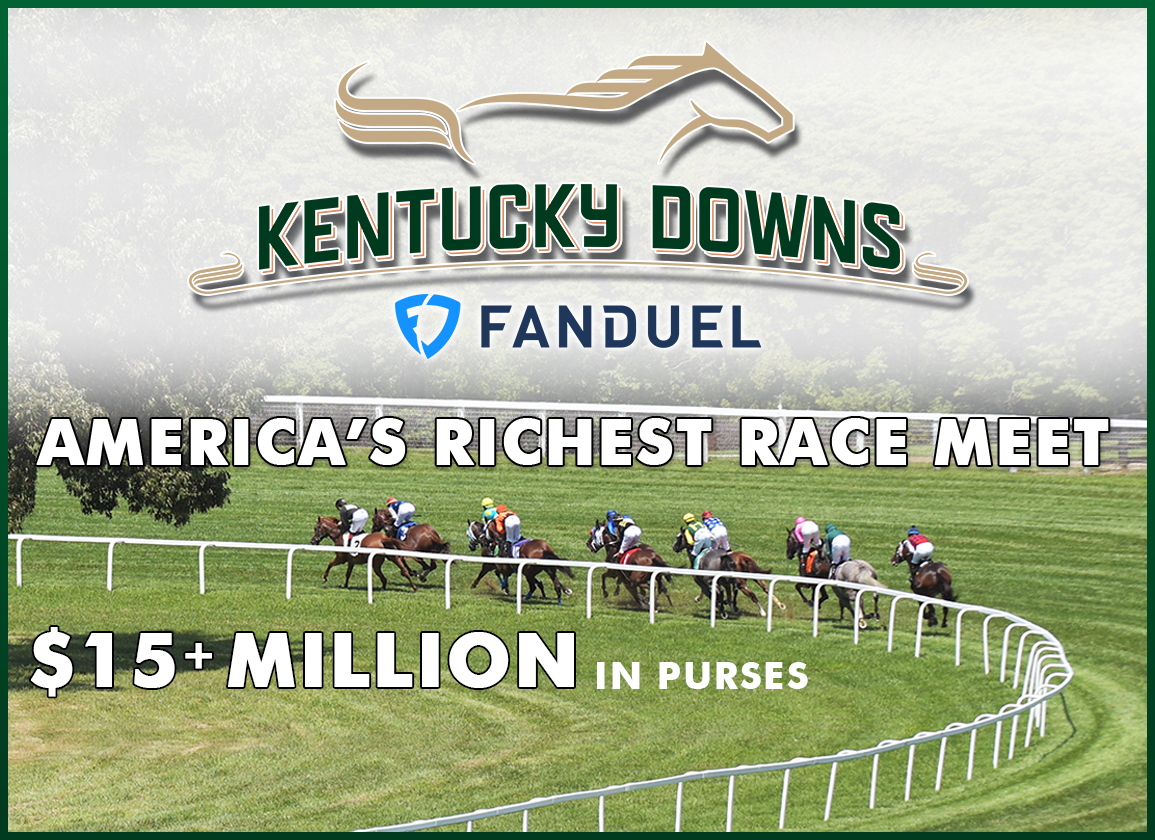 Steve Sherack and Brian DiDonato give their best bet for each day of racing during the FanDuel Meet at Kentucky Downs. $100 Win/Place format; highest bankroll at the end wins.

Steve Sherack: Saturday's Results – Bombard set the pace as expected and just got nipped on the wire for second to finish third. Bankroll: $550.

Race 7 – In a race absolutely loaded with speed, Lady Danae is the clear cut one to beat, bad post and all, off an ultra-impressive, come-from-behind debut win at Saratoga over a razor-sharp, next-out winner. With all that being said, I'm going to take a swing on Cavalier Cupid at a nice price. She's drawn well on the inside, is handy enough to sit within striking distance, and really flew home impressively (:11.71 and :11.44) in her last two wins going five furlongs at Colonial. The added distance is the big question here, but her likely double-digit odds will make it worth finding out. Selection: #5 Cavalier Cupid (15-1).

Brian DiDonato: Saturday's Results – Annex could only manage eighth from the back of the pack. One last chance to catch Sherack. Bankroll: $0.

Race 8 – I know I've been taking a lot of cutbacks, but I do think they have a bit of an advantage here. Toby's Heart looked like a potential monster at two, and she did win a stake this April, but has gone winless in her last three. She was a close fifth in the GIII Soaring Softly S. over a one-turn seven furlongs at Belmont that probably plays somewhat like this configuration, but the chart comments don't really accurately reflect that trip–she was left with too much to do and found traffic trouble that slowed her momentum. She split re-opposing Navratilova and New Boss two back going a mile, but those two were up on a slow pace and she came from way out of it. The 'TDN Rising Star' stuck to the mile last time in Saratoga's GIII Lake George S., and was a decent third against what was probably a tougher bunch. Winner Technical Analysis came back to take the GII Lake Placid in pretty dominant fashion. Now Toby's Heart gets a rider upgrade to scorching hot Joel Rosario, who has the perfect style for a horse like this. Selection: #6 Toby's Heart (3-1).