Keeneland's Inside the Winner's Circle: Justify Packs Plenty of Punch for Glennwood 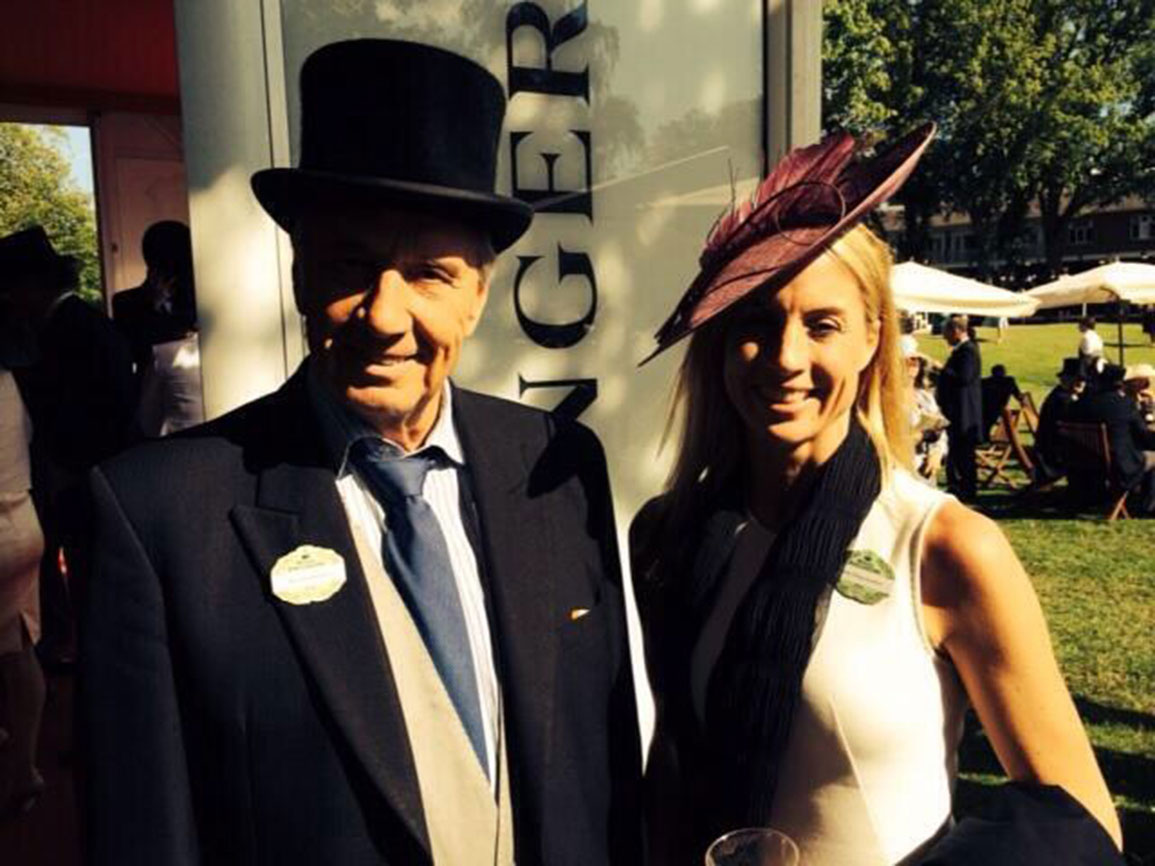 When undefeated GI Kentucky Derby winner Justify (Scat Daddy) and champion Good Magic (Curlin) darted into a dense fog bank enveloping the far turn of Pimlico Race Course racing neck-and-neck at the front of the pack in Saturday's GI Preakness S., Justify's breeder John Gunther, just like everyone else, was left wondering what happened. After a few anxious seconds, the two chestnuts emerged from the cloud and, much to Gunther's relief, it was Justify–the colt bred and raised at his Glennwood Farm–who held the advantage. Just as he has in his four previous starts, the 'TDN Rising Star' bounded across the wire in front, keeping his unblemished record in tact while securing the Middle Jewel of the Triple Crown.

The victory was far from stress-free for the connections of Justify, although Gunther said he believed jockey Mike Smith asked the Bob Baffert trainee just enough to preserve the victory by a half-length over a surging Bravazo (Awesome Again).

“Coming out of the fog, I wasn't sure where we were,” Gunther said with a laugh. “I was highly nervous, but he still got the job done… A lot of people thought [Bravazo] was going to catch him. After watching the replay, Mike Smith basically hand rode him prior to the wire–he knew he wasn't going to get beat, regardless of that other horse closing in on him.”

While the fog made the outcome of the Preakness all the more suspenseful, Gunther said there was never anything clouding the picture during Justify's development as a young horse. The son of the GSP Ghostzapper mare Stage Magic, by all accounts, was a man among boys by the time he stepped into the sales ring as lot 50 at the 2016 Keeneland September yearling sale, ultimately hammering for $500,000 to China Horse Club and WinStar Farm.

“He just turned out to be one of the best-looking yearlings we ever sold,” Gunther recalled. “He just got better and better after we sold him, and once he matured, he's just got muscles on muscles, this horse. He is unreal–he's the heavyweight champ.”

As fate would have it, the heavyweight champ made a rapid ascent to the top of the game by winning each of his five bouts in a remarkably short period of time. A first-out maiden winner by 9 1/2 lengths at Santa Anita Feb. 18, he added an equally facile allowance victory there Mar. 11 prior to capturing the GI Santa Anita Derby by three lengths over MGISW Bolt d'Oro (Medaglia d'Oro). From there, the hulking chestnut ran into the record books, smashing the “Curse of Apollo” by becoming the first Derby winner without a start as a juvenile before adding the Preakness Saturday.

“It's so gratifying when something this important happens,” said Gunther, who credits his daughter, Tanya, with much of the operational success at Glennwood. “There's a lot of work in the mating, the foaling of the mare, raising the foal to the yearling stage and prepping the foal for the sale at Keeneland. For all of this to come together, it requires a lot of work. I have to thank the Glennwood staff, especially my daughter, who plans the matings of these mares.”

Gunther explained that Tanya arranged the matings that produced both Justify and GII Wood Memorial hero and Kentucky Derby ninth-place finisher Vino Rosso (Curlin), as well as many of the other Glennwood Farm-breds who have gone on to achieve at a high level. Among their success stories is

GI Travers S. and GI Cigar Mile H. winner Stay Thirsty (Bernardini), who passed through the Keeneland September sales ring for $160,000 as a yearling in 2009. More recently, the Gunthers have brought the likes of GI Breeders' Cup Dirt Mile winner Tamarkuz (Speightstown; $325,000 yearling in 2011) and GI Hollywood Derby victor Mo Town (Uncle Mo; $200,000 yearling in 2015) to Keeneland as a gateway to success with their new connections.

“It's very important,” Gunther said of the buyers' bench available at the September Sale. “A significant part is who ends up buying the horse. If you're at the higher end of the game, breeding to higher priced stallions with good mares, they usually end up in the hands of a good owner with a good trainer. And that makes a big difference in terms of the future of the particular horse you're selling. When they win these graded races, they just add to the value of the families you're breeding and keeping long term. It all works out in the end.”

Justify will likely be joined in the Belmont starting gate by fellow Glennwood homebred and Keeneland September graduate Vino Rosso. While Justify strode home 2 1/2 lengths clear of Good Magic (Curlin) in the Derby, Vino Rosso found himself in 18th place early and offered a belated, wide close to cross the wire ninth. Gunther said he looks forward to seeing both colts navigate the 12-furlong configuration of the Belmont.

“I'm hoping for a one-two, naturally. Vino Rosso is bred to go a mile-and-a-half and handle the extra distance–it will be very interesting,” Gunther said. “It's going to be a historic event for me. Myself and my family are going to be flying to New York to attend it. It will be something I'd certainly never want to miss.”

Gunther admitted that the last three months have been a bit of a blur, watching his star yearling swiftly mature to become arguably one of the greatest 3-year-olds in recent memory. The Vancouver resident noted that the possibility of leaving an imprint on the history of the American Triple Crown is something that makes him particularly proud.