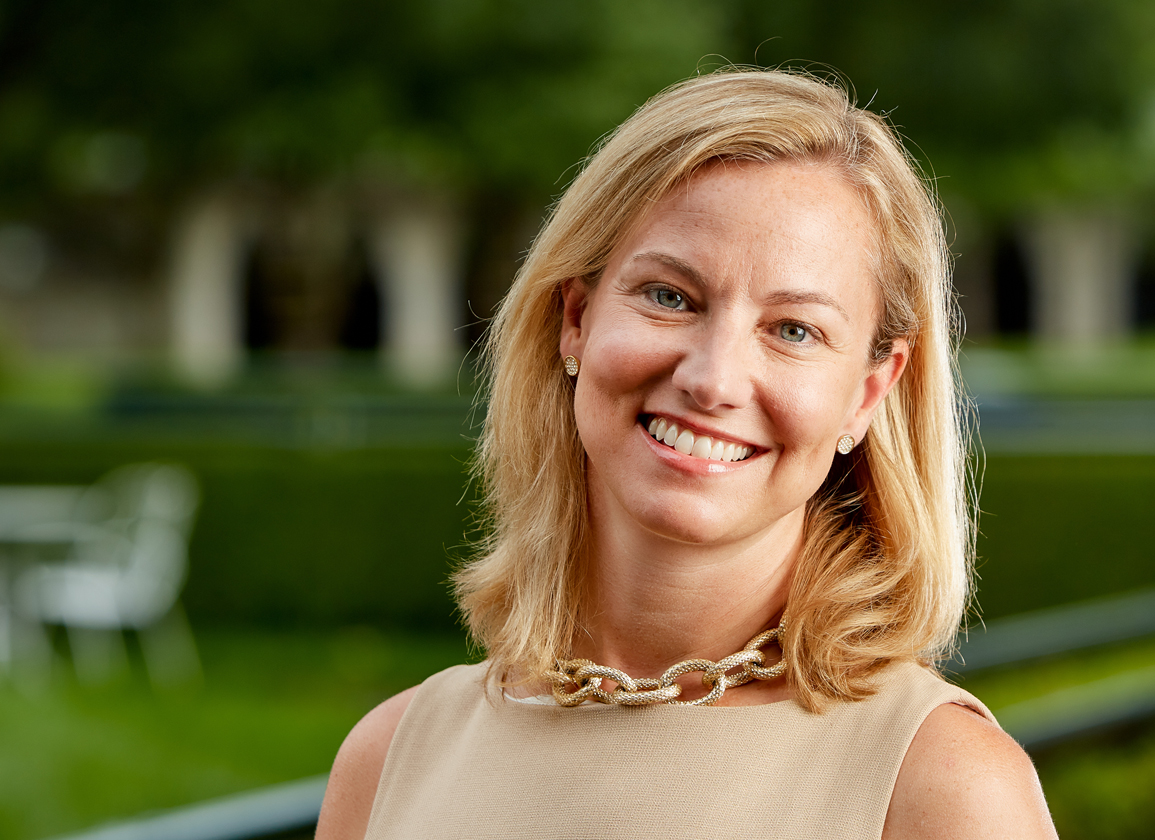 The early returns have been strong at Keeneland's marquee September Sale, both in the numbers on the board and the overall vibe on the grounds, and Wednesday morning, the company's president and chief executive officer Shannon Arvin joined the TDN Writers' Room presented by Keeneland to talk about her first September Sale officially running the show, the return of some normalcy to the auction environment, what to expect at the upcoming Keeneland Fall Meet and more.

“The word we keep saying is electric,” said Arvin, calling in via Zoom as the Green Group Guest of the Week, about the atmosphere on the grounds. “We've worked really hard to try to create the right environment that Book 1 deserves. So we've got a lot of flowers, we've got cocktails, we've got brunch. The barns are full of people, domestic buyers, international buyers. There were a lot of people sitting in that pavilion and really excited to be here. The electricity is palpable and we really do have that hustle and bustle back, which is what we want at a public auction.”

Arvin has Keeneland in her blood, as a Lexington native and the third generation of Keeneland management. She was asked about her early memories of Keeneland and spoke to her reverence for what the company means to racing as well as the Lexington community.

“It's funny, since I've been in this position, a lot of people say, 'Well, of course you were going to be president of Keeneland.' Nobody ever knows they're going to be president of Keeneland,” she said. “There are so many people that revere this institution, and what it means to racing, what it means to the Thoroughbred industry, what it means to our community. I definitely am one of those. My grandfather was the first general manager and he was here from 1936 until 1971. My dad grew up on these grounds and was lawyer to Keeneland and was one of our three trustees when he passed away in 2008. My early memories are from working here. I answered the switchboard and I worked in the sales office. They had Dough Daddy donuts every Saturday, and graham crackers and peanut butter in the break room … We are a company that was formed by horsemen for horsemen. In order to fulfill our mission to be a model racetrack, and promote the best in Thoroughbred racing and industry world leading sales company, we have to have horsemen on our team that understand what our customers are going through. So I think that's helped me really have strong ideas about who we need to have here.”

Elsewhere on the show, which is also sponsored by Spendthrift Farm, West Point Thoroughbreds, Woodford Thoroughbreds and Legacy Bloodstock, Joe Bianca and Bill Finley were joined by guest cohost Gabby Gaudet to discuss a smashing Kentucky Downs meet, the declining foal crop numbers and Churchill Downs's announcement that horses in the barns of suspended trainers will not be awarded Road to the Kentucky Derby points. Click here to watch the podcast; click here for the audio-only version or find it on Apple Podcasts or Spotify.