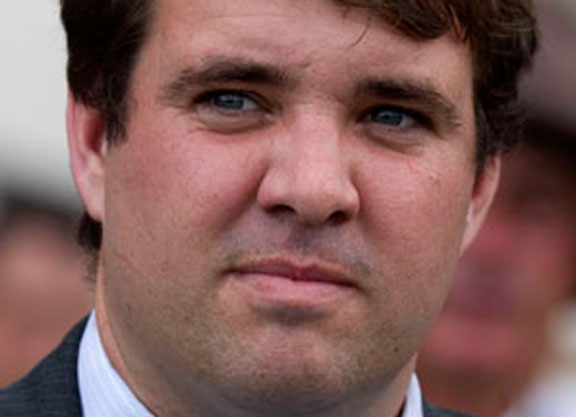 Australian trainer Sam Kavanagh has been banned from the racing industry for nine years and three months for his involvement in 23 offences related to cobalt and race-day medication, according to Racing and Sports. According to Racing and Sports Five others also received bans for their involvement in the case of Midsummer Sun (GB) (Monsun {Ger}), who was found to have illegal levels of cobalt in his system after a win in January under the care of Kavanagh: Veterinarian Dr. Tom Brennan is banned for six years for supplying the product containing cobalt and providing false evidence; Aaron Corby, Brennan’s practice manager, is banned three months; John Camilleri is banned for four years and six months and Mitch Butterfield is banned 21 months for giving race-day drenches to horses under Kavanagh’s care; and stablehand Michael O’Loughlin has been banned 30 months for his involvement in the race-day administrations and failure to attend the inquiry.

Stewards calculated Kavanagh’s penalties at 18 years and three months, but reduced the sentence by grouping together some of the penalties. Kavanagh said he will fight the verdict.

“I feel like I’ve been given a life sentence for a first offence,” he told Racing and Sports. “Of course I will appeal. I’m gutted.”