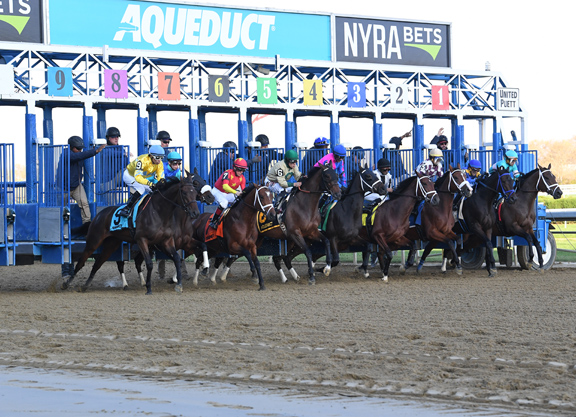 Launched in 2018, the challenge is open to local trainers with 20 or fewer horses nationwide. Kantarmaci topped the standings, racking up 133 points in the unique contest that highlighted horses' performances in winners' claiming races on the main track. Randi Persaud was second with 83 points, with Edward Barker [68] and A.C. Avila [65] rounding out the quartet who cracked the 60-point threshold.

The top eight trainers in the contest shared a prize pool of $80,000, with Kantarmaci earning the first-place prize of $16,000.

“It's a great feeling and to get a title like this racing in New York, I'm really delighted with that,” Kantarmaci said. “It shows we can have consistent success with the claiming horses, and most of them have improved from when they were claimed, and some of them have gone on to allowance races. I couldn't get points with those, but of course, I made money with them by moving them up.”

“I think I'm one of the best claiming trainers in New York right now,” Kantarmaci said. “I've won a few at Aqueduct and one at Belmont. So, it shows we can do well at Belmont and at Aqueduct, which has a long winter meet. There aren't many young trainers in New York; just a few. It's hard to win that much with just claiming horses. But it's gotten people's attention and some owners have asked us if we're available to train their horses, so a claiming title like this in New York has been really helpful.”

The Under 20's Claiming Challenge continues into the current spring/summer meet at Belmont Park, which started Apr. 22 and runs through July 11. This contest encompasses both main track and turf contests.