July 24 Insights: The March of the Pricey 2YOs Continues at Saratoga 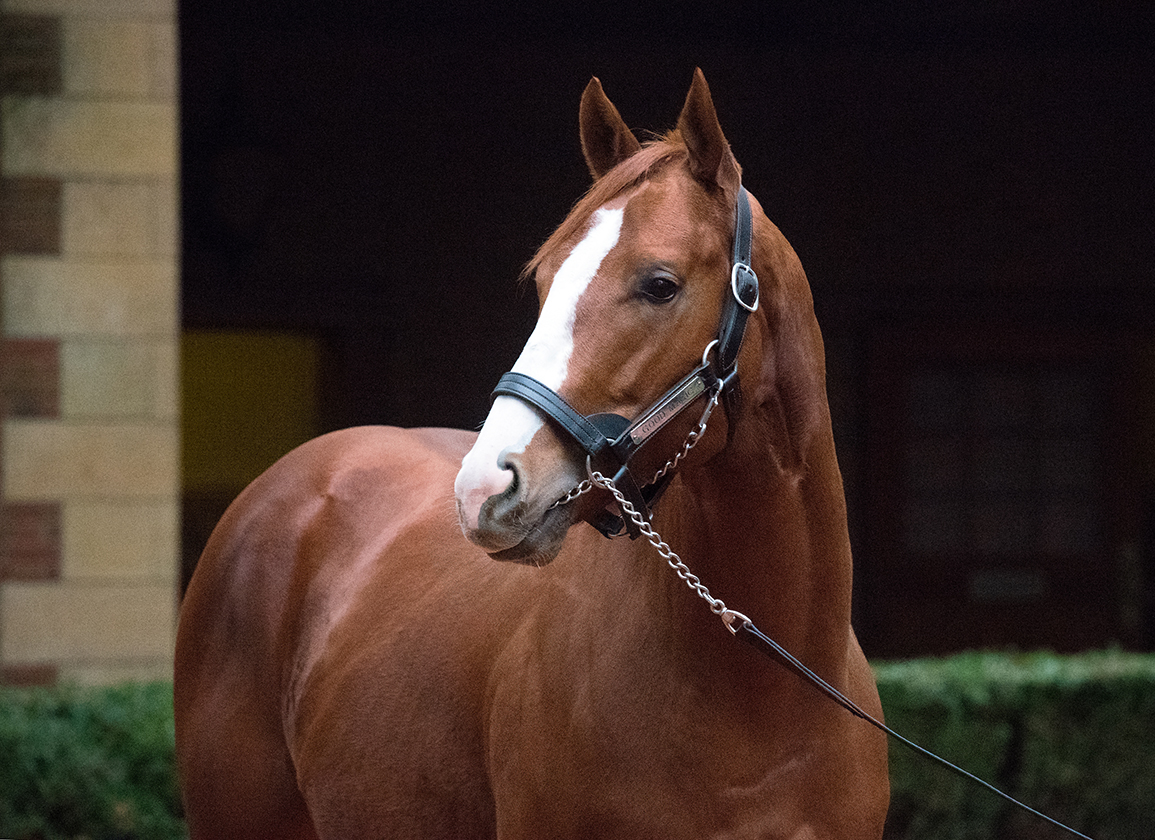 1st-SAR, $105k, Msw, 2yo, 6f, 1:05p.m. ET
The WinStar and Siena Farm partnership sends out FAITHFUL AND TRUE (Good Magic), a $450,000 OBSMAR grad out of a half to Champion older mare Escena (Strawberry Road {Aus}), for his unveiling from the Rodolphe Brisset barn. Along with Bat Flip (Good Magic), a $350,000 FTSAUG yearling who is out of a half to MGISP Money Multiplier (Lookin at Lucky) and the dam of MGSP Threes Over Deuces (Flat Out), they make up two parts of the triplet debuting in the race for their freshman sire. Bourbon Bash (City of Light) debuts here for D. Wayne Lukas, who sends the colt–out of a half to GISW Volatile (Violence)–to post for BC Stables. Upgrade (Flatter) rounds this field as the most expensive of the bunch, a $550,000 KEESEP purchase by Repole and St Elias Stables last year. His young GSP dam has produced GI Frizette S. placed A Mo Reay (Uncle Mo). TJCIS PPs

6th-SAR, $105k, Msw, 2yo, f, 6f, 3:55 p.m. ET
RARIFY (Justify) is a daughter of Bella Jolie–making her a half to champion sprinter-turned-sire Runhappy (Super Saver)–and a $750,000 KEESEP purchase by the powerhouse connections of Westerberg, Mrs. John Magnier, Jonathan Poulin, Derrick Smith, and Michael Tabor, looms a long a shadow over this field. Wesley Ward will send her to post in this juvenile dash. Randomized (Nyquist) looks to validate her $420,000 KEESEP price tag for her Preakness-winning connections of Klaravich and Chad Brown. She's out of a half to MGISP millionaire Smooth Air (Smooth Jazz) and the dam of course record-setting MGISW Got Stormy (Get Stormy). Take Charge Briana (Curlin), hailing from the family of broodmare of the Year Take Charge Lady (Dehere) via second dam Charming (Seeking the Gold), goes out from the D. Wayne Lukas barn. TJCIS PP

7th-SAR, $105k, Msw, 2yo, f, 1 1/16mT, 4:29p.m. ET
IDEA GENERATION (IRE) (Dubawi {Ire}) looks set to continue what could be a big day for the Chad Brown barn. Klaravich Stables went to 340,000gns–about US$485,808–at TATOCT last year for her. Out of a half to G1SW Zoffany (Ire) (Dansili {GB}); G1SP Rostropovich (Ire) (Frankel {GB}); and GSW Wilshire Boulevard (Ire) (Holy Roman Emperor {Ire}), the firster picks up the services of Irad Ortiz Jr. Stay Lost (Bernardini) is part of the Joseph O'Brien contingent brought over by the young trainer for the Saratoga meeting. Her dam was runner-up in New Zealand's G1 One Thousand Guineas. TJCIS PPs

4th-DMR, $80k, Msw, 2yo, 5f, 6:33p.m. ET
John Shirreffs sends the Stonestreet-bred, C R K Stable-owned SKINNER (Curlin) to the blocks for his career showing here. The colt is out of a dam who is no stranger to California, former 'TDN Rising Star' and GIII Rancho Bernardo H. heroine Winding Way (Malibu Moon), and has a set of winning half-siblings. They dropped a cool $510,000 at OBSAPR to secure him a few months ago. TJCIS PPs

6th-MTH, $55k, Msw, 3yo/up, 1 1/16mT, 2:35p.m. ET
Breaking from the rail, MANASSAS (Frankel {GB}) brings Group and Grade I quality pedigree on both sides. His sire needs little introduction, but his dam Avenge (War Front) was a good racehorse in her own right, twice winning the GI Rodeo Drive S. and finishing third in both the GI Breeders' Cup Filly and Mare Turf and the Gamely S. at Saratoga. His dam's half-sister Lira (Giant's Causeway) was graded stakes-placed, and was herself the dam of a stakes winner. This is the family of GISP Grasshopper (Dixie Union) and of the globetrotting MG1SW Mashaallah (Nijinsky II). TJCIS PPs