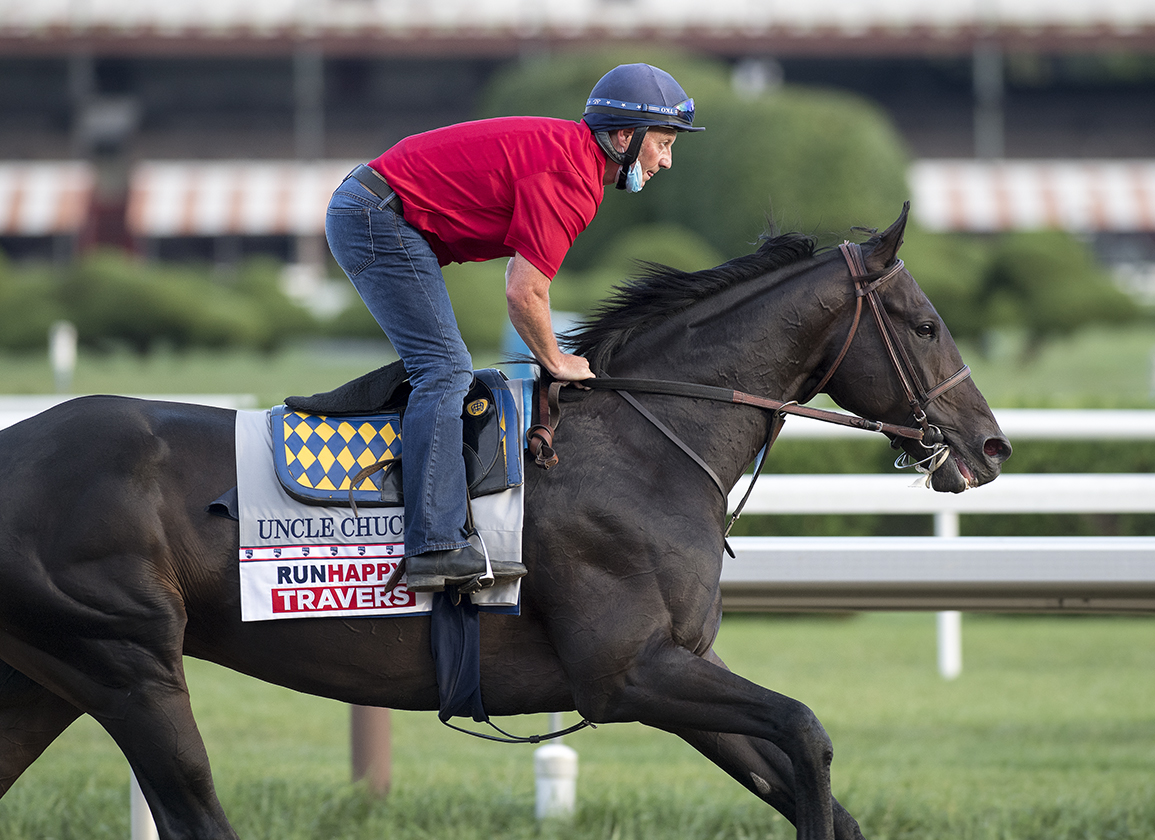 At Journeyman Stud in Ocala, Florida, one feels a sense of family and mutual respect among all of the inhabitants–horses, dogs and people. The atmosphere is relaxed and happy. Brent Fernung of Journeyman Stud and his wife, Crystal, have been cornerstones of the Thoroughbred industry in Florida for more than 40 years. Under Fernung's management Congrats, the leading first-crop sire of 2010, and Wildcat Heir, North America's leading second-crop sire in 2010, both began their careers.

In addition to its two new stallions Uncle Chuck (Uncle Mo–Forest Music, by Unbridled's Song) and Chance It (Currency Swap–Vagabon Diva, by Pleasantly Perfect), Journeyman Stud currently stands Khozan, Florida's leading sire in 2020 and 2021, as well as St Patrick's Day and Mr. Money. Fernung said he wasn't necessarily looking for a new stallion when he went to the Keeneland November Sale. But when, at the suggestion of friends Des Ryan and Ben Glass, he visited Uncle Chuck, he said he knew this was a stallion prospect that would appeal to Florida breeders.

“In his first start, [Uncle Chuck] dominated a field of maidens winning by seven lengths, and it could have been 70 lengths. And he was obviously still green, [he] got about mid-stretch and switched to his left lead and kind of started gawking around and was still drawing off from them under what wasn't particularly perfect circumstances,” said Fernung. “Then of course, he followed that up with a four-length victory over Thousand Words in a Grade III running a mile and an eighth in his second start. So, I don't think there was any distance limitations to this horse at all.”

Brilliance on the track is just one of the pillars Fernung looks for in a successful stallion and he said Uncle Chuck checks all of his boxes.

“Forest Music was a very good race mare. First of all, she might have been the fastest daughter of Unbridled's Song to make it to the races,” said Fernung. “And as a broodmare, besides producing a top-quality stallion in Maclean's Music, she's produced two other graded stake winners besides Uncle Chuck. It's a great family. You can't beat it.

“When the opportunity arose to get Uncle Chuck, I looked his pedigree up. And he had this tremendous pedigree,” said Fernung. “But more importantly, he was a top racehorse that was brilliant in the few starts he was able to make. That's the trifecta, in my opinion.

Fernung said Uncle Chuck's physical is another attribute adding to his appeal.

“Uncle Chuck physically is such an impressive horse,” said Fernung. “He's got plenty of bone. He's a big horse, probably 16.3. And he's just as correct as he can be. He's really an entire package physically. His ability, his pedigree, his sire, put together with that physicality is really an unusual combination of traits to get down here.”

Uncle Chuck has been well received already with more than 60 mares in his book and Fernung said the phone is still ringing. In addition to the local interest, Uncle Chuck's ownership group plans to bring a large group of mares to the freshman sire.

“It's an interesting story. I went and looked at Uncle Chuck on my own and the next day I got a call from Frank Taylor from Taylor Made and Frank says, 'I just been out here to look at this horse. Would you be interested in standing him down in Ocala?'” said Fernung. “Getting Taylor Made involved has always been fortunate for us. Of course, they were the ones who originally sent Wildcat Heir down to Journeyman.” 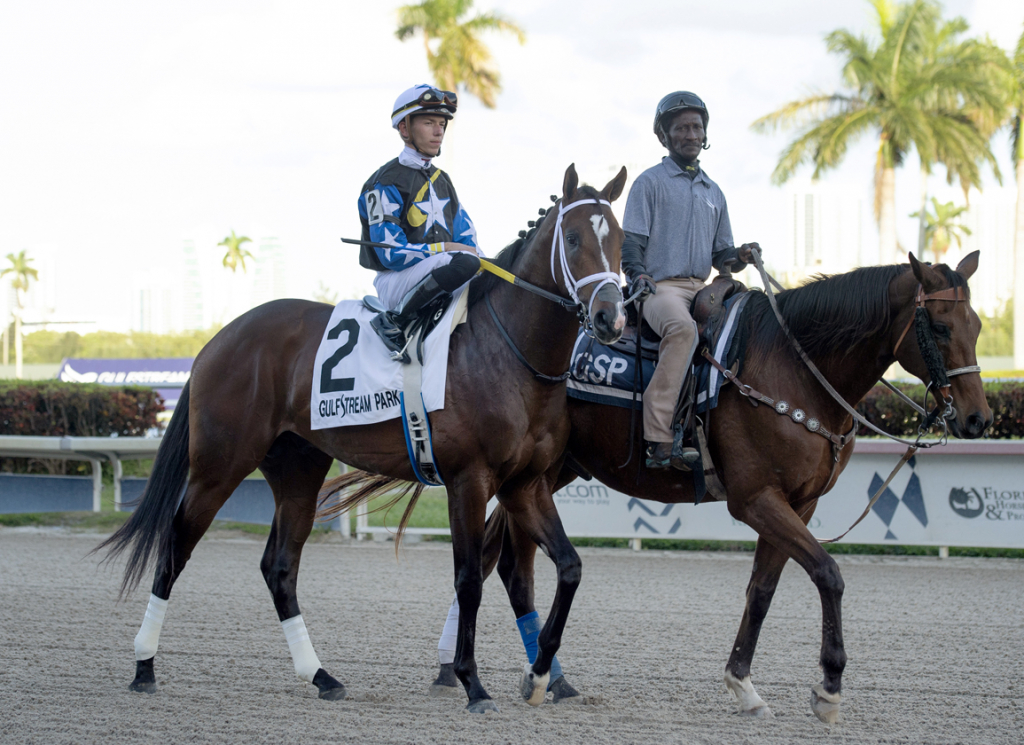 Chance It, Journeyman's other new stallion, has been a fan favorite in Florida for his entire racing career. With lifetime earnings of $583,330, he was on the board in nine of 11 starts with six triple-digit Beyers. A multiple FTBOA Florida Sire S. winner at two and an additional black-type winner at three, he finished third in Saratoga's GI Forego S. at four.

“Chance It has great local appeal here in Ocala. He was Florida's horse,” said Fernung. “He was destined to go on and do some really great things, in my opinion. But then he injured himself. He came back, placed in a Grade I sprint stakes, had the potential to win one of them, but injury ended his career at that point.”

As to Fernung's formula for success, Chance It has more than just racing ability.

“Chance It's a big, strong correct horse,” said Fernung. “He's 16.2. You can see the reason he was so fast when you look through his hindquarters and his shoulder. He moves like a cat, just a very nice physical.”

Fernung said Chance It's ownership group, led by Mary Lightner with advice from her father, Mike, is as enthusiastic to bring mares and support the stallion in his new career as they did with his racing career.

“We've been friends with them for 30 years,” said Fernung. “The opportunity to own a stallion with them was one that we really embraced.”

Fernung said he believes Chance It has a great chance to succeed in Florida.

“Our entire industry down here has been developed through 2-year-old racing,” said Fernung. “I think Chance It has that kind of physicality to him that's going to get you early horses that can really run. I'm excited to have the opportunity to stand him.”