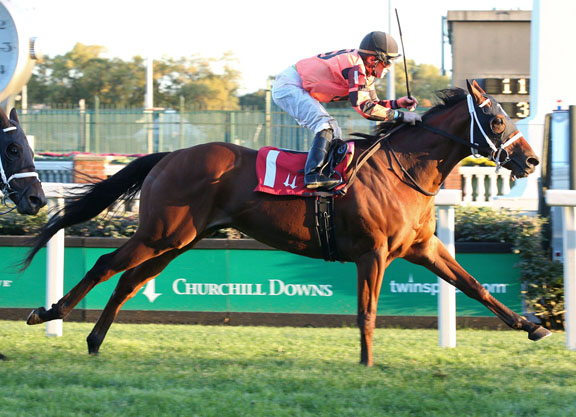 Roughly 90 minutes before he saddles Chance It (Currency Swap) in the GII Lambholm South Tampa Bay Derby, trainer Saffie Joseph, Jr. will attempt to win his native country's most prestigious race, the $119,500 Sandy Lane Barbados Gold Cup, for the first time when he sends out American import Renaisance Frolic (Paynter).

A stakes winner at two and three for trainer David Fawkes, the 5-year-old strung together a trio of allowance victories last fall at Churchill Downs and Indiana Grand and was a latest fourth in the rained-off Buddy Diliberto Memorial S. at the Fair Grounds Dec. 21.

The 6-year-old mare Celestial Storm (Get Stormy) is the defending Gold Cup champion, having defeated former Chad Brown trainee Night Prowler (Giant's Causeway) into third 12 months ago and most recently repeated the dose by a short head in the Coolmore 'Home of Champions' Stakes & Trophy at the Garrison Savannah Feb. 1 (see below).

St. Lucia is represented by its first Gold Cup entrant in the form of China Horse Club's Colonels Pride (Colonel John), runner-up to Casting Crowns (Warrior's Reward) in the inaugural Pitons Cup back in December and making just his second career start on turf. China Horse Club's Run Bayou (Interactif), third in the Pitons Cup, has been withdrawn.

The Gold Cup, a non black-type race, has an approximate post time of 4 p.m. ET. Click for a live feed.