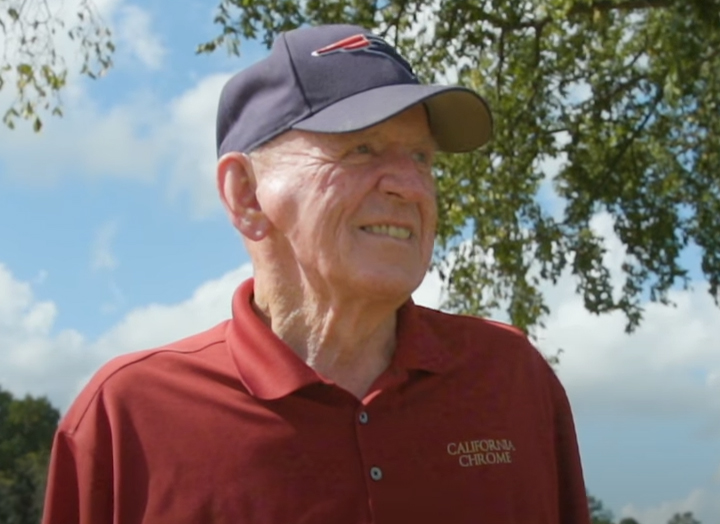 John A. Hall, the longtime yearling manager at Taylor Made Farm and a member of one of New England's most prominent Thoroughbred racing families, died May 22 after fighting cancer for several years.

Frank Taylor, the vice president of boarding operations at Taylor Made, who worked closely with Hall, confirmed the death to TDN Monday. He said Hall died at his Delaware home in the presence of his wife and family members after receiving hospice care.

Hall's age was unavailable and funeral information was not yet complete.

“John was just the best–a great human being. He was so 'other-person' centered,” Taylor said. “He was a tremendous mentor who was always guiding and helping other people, and he became like a second dad to a lot of people. He was a super-good horseman, full of wisdom, and a very spiritual and faithful guy. He passed that along to a lot of people. He was just a godsend to Taylor Made.”

Hall was raised in Massachusetts, where his father, Norman, was a professional show horse rider, a huntsman for the Norfolk Hunt Club, and later a judge at the National Horse Show at Madison Square Garden. Norman switched the focus of his family's horse business to Thoroughbreds in the 1940s, becoming a noted regional breeder just as racing was expanding throughout New England. For decades after his death in 1989, the Norman Hall S. for Massachusetts-breds was run annually in his honor at Suffolk Downs.

John and his four siblings grew up surrounded by horses, and all but one of them ended up working in the racing business. His sister Carol was the first female to receive a license as an exercise rider on New England tracks in the early 1950s. His brother Pete was a veterinarian based at Monmouth Park for over 25 years before joining the Keeneland selections team. His sister Holly worked in the Suffolk Downs stewards' office and now operates a boarding facility at the original family farm in Norfolk, Massachusetts.

John Hall was a fixture himself in Massachusetts horse racing. But 25 years ago he took a chance at venturing to Kentucky when presented with a job offer from Taylor Made, with whom he had a long-standing relationship as a client.

Taylor said Hall initially accepted the position for a year to see if he'd like it. He ended up staying, getting promoted to various positions, and becoming a part of the Taylor Made family for the rest of his life.

“In 1996, I had a chance to go to Kentucky and work for Taylor Made, and it was a dream come true for me,” Hall said in a video profile for the first of those award nominations. “To deal with those kinds of horses, it was a great opportunity. What I enjoyed the most about being in Kentucky was the horse comes first. No matter what else is going on, that's the most important thing in your life.”

Taylor said Hall had semi-retired several years ago, moving from Kentucky to Delaware, but remaining active for Taylor Made in bloodstock investments, picking out weanlings to sell as yearlings.

Taylor noted that the bloodstock investments team that Hall was a part of ended up having four horses it selected run in the last five GI Kentucky Derbies.