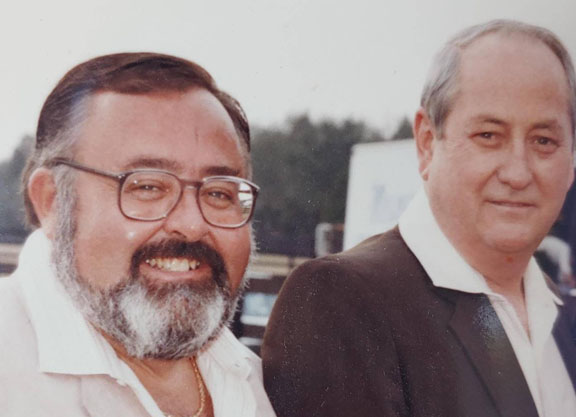 Longtime Thoroughbred horseman John Fernung, 79, passed away Mar. 5, 2020, in Ocala, Florida. In the early 1970s, Fernung was the racing manager for the powerful Dan Lasater Racing Stable. Lasater Stable was the leading money winning stable in the country five years in a row and won three Eclipse Awards during that time. During Fernung's tenure as Lasater's racing manager, the stable raced Grade I winners, Hot N Nasty, Honky Star and Royal Glint among others.

In the late 1970s, Fernung relocated from the racetrack to become Lasater's Farm Manager in Ocala. During the next few years, Fernung and Lasater developed a nationally renowned stallion station. Among the stallions they brought to Ocala were North America's leading sire in 1981, Nodouble, his sire Noholme II, Holy Bull's sire Great Above, and Silver Charm's sire Silver Buck.

When Lasater dispersed his Thoroughbred holdings in 1984, Fernung purchased the 1000-acre facility in partnership with another Eclipse Award winner, John Franks, to form Southland Farm. During his tenure with Franks, Fernung syndicated At The Threshold, sire of 1992 Kentucky Derby winner Lil E Tee.

Fernung also mentored several members of his family who entered the Thoroughbred industry. Among them is his brother, Brent Fernung, who along with his wife, Crystal are the owners of Journeyman Stud in Ocala. Fernung's nephew, Scott Warner is the farm manager of Robert S. Evans's Courtland Farm in Maryland. John Fernung's son Andrew is the latest member of the family to enter the Thoroughbred industry. Andrew is currently the Sales Coordinator for Eddie Woods Stable.