Japan Road to the Kentucky Derby Returns to Tokyo 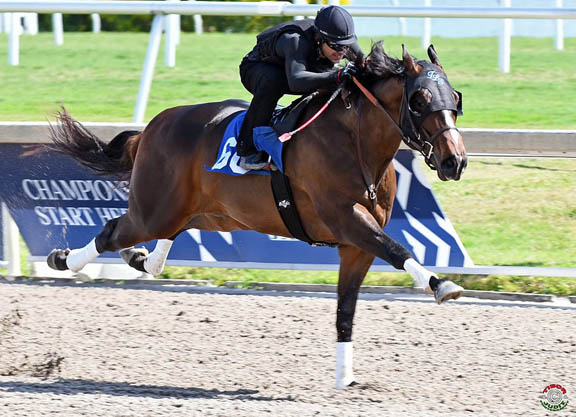 Cafe Pharoah, a $475,000 acquisition out of last year's OBS March Sale, attracted the services of the visiting Ryan Moore for his nine-furlong unveiling at Nakayama Dec. 14 and the son of Paul Pompa, Jr.'s talented MGSW Mary's Follies (More Than Ready) made light work of it, streaking home a 10-length winner (see below, gate 1). The form of that particular race was franked when the next two home returned to graduate in their respective next starts, and top jockey Mirco Demuro only adds to the appeal. Cafe Pharoah is the 7-10 favorite as of this writing.

Meisho Tensui (Jpn) (Dunkirk) landed his first two career starts at Tokyo and was last seen finishing fourth as the favorite in the Listed Zen-Nippon Nisai Yushun, the second of the Derby points races, at Kawasaki Dec. 18.