January Offering Could Put a Buyer on the Derby Trail 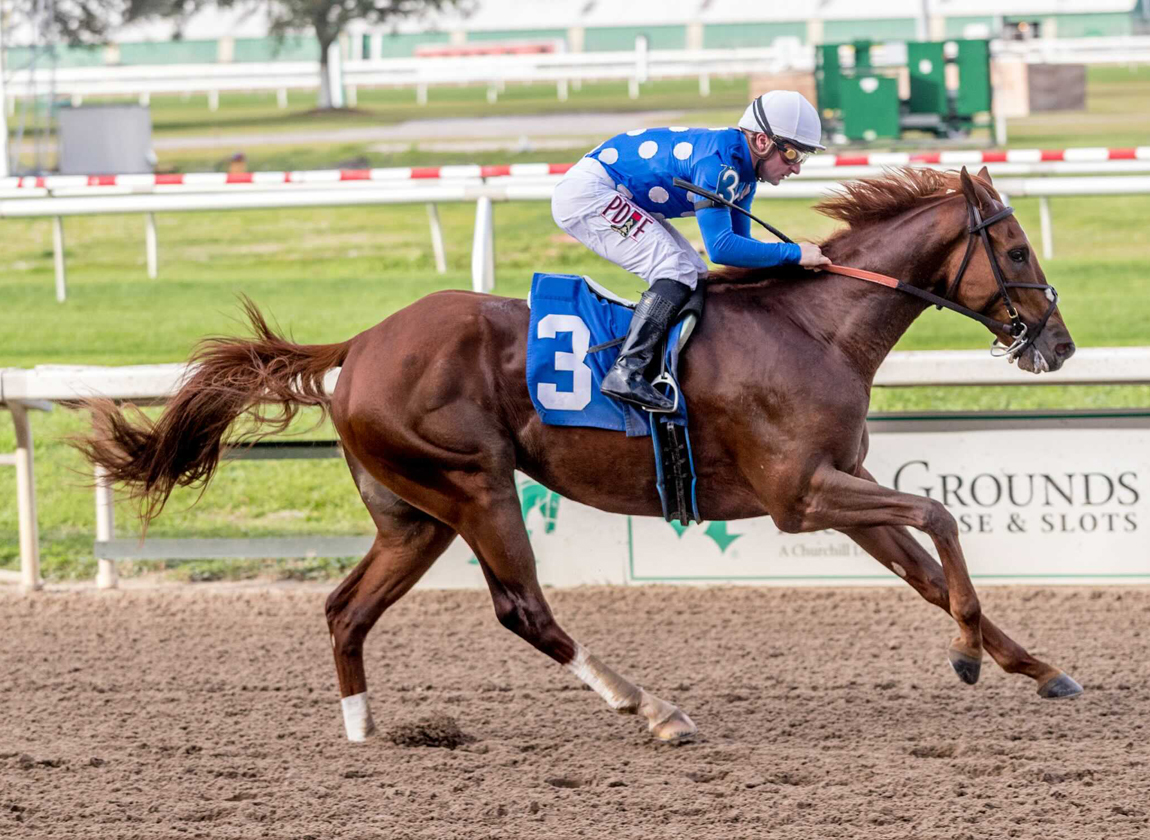 Bidders will have the chance to vie for a promising 3-year-old when debut winner Belgrade (Hard Spun) (hip 853H) goes through the ring at the Keeneland January Horses of All Ages Sale Wednesday in Lexington. The colt was purchased by Randy Bradshaw for $45,000 at the 2020 Fasig-Tipton Selected Yearlings Showcase and had originally been targeted for resale at the Fasig-Tipton Gulfstream Sale.

“He was a good-looking horse, but I am kind of a Hard Spun fan,” Bradshaw said of the colt's appeal as a yearling. “He fit the bill as far as what we like and the price was right, so it all came together.”

Bradshaw continued, “We had him in the Miami sale, but he just had some baby issues that were probably going to mean we wouldn't be able to make that sale. He belongs to my wife and me and we decided we were just going to go ahead and give him some time and try to get him back to the racetrack and maybe sell him then.”

Belgrade made it to the races last month at the Fair Grounds and immediately proved well worth the wait, romping home to a six-length victory (video) as the 3-5 favorite for trainer Brendan Walsh.

“We expected he would run well,” Bradshaw said. “He had worked with a filly that Brendan had who he said was a really good filly. They worked right together a couple of times. And the times he worked him out of the gate, Brendan told me worked really, really well. So we were confident he was going to run well. You hate to say you expect they will win first time out, but we were pretty confident.”

Belgrade stalked the pacesetters in his six-furlong debut before making a sweeping three-wide move and powering to the lead while under no pressure.

After his debut victory, Bradshaw decided to supplement Belgrade to the January sale through the Four Star Sales consignment.

“We have had such good luck selling these horses in the sales after we've got them to the races and they've done well,” Bradshaw said of the decision to add the colt to the January sale. “It was a perfect time to get him in the sale.”

Belgrade's debut puts him right up with some of the leading horses of his division.

“His Rag number came back 13,” Bradshaw said. “He actually ran a better number than [likely 2-year-old champion] Corniche or Pappacap in their Breeders' Cup races. He ran a faster number than they did.”

Belgrade is out of the unraced Miss Prytania (Eskendereya), a half-sister to graded stakes winners Medal Count (Dynaformer) and Garden District (Dixie Union).

Between his debut win and his pedigree, Belgrade could attract buyers hoping to find a horse for the Derby trail this winter, according to Bradshaw.

“Pedigree-wise, he is probably bred to run a 1 1/8 mile or 1 1/4 mile,” Bradshaw said. “So we think his best days are ahead and we thought we could maximize everything by getting him to the January sale. If the price is right, we'd even stay in for a piece of him.”

“We sold her for a lot of money after that,” Bradshaw said. “So I have had really good luck with the Hard Spuns we've had.”

He reinvested in the stallion when purchasing a yearling colt out of Inspeight of Us (Speightstown) (hip 403) for $325,000 at last year's Keeneland September sale.

“They are good, durable horses,” Bradshaw said of Hard Spun's offspring. “I wouldn't say he is an underrated sire, but I would call him solid for sure.”