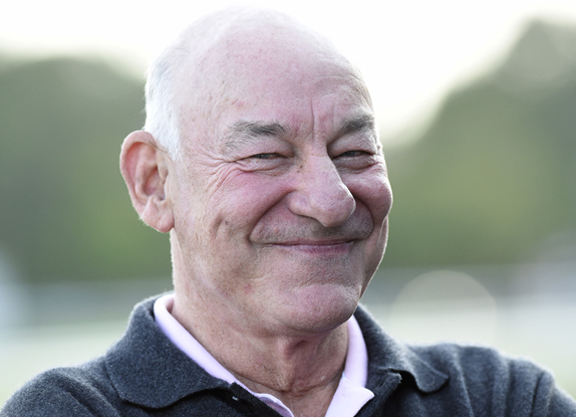 Fresh off a dominant Grade I win by his Starlight Racing's Charlatan (Speightstown) and a newly-minted 'TDN Rising Star' for his outfit, Jack Wolf joined the TDN Writers' Room presented by Keeneland Wednesday morning. Calling in via Zoom as the Green Group Guest of the Week, Wolf talked about the highs and lows of 2020 with his barn star, Thoroughbred aftercare and more.

Charlatan's 3-year-old campaign featured dazzling victories but also a disqualification for a positive drug test in the GI Arkansas Derby and a long layoff that forced him to miss the GI Kentucky Derby. Luckily for Starlight, they also owned a piece of a colt named Authentic (Into Mischief) who carried the flag to a Derby victory and presumptive Horse of the Year trophy.

“It was a roller coaster,” Wolf said. “Initially we had three big horses in there of which Charlatan looked like he was probably going to be the best of the three with Eight Rings and Authentic. Then all this stuff happened. We went to Arkansas and got the disqualification there, then we had to remove a small chip [in his ankle] and that put everything up in the air. In any case, when you've got somebody like Bob Baffert adjusting to all these changes, I think we have a little bit of an advantage over everybody else. Then we had Authentic, who [because of the Derby postponement] had seven weeks between the Haskell and the Derby. I don't think Authentic would have won the Derby if it was run May 2, and it all just worked out. Crazy business.”

“I think we've got her on the right surface now,” Wolf said. “The field that she beat the other day, there were some pretty nice horses. I was talking to one of our partners last night and he asked if I thought we'd win the race. I was at the race. So, I'm not going to go down there without thinking we're going to win the thing. But, in any case, I didn't think we'd win by 8 3/4 lengths. She'll probably run in an allowance race next and we'll point for something like the Belmont Oaks and some of those longer turf races, in the summer.”

Elsewhere on the show, the writers reacted to the passing of Juddmonte Farms' Khalid Abdullah, discussed the swift industry backlash to Eric Guillot in the West Point Thoroughbreds news segment and looked forward to the beginning of Derby prep season. Click here to watch the podcast; click here for the audio-only version.