Home » Archive » Europe » 'It's Rare That We See Stats Like That': Rimaud on Zarak

'It's Rare That We See Stats Like That': Rimaud on Zarak 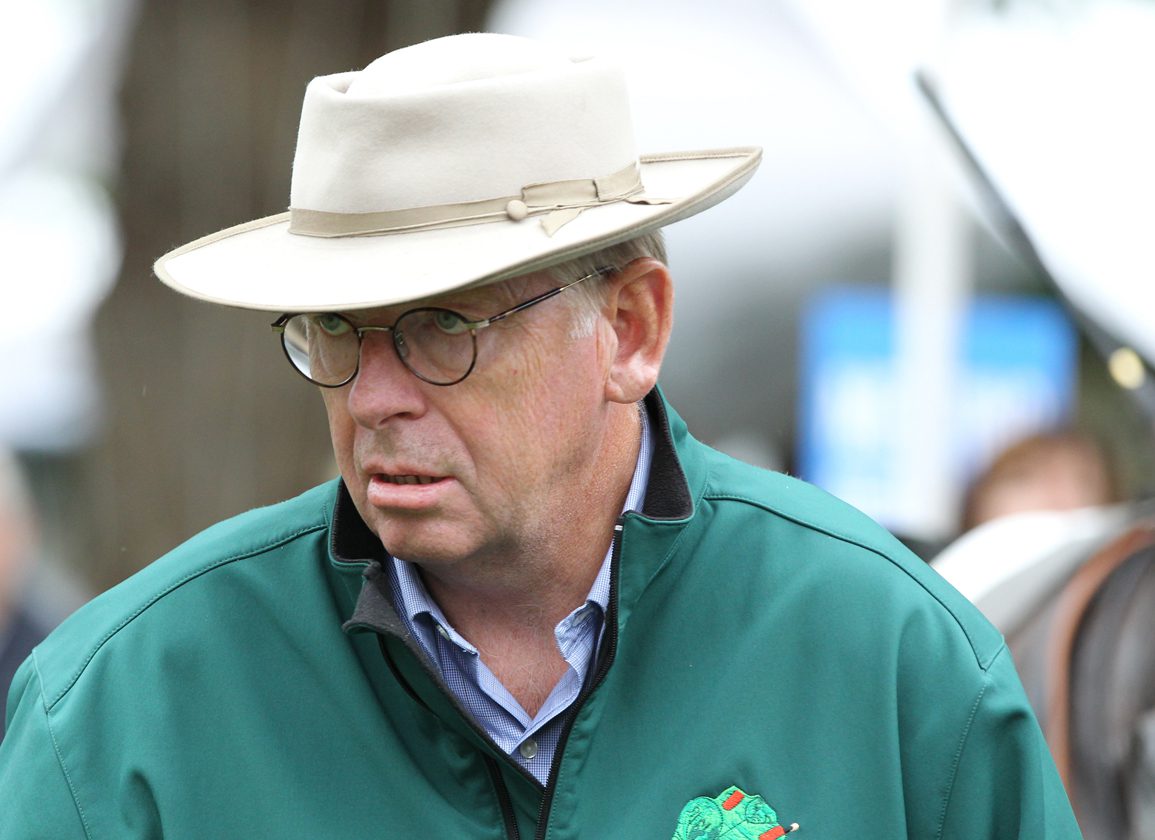 The Aga Khan Studs is celebrating 100 years of success in 2022, making the emergence of Vadeni (Fr) (Churchill {Ire}) as one of the most talented colts in training and Zarak (Fr) being one of the hottest young stallion prospects in Europe all the more fitting.

Georges Rimaud has played an integral role in the success of the organisation. The manager of HH Aga Khan's studs in France, Rimaud reflected on the success of Vadeni in Saturday's

G1 Coral-Eclipse at Sandown and shared his delight at the popularity of Zarak among breeders in this week's Q&A.

For all of the joy the G1 Irish Champion S.-bound Vadeni has generated in strutting his stuff in the top European races, those associated with the iconic Aga Khan studs in France have enjoyed similar levels of excitement with the impressive numbers posted by the up-and-coming sire Zarak.

His blistering start at stud earned a fee rise from €12,000 to €25,000 and Rimaud shared how breeders have been unwavering in their support of the young stallion who, in being out of the champion racemare Zarkava (Ire) (Zamindar), carries a tremendous legacy.

Brian Sheerin: You have spent over 20 years managing the breeding interests of HH Aga Khan and have enjoyed huge success. Where does Saturday's Coral-Eclipse S. victory with Vadeni rank?

Georges Rimaud: We have had a lot of success in England before, but Saturday was a great day. The opportunity to be a part of the Coral-Eclipse, which is such a difficult race to win, was one thing but to win it and beat some very solid race horses along the way was something very special.

BS: The decision to send Vaderana (Fr) (Monsun {Ger}) [Vadeni's dam] to Churchill is looking like an inspired one now.

GR: Obviously we have consultations over every mating and it's always a joint effort. The dam was at a stage in her life where she could go to an unproven stallion like Churchill and, because she needed a bit of size, he provided that element. The dam is not very big and Churchill is a good model. He was a champion 2-year-old, a very fast son of Galileo (Ire), and that's what we felt we needed for this mare. It has worked out, thank God!

BS: What has Vaderana got coming through?

GR: She is in foal to Sea The Stars (Ire). She has a colt foal by Too Darn Hot (GB) and she was barren the year before that. She also has a 2-year-old Camelot (GB) gelding in training with Jean-Claude Rouget.

BS: And Jean-Claude Rouget is aiming Vadeni to the Irish Champion S. at Leopardstown. He has charted a similar path to victory in that race before with Almanzor (Fr).

GR: That has been the plan for some time with this horse. The Irish Champion S. is known as a very good race in the second half of the season and some very good horses have won it–including Azamour (Ire) in 2004. It's a race we'd like to participate in and Jean-Claude [Rouget] has had some good luck at Leopardstown with Almanzor. We are looking forward to it. Vadeni will probably have a nice break and will go directly to Leopardstown for that race.

BS: Speaking of Ireland, the stud enjoyed big-race success there on Irish Derby weekend when Shartash (Ire) (Invincible Spirit {Ire}) landed the G2 Railway S. at the Curragh. He looks an unusually quick horse for the Aga Khan.

GR: It's interesting how people perceive that we breed slow racehorses. He is fast. He could be quite talented but it is obviously very early in his career. It is nice to have a young trainer like Johnny Murtagh and to have horses like Shartash coming through, especially in this year, which is the 100-year anniversary of the Aga Khan breeding operation. All of this is happening in good time, which is great, and we can only be honoured to serve in this excellent organisation.

BS: There is obviously an extra significance to these big-race successes.

GR: If it were happening last year we'd be just as thrilled but this is a funny business in that some years are slow. We are very happy that we are having good success this year. But in the case of Shartash, Pat Downes would obviously have more of an association with him and with Johnny, but it is great to have these nice horses who can compete at every level and at different age groups. It makes it very satisfying for the breeding operation with a view towards the future.

BS: Along with Vadeni, one of the main reasons I wanted to speak with you was to discuss the phenomenal start Zarak has had at stud. His numbers are quite impressive.

GR: Zarak has obviously done very well so far. He posted some excellent stats with his first crop. It's very gratifying to have a stallion like him, especially with his pedigree. He is by Dubawi (Ire) and out of Zarkava (Ire), which is very satisfying. When you speak of the centenary in that light, I think it is quite special. When Zarkava won the Arc, His Highness said that it epitomised his breeding operation. Now, with a son of Zarkava emerging to be one of the leading stallions in Europe, it's very promising. It's rare that we see stats like that and hopefully the quality can be maintained in his next crops. He seems to really improve the mares that he has been bred with but he has had a steady flow of good mares. It's been good; he covered 160 mares this year so hopefully there will be some nice stock coming through by him.

BS: Like you said, he has a pedigree to die for and did it on the track. However, you can never be sure that they will make it at stud. The early signs are that Zarak is on the cusp of being a high-class stallion.

GR: There are interesting elements that would make you gain confidence as you go along. The popularity of the horse is quite interesting. He is very popular among breeders and a lot of people have come back to him after the first foal was born. Generally, the numbers drop considerably with stallions in their second and third year at stud. But he has had a steady flow of mares and actually it has even increased. That is a strong indication that the breeders are confident in the horse if they are sending their mares back to him. When you have a good number of breeders supporting him like they are, you can't really go wrong, and they are coming back with good reports. That is very significant.